Hey Alexa: Is Your Smart Speaker Harming Your Kids’ Health? 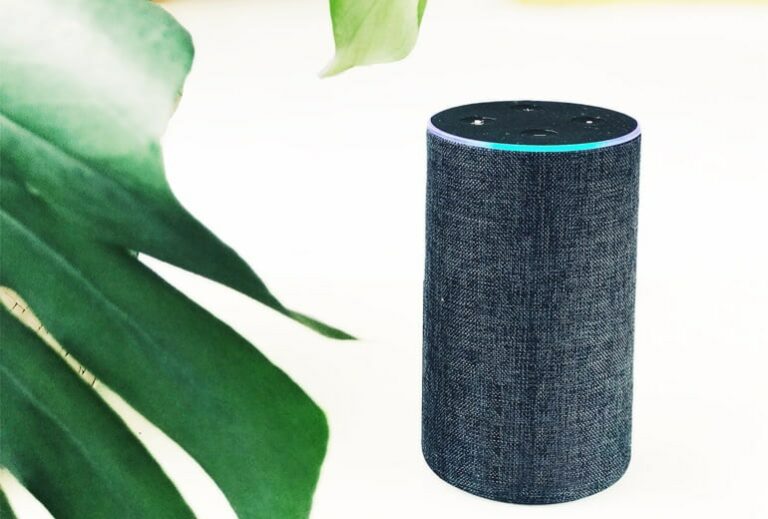 When you talk to Alexa, Amazon’s hands-free speaker, also known as a smart speaker, she answers in the reassuring voice of a friendly, professional woman ready to make your life easier. Puts you at ease, doesn’t it?

That’s the idea behind these wireless, voice-command devices. With a built-in virtual assistant, your smart speaker might play a song of your choosing or tap Google to answer your questions, make purchases for you, tell you the weather, or a host of other tasks. She might even tell you a joke if you ask nicely.

Sounds fun, right? Kids certainly think so. They love to carry around these chatty devices, ask them questions, and call up music for sing-alongs. It’s their new favorite toy.

But these devices aren’t toys, and treating them as such has a big drawback: high radiation exposure (EMF, or electromagnetic frequencies) for growing bodies and delicate brains and organs.

Smart speakers emit radiofrequency radiation, just like cell phones and other wireless devices. While there is little research specifically on how smart speakers affect children, there is plenty of research on how EMFs can affect them.

Children are especially vulnerable to radiation from wireless devices. Here’s why.

Several studies point to issues with adult exposure to EMF, including higher rates of miscarriage, sperm degeneration, specific tumor formations, and a host of other debilitating symptoms like fatigue, headaches, and mood changes.

[Related: 28 Signs That You Are Electrosensitive]

If adults are experiencing these health effects, children’s maturing reproductive, neurological, and other systems are likely even more vulnerable. (Despite how it may seem, their skulls are also much thinner, so they are more susceptible to radiation in their brain.) 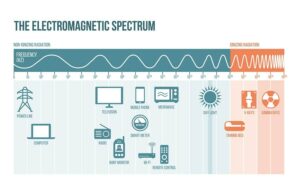 Growing concern for the effects of EMF on children has led to new recommendations from researchers and agencies:

"For children, the cancer risks may be greater than that for adults,” explained Ronald L. Melnick, PhD, a toxicologist at the National Institutes of Health, now working as an independent consultant. His research team at NIH suspects “there could be greater penetration and absorption of cell phone radiation in the brains of children and [that] the developing nervous system of children is more susceptible to tissue-damaging agents.”

“Children's skulls are thinner and can absorb more radiation,” the AAP website states. With this in mind, the organization recommends texting over calling and using speakerphone when possible, holding cell phones at least an inch from your head [note: other experts recommend you keep your device much further away, and not in your pocket or bra, either], keeping calls short, downloading movies to watch in airplane mode instead of streaming over Wifi, and for parents to avoid letting children teethe on their devices.

[Related: Is EMF Making You Sick?]

California’s leaders have become more vocal recently about the hazards of radio frequency (RF) exposure and are ratcheting up pressure on the state’s tech titans to take greater responsibility for consumer safety. 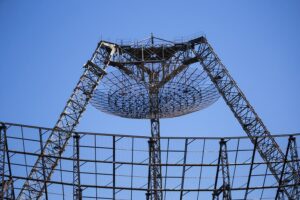 The California Department of Public Health released revised guidelines on EMFs and included this statement under the title, “Are cell phones safe for children?”:

EMFs can pass more easily into a child’s brain than into an adult brain. Also, the brain is still developing through the teen years, which may make children and teens more sensitive to EMF exposures. For these reasons, parents may want to limit their child’s cell phone use to important calls and emergencies. Children and teens should follow tips for reducing exposure.

If chucking that new smart speaker altogether isn’t an option, the good news (and I bet you’re ready for some) is that there are simple steps you can take to keep your kids safer.

In the fine print, required by the FCC and which none of us reads, Amazon cautions users to come no closer than 20 cm (about 8 inches) from its Echo smart speakers:

. . . This device should be installed and operated with a minimum distance of 20cm between the radiator and your body. . . [It] is advised to use the Products in such a manner that minimizes the potential for human contact during normal operation.

To satisfy FCC exposure requirements, a separation distance of at least 20 cm should be maintained between the antenna of this device and persons during device operation. Operations at closer than this distance are not recommended.

But remember that even those guidelines are based on how this energy may affect adult bodies. And children aren’t tiny adults. They are still growing and developing parts of their bodies that help protect them.

One of the cheapest, easiest ways to protect against EMFs from smart speakers (and other handheld devices and electronics) is with a Harmoni pendant. This beautiful, functional, wearable device is proven to protect you from EMFs and other forms of stress that harm your health.

3. Keep speakers out of reach.

The convenient part about a smart speaker is that you don’t have to be right next to it or even touching it for it to work. Storing it in a place where kids can’t touch it while interacting with it is the best way to keep them safe from its radiation effects.

Since the speakers are activated by your voice, you could place it on a high shelf in the living room, or on top of the refrigerator, and it will still do everything you’d like it to do. These devices have a fairly wide voice range, so they can recognize when you’re speaking to it even if you’re shouting from the other room.

4. Discourage children from carrying the device.

Since the device doesn’t have to be connected to an outlet to work, it can be placed or moved anywhere you like.

If placing the speaker out of children’s reach isn’t an option, however, let them know that the device is not a toy and it doesn’t need to be touched for it to work. Implement a rule about leaving the device in its place, and talk to them about the importance of keeping a safe distance from wireless electronics.

5. Limit children’s time with the device.

Again, if you are unable to place the device out of reach, or if they’re tall enough to take it anyway, try to keep an eye on the amount of time they handle the device. Just as you would limit TV time or limit computer time, consider limiting smart speaker time to only a few minutes per day. You might even make it a reward for other behavior you want to see (like doing chores), rather than give them unlimited access. (Remember the girl who bought $1,800 in dolls using her parents’ Alexa?)

The California Department of Health Division of Environmental and Occupational Disease Control recommends that adults avoid keeping their phones in their bras, pockets, or anywhere else on their person. For infants and toddlers, the AAP recommends keeping them away from cell phones completely.

With these public health recommendations against cell phone EMFs, it is reasonable to assume the same goes for smart speakers.

6. Keep an eye out for EMF-related health symptoms.

Some people are more sensitive to electromagnetic frequencies than others, so it’s not always the case that you may even notice signs of EMF exposure. However, the exposure still exists, so be mindful of these signs for everyone in the household.

Symptoms of EMF exposure include:

Take note of any changes in their behavior, health, and sleep patterns, and, consider cutting your EMF exposure even further. Prevention is a far better solution, especially for growing bodies. 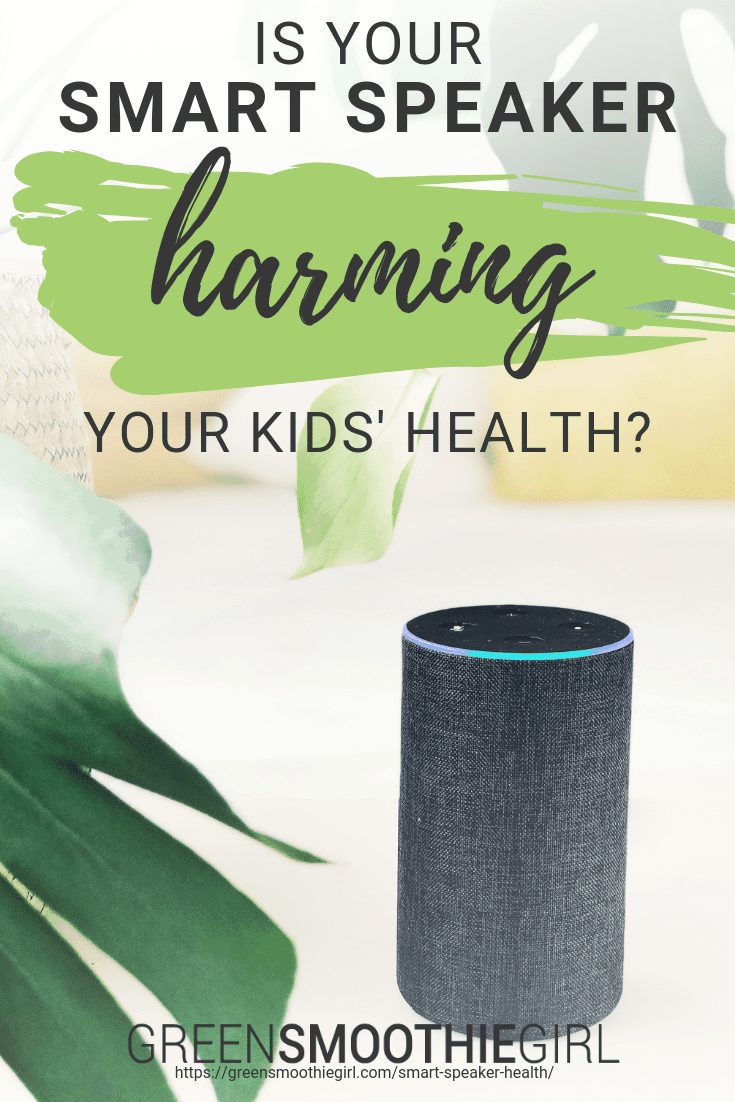 One thought on “Hey Alexa: Is Your Smart Speaker Harming Your Kids’ Health?”