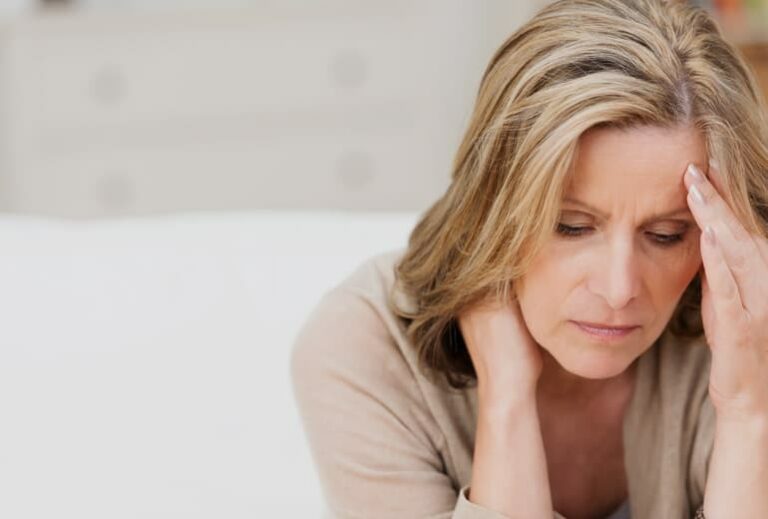 In many instances, headaches can be traced back to dental work. Amalgam fillings, root canals, and ill-fitting crowns have all been shown to potentially cause headaches and, in some cases, even migraines. Let’s go over why going to the dentist and getting your teeth worked on can leave you with chronic head pain and what you can do to help resolve or prevent the headache causes from dental work.

Headaches—The Nemesis of our Time

Headaches are so prevalent that it’s common to hear at least one person a day complain of a headache and reach for an aspirin. They often start as a mild irritant that eventually morphs into a daily intrusion.

From the mild, yet constant sensation of a tension headache to the agonizing experience of a migraine, this pain diminishes the quality of life and can often make the everyday activities of living difficult to perform.

And headaches are affecting a vast number of individuals. According to the World Health Organization¹, up to 50 to 75 percent of adults around the world have experienced a headache in the last year. In the United States, that figure rises to 93 percent with 45 million Americans suffering from chronic head pain.

How Can Your Dentistry Cause Headaches? 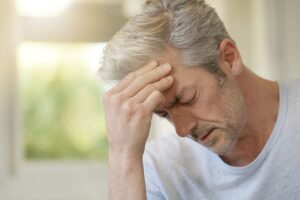 Some headache causes, like root canals, start in the mouth.

Mark A. Breiner, DDS and author of Whole-Body Dentistry, finds that a whopping 85 percent of his patients that have head pain can attribute this symptom to problems with their teeth and jaw. While some of this pain is caused by impacted wisdom teeth, misaligned bites, and the grinding of teeth, all of which can be addressed by a knowledgeable holistic dentist, many headache causes can actually be traced back to previous dental work!

Consider Jack, a patient of Dr. Breiner’s, who complained of daily headaches since the 4th grade. When his amalgam, or silver, fillings were removed and replaced with composite restorations, his headaches disappeared. Not only did his head feel better, he also reported that he could think more clearly. Upon further consideration, he realized that it was when he was 10 years old and in the 4th grade that cavities resulted in dental amalgam fillings.

Dental amalgam fillings prove to be one of the main headache causes connected to dentistry, and there are actually two reasons why these silver fillings are connected to headaches: mercury and metals.

These types of dental fillings are made up of approximately 50 percent mercury, one of the most toxic substances known to man. The rest is a combination of tin, silver, zinc, and copper.

Many traditional dentists as well as the American Dental Association (ADA) insist that the mercury in these fillings carries no risk in regards to health hazards. At one time, the Food & Drug Administration (FDA) agreed. That was until some nonprofit organizations decided to file a lawsuit requesting that the FDA ban this type of filling. Though they did not prohibit the use of amalgam fillings, the FDA did finally agree that these fillings may have a neurotoxic effect on the nervous system of children and fetuses.

The truth is that mercury is released from these fillings in the form of a toxic vapor, and this same mercury is considered a hazardous waste. Research4 reveals that the target organ for inhaled mercury vapor is primarily the brain, and even low doses of mercury can affect the cardiovascular system. Increasing exposure can lead to irritability, fatigue, behavioral changes, tremors, hearing loss, mental clarity and memory loss, as well as headaches.

It really comes as no surprise to scientists and biological dentists alike that this substance could be one of the most significant headache causes. Out of 531 patients³ with headaches who had their silver fillings removed, 87 percent reported an improvement or total cure!

When two or more dissimilar metals are placed in a salt solution, similar to saliva, they generate an electrical current, and that is what can happen in your mouth at each of your amalgam fillings. This current has been shown to be sufficient enough to interfere with the brain and the heart as well as other parts of the body.

Your body normally experiences billions of electrical impulses every hour that are controlled by your nervous system and are responsible for keeping you alive. The electrical currents generated from silver fillings have been shown to irritate and disrupt this delicate balance. According to Mark Breiner, DDS and author of Whole-Body Dentistry, “Studies from Europe indicate that it is considered acceptable for teeth to emit electricity below 100 millivolts.” Yet he has had patients with one tooth with an amalgam filling that measures at more than 900 millivolts!

These currents can irritate the trigeminal nerve—the 5th cranial nerve that transmits sensations from the face to the brain—leading to sometimes debilitating facial pain.

Other physical ailments associated with this disruption in electrical currents include ear and eye problems, dizziness, diminished memory and clarity of the mind, metallic taste and dry mouth, as well as a burning sensation along the tongue, and headaches.

What Do Root Canals Have To Do With Headaches? 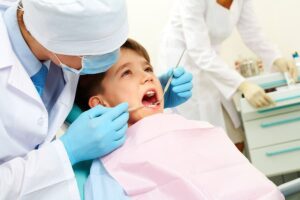 Most holistic dentists are against performing root canals due to the health risks involved.

Most holistic dentists are against performing root canals because the chemicals used to sterilize the procedure, such as formaldehyde, as well as the bacteria that become trapped in the canal, lead to numerous adverse health effects. And one of these effects is a headache.

A tooth that has had a root canal has had its artery and nerve supply removed. This means that, in essence, you are leaving a dead tooth in your mouth. And, as you know, dead tissue attracts bacteria.

Dr. Boyd Haley, a professor of chemistry at the University of Kentucky, took a close look at approximately 900 teeth with root canals. He determined that about 50 percent of the teeth contained enough bacteria to challenge a healthy immune system, 25 percent were fairly benign while the other 25 percent contained toxins more powerful than botulinum, one of the most toxic substances known.

While traditional dentists do not always agree with this correlation or see root canals as headache causes, patients who have found relief from daily headaches by removing their teeth with root canals would suggest otherwise. The following are two cases in point.

·        A patient went to see Mark A. Breiner, DDS and author of Whole-Body Dentistry, hoping that removal of her amalgam fillings would also resolve the migraines she’d been experiencing for years. While replacing these fillings with composite fillings relieved other symptoms, it did nothing for her migraines. They decided to remove her six teeth with root canals, and her migraines vanished.

How Could an Ill-Fitting Crown Cause a Headache?

A dental crown is a cap that fits over a tooth and is usually used in cases where the tooth is severely decayed or damaged. If the fit is not quite right, it can throw off your bite and even lead to grinding of your teeth. This causes the muscles in the jaws to tighten and can lead to a tension headache.

Misaligned bites, clenched teeth and grinding of teeth can also lead to TMJ, or temporomandibular joint dysfunction. This joint, which rests between your lower jaw and the temporal bones of your skull, can become misaligned, resulting in headaches as well as pain and tenderness in the jaw itself.

Crowns–as well as bridges and partials–are often created with metals which can lead to compatibility issues, toxic side effects, and disruption in the body’s electrical currents. Therefore, crowns don’t necessarily have to be ill-fitting to be considered headache causes.

How Can You Determine if Your Teeth are Causing Your Headaches?

If you want to understand your personal headache causes, your best course of action is to make an appointment with a biological dentist who can assess your symptoms from a holistic perspective. Mind you, as with all health care professionals, no two are created equal.

Many dentists use the term holistic or natural solely because they no longer use mercury-based fillings. You will want to ensure that your dentist of choice is not only mercury-free, but also mercury-safe, and uses compatibility testing to determine what dental material will not put an extra strain on your immune system.

In actuality, there are several questions that you should ask before deciding which dentist is best for you. In order to help you with this Herculean task, we called dentists across the nation in order to determine what level of “holistic” dentistry they practiced. We then compiled this information and are offering it to you so that you can make an informed decision regarding this important health consideration. And the best part? It’s free! Check out our Holistic Dentist Finder to get in touch with a holistic dentist in your area.

Read next: Periodontitis vs Gingivitis: Know the Differences & Warning Signs 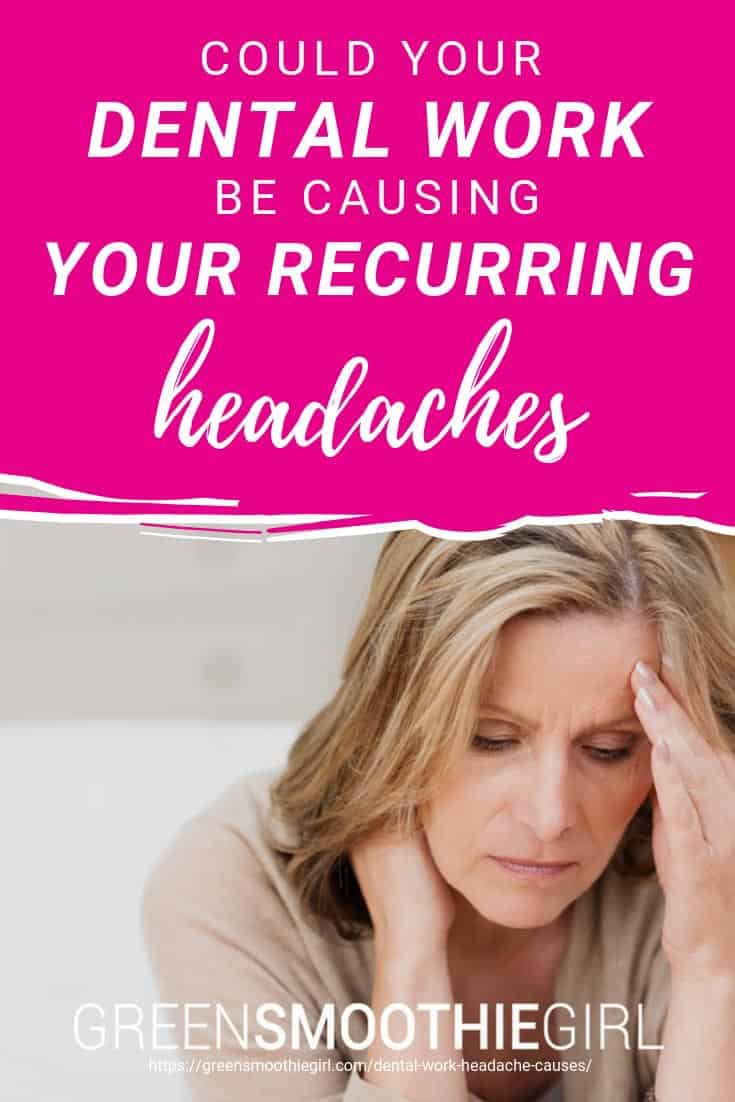