Which Metals are in Amalgam Fillings? Are They Safe? 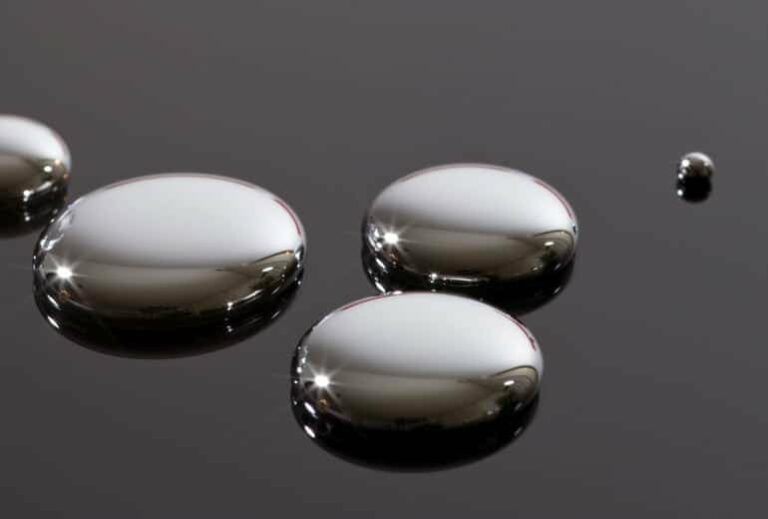 The metals in amalgam fillings, also known as “silver fillings,” are made up of about 50 percent liquid mercury. The rest is a powdered alloy–a composite of multiple metals that when combined, provide greater strength or resistance to corrosion. This alloy is composed of a mixture of copper, silver, and tin, and may also have very small amounts of zinc, indium, and palladium.

When these metals combine with mercury, they create an amalgam—a soft compound that is pressed into the tooth and hardens quickly.

At one time it was believed that this hardened amalgam stabilized the mercury, a highly toxic substance, and prevented it from escaping and leaking into the body. Time and scientific testing has proved otherwise.

Why Mercury is in our Dental Fillings

The first dental amalgam was created with silver coins and mercury in 1816. Dentists at that time appreciated this type of filling because it was cheaper, faster and easier to work with than the other option which was gold.

In 1926, Alfred Stock, a German chemist, correlated his ill-health with the mercury he had been in contact with for years in his scientific experiments.

His symptoms began with “intermittent headaches and mild drowsiness.” They progressed until he experienced a constant headache, dizziness, visual problems and chronic sinus problems. He also developed sore areas on his tongue and gums, toothaches, exhaustion, tremors, memory loss, and a depression that ultimately led him to retreat from companions and friends.

Once he realized the cause, he cleaned his work environment and conducted experiments on silver amalgam fillings, which a professor had recommend he have removed. His findings were as follows: “Without doubt, the fillings that were used here in the laboratory would have allowed mercury to evaporate from the mouth as well and supplied the inhaled air with a small amount of mercury, which in the long run, has to be harmful.” With time, his symptoms resolved.

Since then, the debate on whether silver fillings are a health risk continues to be a major subject of contention among dentists. Scientific evidence supports those on the side that believe amalgam fillings should no longer be used, though 50 percent of dentists disregard these statistics and continue to use this type of filling.

How Does Mercury From Tooth Fillings Get Into the Body?

Mercury, in the form of a vapor, continuously escapes from amalgam fillings. In fact, this vapor can be measured with a meter after just 10 seconds of being placed over an amalgam filling, and in amounts that are considered toxic and in the hazardous range.

This vapor escapes in increasing amounts when you chew, drink hot or carbonated beverages, and grind your teeth.

It is then inhaled and passed via the lungs to the blood and to the tissues of the body, including the brain. The primary target for mercury vapor is the brain and central nervous system.

Why Does Mercury Remain in the Body?

Mercury, Element Hg, is one of the most toxic non-radioactive, naturally occurring substances known to man and it is cumulative in nature.

Mercury is one of the most toxic non-radioactive, naturally occurring substances known, and it is cumulative in nature.

According to Hal A. Huggins, DDS and author of Uninformed Consent, “If one microgram is absorbed, it will take 70 days to several months to eliminate half of it. Meanwhile, the next day you absorb another microgram.” While a very small portion of it is eliminated, on day three you will absorb yet another. And on it goes, making it apparent that if you have silver fillings in your mouth, the mercury will accumulate over time since the elimination is negligible when compared to the absorption rate.

An average amalgam filling contains about 750 to 1,000 milligrams of mercury. It is estimated that about 36 micrograms of that are released every day.¹

What are the Effects of Mercury on the Human Body?

Murcury’s effects are different depending on your tolerance to mercury. Unfortunately, the list of potential symptoms and issues is long and extensive.

Research studies from around the world have documented the association of dental amalgams with numerous diseases including the following:

Here are just a few of the many scientific studies that prove the toxic effects of amalgam fillings:

How the Other Metals In Amalgam Affect your Body

Mercury, copper, silver, tin, zinc, indium and palladium are all metals in amalgam fillings, and they come with risks.

The other metals that may be found in a dental amalgam filling–copper, silver, tin, zinc, indium, and palladium–sound fairly innocuous. After all, zinc and copper are micronutrients that the body actually needs. The problem arises because of the combination of metals.

Most scientists will attest to the fact that when two or more metals are combined they produce an electrical charge, particularly when placed in a salt solution similar to saliva. These electrical currents can be measured with a device called a Pertec instrument.

The problem arises because your body runs off of electricity. Without it, you wouldn’t exist. These electrical signals continually fire messages from our brain to our body and vice versa, literally telling our body what to do, and billions of these currents are created and communicating with every part of your body every hour.

From the beating of your heart to the images you perceive, all are due to your body’s remarkable network of electrical impulses.

So what happens when additional currents are created due to metal amalgams? According to Mark A. Breiner, DDS, the five metals in an amalgam filling, when placed in saliva, produce enough energy as to affect your heart and brain by interfering with the electrical flow as well as irritating the nervous system. In his practice, he finds that about half of his patient’s health problems are actually related to these electrical currents.

These same currents have been shown to irritate the trigeminal nerve—the fifth cranial nerve that connects nerves from the brain to different parts of the face. It is responsible for controlling the muscles that allow us to chew as well as the sensations in our face, teeth, and mouth.

Irritation to this nerve can block major acupuncture meridians, causing disturbances throughout the body. Signs that this may be occurring include headaches, hearing loss, tinnitus, lack of clarity, reduced memory, sleep disturbances, vision problems and dizziness.

To make matter worse, the high-copper amalgam, commonly used after 1996, is found to release 50 times more mercury than the usual dental amalgam.³

Dr. Maths Berlin summed up the need to eliminate dental amalgam fillings in the Dental Material Commission of Sweden, 2003, “For medical reasons, amalgam should be eliminated in dental care as soon as possible. This will confer gains in three respects. The prevalence of side-effects from patients’ mercury exposure will decline; occupational exposure to mercury can cease in dental care; and one of our largest sources of mercury in the environment can be eliminated.” And yet, 14 years later, 50 percent of dentists in the U.S. still resort to the use of amalgam fillings.

Finding a Holistic or Biological Dentist

A holistic or biological dentist will be able to discuss your health concerns and help you determine how much your amalgam fillings are affecting your health. Removal is an option, though one that should only be performed by a dentist who has been trained in the safe removal of amalgam, with all the equipment, venting, and techniques to keep you both safe from mercury during the procedure.

In order to help you find a qualified holistic dentist, we called dentists across the nation and asked them specific questions in order to determine their level of expertise in this area. And we are now offering this guide to you for free. Check out our Holistic Dentist Finder for all the information.

6. A comprehensive Review of the Toxic effects of Mercury in Dental Amalgam Fillings on the Environment and Human Health. International Academy of Oral Medicine and Toxicology (IAOMT). 2016. https://iaomt.org/wp-content/uploads/Comprehensive-Review-Dental-Mercury.pdf