Who’s Taking A Stand Against Roundup? (and Other Glyphosate Herbicides) 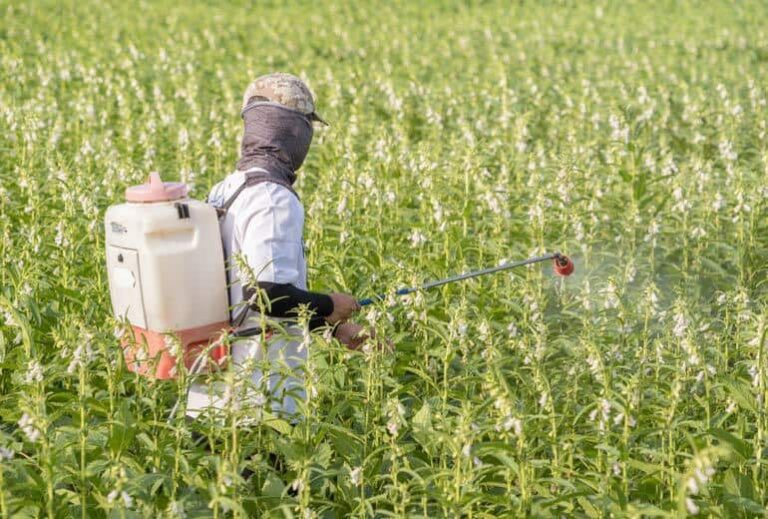 What do France, Costco, and the University of California have in common? They’ve all vowed to phase out glyphosate, the active ingredient found in Monsanto’s weed killer known as Roundup. This toxic chemical can also be found in over 700 other herbicides.

Why Is Roundup A Problem?

Roundup is currently the most widely-used weed killer in the history of chemical agriculture in the U.S. and across the globe.1 The problem with this once thought-to-be answer to farmer’s ongoing weed invasions and, thus, their bottom line is this: it is linked to cancer and numerous other diseases including liver and kidney disease and a chronic inflammatory condition that results in many common ailments of Western civilization, such as diabetes, heart disease, gastrointestinal disorders, infertility, and Alzheimer’s. 2,3,4

The controversy over its use went viral in March of 2015, when the World Health Organization declared that the active ingredient in Roundup, which was once deemed “completely safe,” probably causes cancer. [5]

In August of 2018, a school groundskeeper by the name of Dewayne “Lee” Johnson alleged that Monsanto’s glyphosate-based weed killers, including Roundup, had caused his cancer—non-Hodgkin’s lymphoma. The jury awarded him $289 million in damages.

In October, a San Francisco Superior Court Judge reduced the amount to $78 million, which Johnson accepted in the hopes of achieving “a final resolution within his lifetime.” Of course, Monsanto, now owned by the pharmaceutical giant Bayer, has appealed.6

In 2019, Monsanto lost their third straight Roundup trial when a jury in Oakland, California ordered the company to pay a couple more than $2 billion in damages. Both have been diagnosed with non-Hodgkin’s lymphoma, which they attribute to their decades use of Roundup on their Northern California property.7

The company now faces more than 13,000 additional lawsuits across the country.8

Which Countries Have Banned Glyphosate?

The red warning flag has been raised and now several organizations, companies, and even countries are banning the use of the once darling of the herbicide world.

Let’s take a look at who’s taking a stand against the massive biotech companies that produce Roundup and other glyphosate-based herbicides. 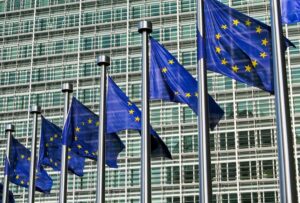 Because of the regulatory pressure applied to Monsanto by the EU, the company changed the formula for Roundup. According to a report in Business Insider, the surfactants found in Roundup (chemicals that help glyphosate penetrate leaves and, unfortunately, help the toxic chemical penetrate human skin and cells where it ultimately damages our DNA) was made less toxic, making it at least 10 times safer than the product they produce in the United States.8

Despite this change, many European nations are opposed to its use.

Several other countries that attempted to ban Roundup have fallen under the weight of the tremendous pressure that companies like Monsanto can produce. In January of 2019, it was found that the EU members who narrowly voted to relicense glyphosate for five more years had based their decision on an assessment that was plagiarized by a group of pesticide companies which included, of course, Monsanto.9

The United States Doesn’t Ban Glyphosate, But Some Cities Do 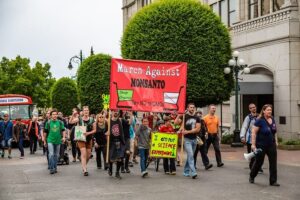 And what about the U.S.? While the Environmental Protection Agency (EPA) has declared that glyphosate is not likely to cause cancer in humans (which should make you wonder if our EPA is really looking out for the public’s health interests), documents disclosed during litigation (now known as the Monsanto Papers) revealed collusion between Monsanto and the EPA.13

[Related: Could Toxicity Be Why I’m Sick? The 7 Types Of Toxins In Your Body And How To Eliminate Them]

According to Brent Wisner, an attorney for Roundup cancer victims, “We only exist, these lawsuits only exist, because the EPA has failed the American public for 45 years and Monsanto is allowed to get away with reckless conduct …”14

Even the current administration has vowed to back the use of glyphosates. A domestic policy adviser at the White House stated, “We have Monsanto’s back on pesticide regulation.”15

Despite the concerted effort by agencies and pesticide companies, states and universities are speaking out. In July of 2017, California added glyphosate to the state’s Proposition 65 list of chemicals and substances known to cause cancer. In May of 2019, the University of California System, which includes 10 campuses, halted the use of glyphosate herbicides.

This decision was due, in part, to a student-led campaign called Herbicide-Free Cal UC. Started by two UC Berkeley students after they found out that herbicides were being used around the volleyball court they played on, they worked to establish herbicide-free practices at their school and then at all UC campuses.16

In addition, several cities in California have decided to go glyphosate-free or limit its use as a last resort. Just a few of these include Arcata, Belvedere, Berkeley, Burbank, Cambria, Carlsbad, Greenfield, Malibu, and Napa.

And, despite the EPA’s so-called reassurance, the movement to limit or ban the use of Roundup and other glyphosate-based herbicides is spreading across the nation. A few of the many cities that are taking a stand include Boulder and Durango, Colorado; Miami and Fort Myers, Florida; Chicago and Evanston, Illinois; Wichita, Kansas; Portland, Maine; as well as cities across Massachusetts, Minnesota, New York, Washington, and the entire state of Hawaii.9

There are even some companies that have the backbone to take a stand against this cancer-causing herbicide. 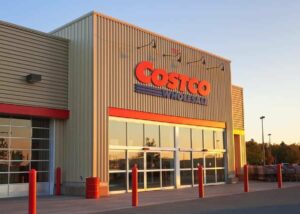 Costco is the first major retailer to discontinue the sales of Roundup.

In March of 2019, Monsanto lost its second multimillion-dollar lawsuit when a federal jury found that Roundup had contributed to a California man’s non-Hodgkin’s lymphoma and awarded him $80 million. Following the verdict, Costco became the first major retailer to stop selling Roundup at all locations and pulled the product from their shelves.17

Taking a Stand Against Glyphosate: What Can You Do?

As individuals, it may seem that standing up to giant pharmaceutical/biotech monopolies is akin to throwing a pebble in one of the world’s great oceans—it accomplishes nothing. But as we know from tossing a rock in a calm pool, something does happen: waves ripple out in concentric circles.

As Margaret Mead said, “Never doubt that a small group of thoughtful committed citizens can change the world. Indeed, it is the only thing that ever has.”

A Lesson From DDT 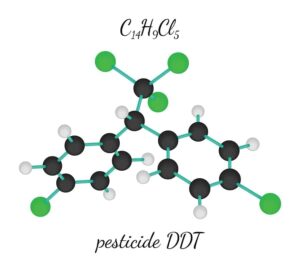 The pesticide DDT was banned after a book pointed out the harmful environmental effects. The same can and is being done about Roundup.

The first chemical pesticide that was put to widespread use was DDT. For 30 years, starting around 1945, approximately 1,350,000,000 pounds of DDT was used in the United States.

Then, in 1962, Rachel Carson’s book Silent Spring raised the alarm regarding the disastrous consequences that could arise from the use of this chemical. Because of her testimony before Congress, the Environmental Protection Agency (EPA) was established, and in 1972, the EPA’s ban on DDT went into effect.18

Would you like to guess who one of the manufacturers of DDT was?

If you guessed Monsanto, you’re correct.

Vote With Your Wallet

While we may not all have the influence of a Margaret Mead, we still play a major role in supply versus demand. And let’s face it: money is the one thing that the big corporations with little conscience pay attention to.

So, this is what you can do: 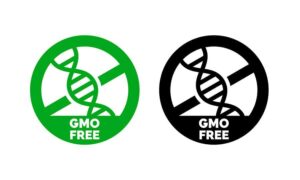 The use of herbicides (glyphosates) has increased since GMO crops have been in use.

In 1983, Monsanto and four other groups began experimenting with genetically modified crops. The purpose was to create plants that were resistant to pests, disease, and glyphosate-based herbicides. Now known as Roundup Ready crops, the last 20 years have seen a massive increase in these biotech plants. In 1996, approximately 3.6 million acres of farmland was planted with genetically engineered crops. In 2001, that number had jumped to 88.2 million.19

Currently, the most common GMO crops are soybeans and corn. In fact, approximately 90 percent of these crops in the U.S. are GMO.20 If you eat processed foods, which often contain soy or corn oil, you’ve got close to a 75 percent chance that you are eating food that contains GMO crops.21

Initially, it was thought that creating plants that were resistant to pests would result in a reduction in the use of herbicides. In actuality, since GMO crops have become so widespread, the use of glyphosate has increased 15-fold on a global scale.22

[Free Resource: How To Never Eat A GMO Food Again]

Add Your Support To Awareness Organizations

One of the other important ways you can contribute to reducing the use of Roundup and other glyphosate-containing herbicides is to join or support groups that are voicing their concerns and taking a stand.

One of these groups is the Institute for Responsible Technology. Founded by Jeffrey Smith, it is a group that speaks out and educates others on the negative effects of GMOs and the close link between these modified crops and glyphosates.22

Summary on Taking a Stand Against Roundup 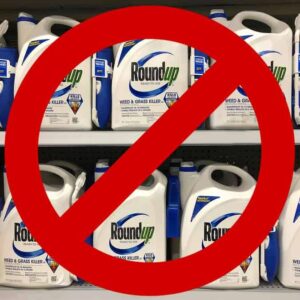 There are ways you can personally take a stand against Roundup and join the wellness revolution.

Read next: Your Child’s Toxic Burden: What A Holistic Pediatrician Wants You To Know 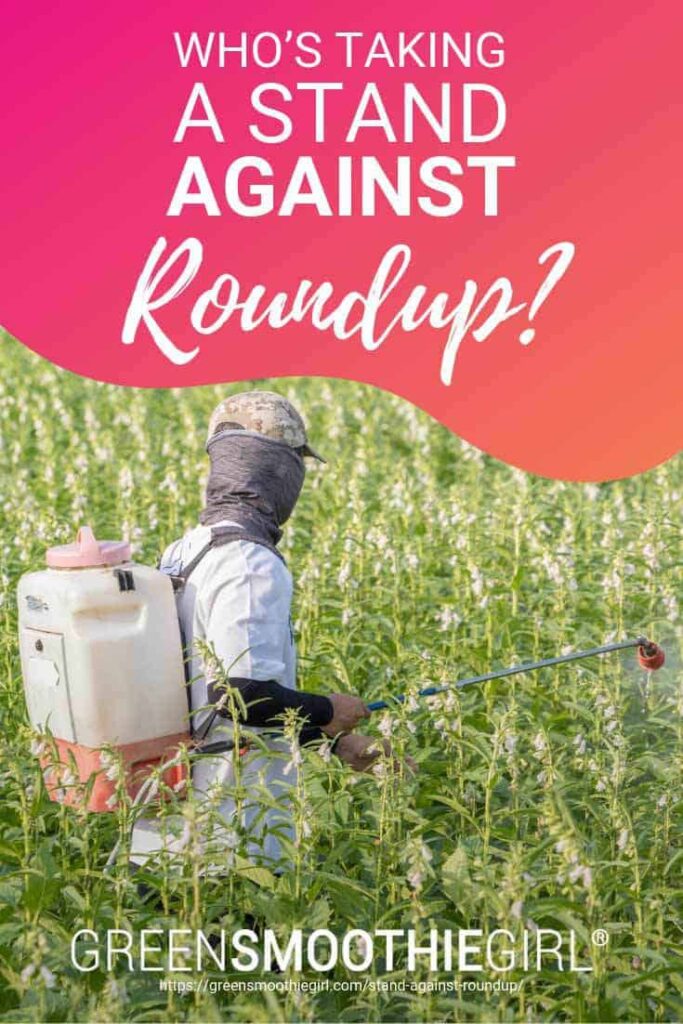 8 thoughts on “Who’s Taking A Stand Against Roundup? (and Other Glyphosate Herbicides)”