No Energy? Fatigue Causes You Haven’t Considered But Must Address NOW

Do you spring from your bed in the morning, ready and eager to begin your day? Unfortunately, many people can hardly remember a time when they awoke with energy and vitality, at least not before they’d downed their first cup of coffee, or two … or three.

No energy is synonymous with the American lifestyle and is considered so “normal” that most people drink some kind of stimulant beverage every day.

A compelling possible source of the problem, however, is that you may very well be tired because of your teeth.

Fatigue Causes in the 21st Century

An estimated 6 million people a year visit their primary health care provider because of fatigue. 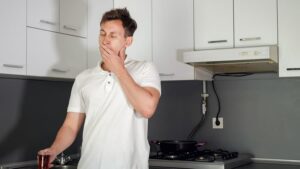 If you wake up with no energy, your teeth may be contributing to fatigue causes.

In a recent survey asking, “How many days a week do you wake up feeling tired and poorly rested?”, only one in seven Americans said they woke up feeling refreshed every day.

A growing number of North Americans experience more than just fatigue; they experience extreme fatigue—a debilitating tiredness that leaves them unable to function on a daily basis. When it has been with them for six months or more, it’s defined as Chronic Fatigue Syndrome (CFS) and can be accompanied by muscle weakness, impaired memory, joint pain, swollen lymph nodes, headaches, and insomnia.

Modern medicine has found no answers for people who suffer from extreme fatigue, and I don’t think a drug will ever solve the problem anyway.

Fatigue and Your Teeth

So how can your teeth be a cause of your fatigue and lack of energy? Let’s start with an example—a woman who had experienced CFS for 12 years. This case study was reported by the International Center for Nutritional Research.

This woman presented to Dr. Gerald H. Smith with a tooth that had an old root canal that was infected. This same tooth had two small mercury fillings. In addition, various metals in the mouth (including aluminum and platinum) were creating electrical currents strong enough to interfere with the brain’s electrical impulses. She also had bite and cranial bone problems.

The doctor removed the tooth, restored her bite, and put her on a program to address the heavy metals in her body and boost her immune system. Three weeks later she reported “having more energy than she knew what to do with.”

Dental toxicity was the source of her fatigue.2

Fatigue and Your Amalgam Fillings 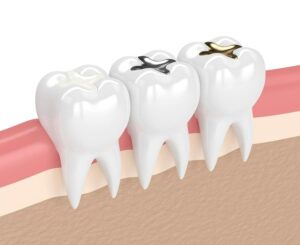 Mercury poisoning in amalgam fillings can cause many health problems, including severe fatigue.

Did you know that the silver fillings in your mouth are made up of 50 percent mercury? And that this heavy metal is one of the most toxic naturally-occurring elements known to man?

An amalgam filling, once removed from your mouth, cannot be placed in a landfill. In fact, it must be picked up by hazardous waste collectors. When schools used mercury thermometers, if one broke, the school would be evacuated and the hazmat team called in!

And yet, in the fight to eliminate tooth decay, mercury amalgam is placed just three inches from your brain.

The American Dental Association (ADA) claims that when liquid mercury is combined with the other metals in a silver filling, the amalgam that is formed bonds the metals together so that mercury does not escape.

Mercury vapor, however, does escape, on a daily basis and with each breath. Micro cracks in the filling are virtually inevitable. Eat or brush your teeth, and the amount of vapor increases dramatically.3

This heavy metal does more than just poison your body; it suffocates it. Oxygen is transported via your bloodstream by hemoglobin (a protein in red blood cells), which carries life-sustaining oxygen to all the cells of your body.

Think of hemoglobin like a bus. This bus has four binding sites that allow oxygen to “jump on board” so that it can deliver it to your tissues that need oxygen, where the oxygen then “jumps off.”

Mercury, unfortunately, likes those same seats on the bus. And when the hemoglobin bus is full of mercury, there is no room for oxygen. In addition, mercury doesn’t like to jump off, but rather becomes a permanent passenger until the red blood cell, with a lifespan of about 120 days, dies.

Root canals are performed when a tooth is infected or injured. In essence, its blood supply and the nerve in the center of the tooth are removed. Your dentist or endodontist then sterilizes and packs the now-hollow tube with material to prevent bacteria from entering what is now a dead tooth. 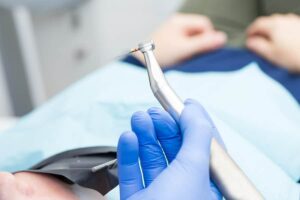 Root canals are performed when a tooth is infected or injured.

But a tooth is actually made up of millions of tiny tubules that transport nutrients from the center of the tooth to the enamel. These tubules harbor bacteria and are estimated to be at least 100,000 yards in length!

Without the cleansing flow of blood, this bacteria mutates into an anaerobic form that does not require oxygen and later morphs into powerful toxins.

Over 460 different bacteria have been identified in teeth treated with root canals, with a high percentage being anaerobic species. These toxins drain from the lymphatic system and blood vessels to the rest of the body.4

Dr. Boyd Haley, a professor of chemistry at the University of Kentucky, tested 900 teeth with root canals to determine their bacteria levels. Half of them had enough bacteria to challenge a healthy immune system. But even more disturbing was the 25 percent that contained toxins more powerful than botulinum, one of the most toxic organisms known to man.5

A passage from The Toxic Tooth, a book by Robert Kulacz, DDS and Tom Levy, MD illustrates this fact:

“My dental assistant once described an extracted root canal-treated tooth as smelling like a dead mouse that had been decomposing for a while.” On the other hand, healthy teeth that are extracted have no smell to them.6

In essence, your body’s immune system is fighting a serious bacterial infection 24/7. It’s producing white blood cells to combat these invaders, leaving less room in your blood vessels for red blood cells, the transporters of oxygen.

The result? No energy and increasing fatigue that grows worse with each passing year.

At this point, you may be thinking that your teeth could be contributing to your fatigue causes and increasing exhaustion. It’s important to know that you don’t have to live with it!

If you’re plagued by feeling like you have no energy, know that you don’t have to live with it! There are solutions. 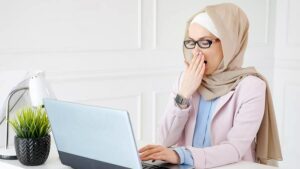 If you’re plagued by feeling like you have no energy, know that you don’t have to live with it! There are solutions.

There are biological dentists (also known as holistic dentists or natural dentists) who understand how dental work can actually cause an illness and contribute to fatigue causes. These dentists have been trained to assess previous dental work and determine if it may be causing health problems.

From there, your biological dentist will recommend steps that can restore your general well-being. Steps they may take include the following:

Of course, to begin this in-depth process, you’ll need to find a dentist trained in these techniques and procedures. Unfortunately, some dentists use the term “holistic” because they no longer use silver amalgams, but that’s the extent of their “natural” approach. It’s crucial that you make a consultation with a dentist who’s well-versed in the many facets of whole-body dentistry.

Don’t have a holistic dentist? Get the Insider’s Guide to Holistic Dentists and find one near you! We reached out to all the holistic dentists in the U.S.A. we could find and learned what services they provide. We’ve compiled all the info in ONE amazing, FREE resource to make it easy to get better, less invasive, holistic dental care for the rest of your life!

Up Next: Removing Root-Canal Teeth: My Experience, And Why I Had It Done 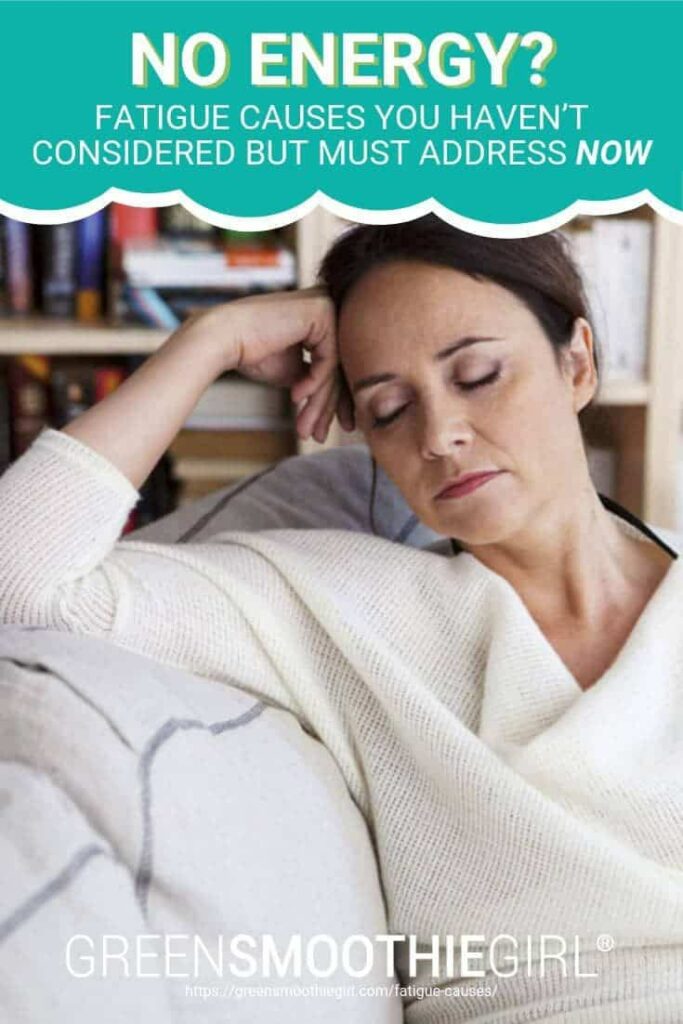 1. McCarthy, Niall. Americans Are Tired Most of the Week. Statista. 06/2015. https://www.statista.com/chart/3534/americans-are-tired-most-of-the-week/