How to Stop Bleeding Gums: Try Natural Treatments At Home 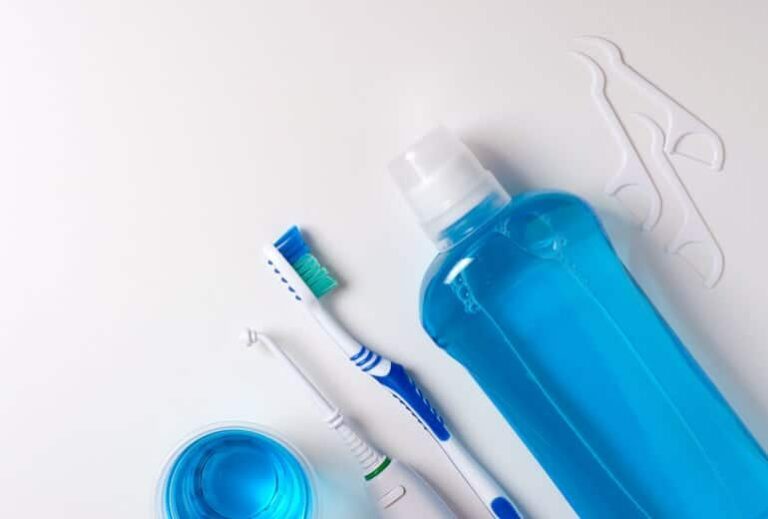 Bleeding gums are a common ailment. In fact, it’s estimated that at any given moment, about 50% of adults are experiencing the discomfort of bleeding gums.

Despite the prevalence of this problem, many people feel embarrassed by it or are unsure what is causing it or what to do about it. If this is you, we’re here to help with some insight about what causes bleeding gums, and the bleeding gums treatments you can try at home.

The most likely culprit of bleeding gums is the gum disease gingivitis. Sounds ominous, but it’s incredibly common and usually pretty simple to treat. It starts with plaque buildup that takes up residence under your gums and hardens into tartar. While mild and prevalent, gingivitis can develop into more serious gum disease that can lead to tooth loss. “Common” doesn’t mean “benign.”

A light hand, soft bristles, and a circular motion are good for proper brushing technique to avoid bleeding gums.

There is such as thing as being too enthusiastic with your brushing, and that can lead to unhappy gums. A light hand, soft bristles, and a circular motion are good, but vigorous back-and-forth scrubbing with brute force…not so much.

Sensitive, irritated, and bleeding gums are just one more thing we can thank hormones for causing.  If you are pregnant, menopausal, menstruating, or experiencing some other hormonal shift, you could experience bleeding, irritated gums.

Inadequate levels of vitamins like C, A, and K can cause gums to bleed. It’s not probable, but it’s definitely possible, especially if you have malabsorption issues or don’t eat a varied and healthy diet.

If your bleeding gums are due to medication, it’s usually a result of dry mouth caused by medications. A dry mouth is more prone to infection, inflammation, cavities, and gum disease than one with enough saliva.

Now that you have some ideas about what could be causing your bleeding gums, you need some solutions. Here are some tried-and-true (and dentist-recommended) home remedies you can put into practice.

The best way to get the nutrients your body needs to remedy deficiencies is to eat well. Greens like Swiss chard, spinach, and kale pack a Vitamin K punch, while sweet potatoes, carrots, and red peppers bring Vitamin A to the table. When looking for Vitamin C, many people think citrus–but strawberries, yellow bell peppers, broccoli, and kale actually boast higher levels of the nutrient.

Dental irrigators are at-home tools you can use to direct water into the pockets under your gums that your toothbrush can’t reach, helping reduce bacteria and buildup.

There’s a meme out there that says saltwater cures everything, and while we can’t say it’s definitively true, we can say it often helps. In the case of bleeding gums, a saltwater rinse can fight bacteria and help calm inflammation, and is preferable to alcohol-based mouthwashes that can overdry sensitized tissues.

To make a saltwater rinse, dissolve ½ to 1 teaspoon of salt in a full glass of warm water. Swish a mouthful of the solution around your mouth for 15-30 seconds, then spit out. Do this twice a day after brushing and flossing.

Mix equal parts salt and baking soda, then dip a toothbrush wetted down with hydrogen peroxide into it and brush your teeth. The elementary school science fair project ingredients make a great homemade toothpaste to destroy bacteria and break up build up.

No home remedies list would be complete without oil pulling, but in this case that’s because the science says it could help. Use 1-2 tablespoons of organic sesame or coconut oil and swish it around your mouth for up to 20 minutes to give yourself a little relief. Adding antiseptic herbs like clove or cinnamon to your oil can help reduce bacteria, and a touch of arnica can reduce pain and promote healing.

Oil Pulling can help treat bleeding gums…use 1-2 tablespoons of organic sesame or coconut oil and swish it around your mouth for up to 20 minutes to give yourself a little relief.

Sometimes the culprit is a bit more than you can tackle at home, and settling into the dentist’s chair is the best choice. If your bleeding gums aren’t getting better, make an appointment with a good biological dentist. Untreated gum disease can progress into periodontitis, weakening the bones in your mouth and jaw, causing tooth loss.

Bleeding gums are nothing to be ashamed of, but they’re also nothing to ignore. Gum disease and infection have been associated with some serious health issues like heart disease, kidney dysfunction, stroke, cancer, and preterm birth, so it’s more than just your vanity at risk.