How Does Oil Pulling Work? Is It an Effective Detox Strategy, or a Bogus Fad? 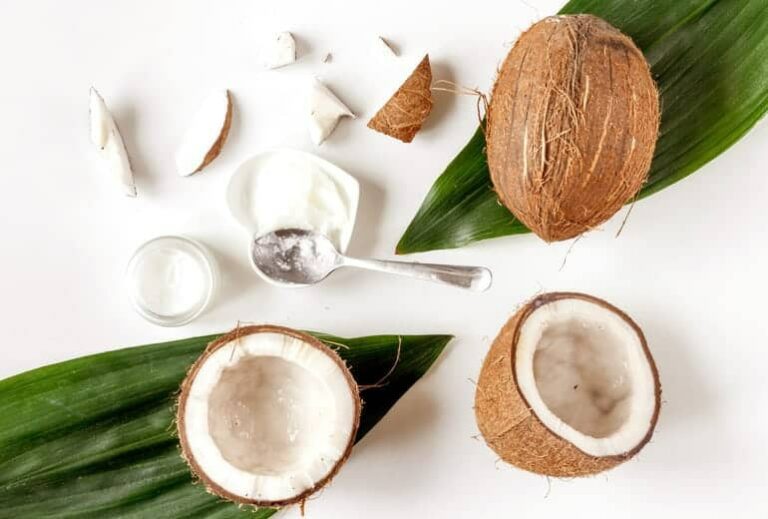 This post has been reviewed for accuracy by Dr. Michelle Jorgensen, DDS, FAGD, TNC, CNAS, biologic/holistic dentist, health and wellness provider, and medical adviser to GreenSmoothieGirl.com.

Are you looking for a way to freshen up your breath, prevent tooth decay, and eliminate bacteria and microbes in your mouth – all without using any toxic chemicals or dangerous ingredients? Then it might be time to try oil pulling!

While oil pulling has many purposes in Eastern medicine, in the US, it’s generally considered to be part of Complementary and Alternative Medicine – or CAM. As an alternative medicine practice, oil pulling has become a popular holistic option when it comes to oral care, offering benefits like giving you fresher breath and eliminating toxins from your mouth.

What Is Oil Pulling?

At its essence, oil pulling is simply swishing oil around in your mouth for an extended period of time. The oil is ‘pulled’ as you forcibly push it in between each of your teeth, around your gums, and under your tongue with your swishing action.

The idea behind how oil pulling works is that the oil attracts and then pulls out bacteria, viruses, fungi, and toxins. When you spit out the oil, the bad stuff exits your mouth right along with it.

(Check out my demonstration video at the end of this post!)

Oil pulling is an ancient Indian folk remedy that was traditionally used to treat a wide range of conditions and diseases. In Western cultures, it’s primarily used as a holistic oral care practice – and that’s where research has proven the benefits of pulling with oil. By adding oil pulling to your regular oral health routine, you may be able to1:

How Does Oil Pulling Work?

The science behind oil pulling is fairly simple. You may remember from Biology 101 that bacteria and other microbes are single-cell organisms, which have fatty membranes as skin. When these fatty membranes come into contact with oil, they stick to it.

The swishing you do during oil pulling draws the oil through your teeth and around your gums. In the process, the oil attracts these bacteria, toxins, and microbes that are hiding in the crevices of your gums and in the microscopic tubules that run through your teeth. Those fatty membranes in the skin of the microbes stick to the oil, and the microbes are then are expelled from your body when you spit the oil into the trash, leaving your mouth detoxified.

How Do You Practice Oil Pulling?

To try oil pulling, you simply:

According to tradition,1 oil pulling should be completed before breakfast on an empty stomach, which is when your mouth is most full of colonies of bacteria and toxins. It’s also suggested that you sit in an upright position with your chin raised.

You should be very careful not to accidentally breathe in the oil, which can cause choking. You can perform oil pulling as often as three times per day, but you should perform it at least three to five times per week to get the best benefits.

There are two important points to note about oil pulling:

What Kind Of Oil Is Best For Oil Pulling?

Sesame oil also includes polyunsaturated fatty acids, which reduce free radicals that can damage the mouth and “steal” lipids in the cell membranes, causing cell damage. By oil pulling with sesame oil, you can reduce the chances of getting gingivitis caused by plaque.

Because of its high lauric acid content, coconut oil is another great choice for oil pulling. It’s estimated that approximately 50% of the fat in coconut oil is made up of lauric acid, which is an antimicrobial acid that can:1

That means that oil pulling with coconut oil can keep your teeth and your mouth healthy in addition to removing toxins from your mouth.

Olive oil also can be used for oil pulling and has some of the same benefits as coconut oil, including being:1

It also helps to modulate the immune system. If you practice oil pulling with organic extra virgin olive oil, you also may get the added benefit of eliminating bad breath.

Finally, sunflower oil is recommended for oil pulling because it can reduce plaque and the risk of gingivitis, making it a beneficial addition to your oral care routine.1

What Are The Benefits Of Oil Pulling?

Throughout history, oil pulling was thought to help with everything from aches and pains to chronic diseases. However, the research surrounding oil pulling primarily looks at the practice as part of a holistic oral care routine. In that sense, when it comes to making your mouth healthier, the benefits of oil pulling are overwhelming.

What Are The Ayurvedic Benefits Of Oil Pulling?

Oil pulling was first mentioned in Indian Ayurvedic texts written more than 2000 years ago and has long been considered an Indian folk remedy for conditions and diseases that extend well beyond the mouth. While Western medicine hasn’t proven any of these benefits, there are benefits of oil pulling according to Ayurvedic medicine.

In Ayurvedic medicine, each organ is connected to a different section of the tongue. For instance, the back central part of your tongue corresponds with your intestines, with corresponding areas for your kidneys on either side. The tongue is the beginning of your digestive tract, which continues for roughly an additional 30 feet.

Because of this connection, Ayurvedic tradition teaches that the process of drawing toxins out of your mouth also detoxifies your whole body. This holistic health approach is very similar to other Eastern healing traditions like acupuncture. The idea that oil pulling can detoxify your body might sound like an outlandish claim, but there are millions of bacteria living in your mouth – and those bacteria have been associated with cardiovascular disease, diabetes, kidney disease, pneumonia, meningitis, arthritis and sinusitis, and more.

[Related post: What Really Causes Cavities, and What Can You Do to Prevent Them?]

Whether you practice Ayurvedic traditions and believe oil pulling can detoxify your body, or you simply want to use oil pulling as a way to holistically improve your oral health routine, removing harmful bacteria from your mouth through oil pulling is absolutely beneficial. Watch a demonstration of how to do oil pulling in this video, then start incorporating oil pulling into your oral care routine – and swish your way to a healthier smile.

Watch me demonstrate how to do oil pulling in this video:

Clearly, oil pulling can help with everything from tooth decay to bad breath – and with little to no risk! As mentioned, you should be very careful that you don’t inhale the oil you swish, and you should never swallow the oil, which can be toxic. Otherwise, oil pulling is safe, healthy, and beneficial for oral care.

20 thoughts on “How Does Oil Pulling Work? Is It an Effective Detox Strategy, or a Bogus Fad?”