Don’t Get Your Calcium From Milk 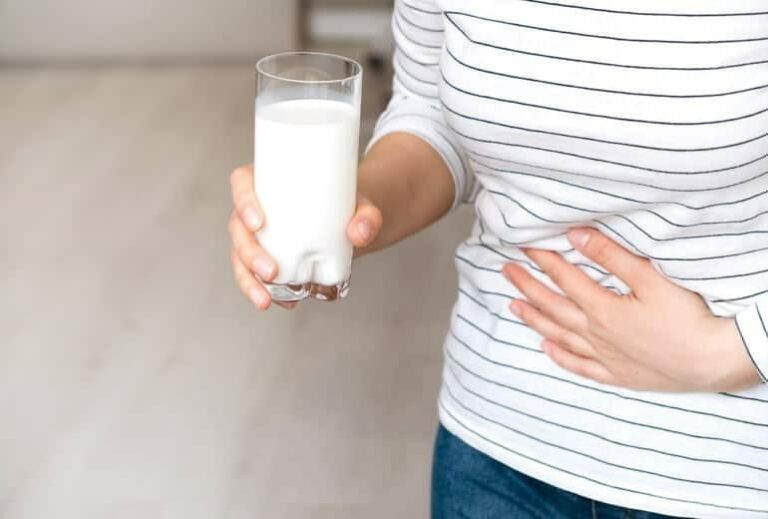 One of the most powerful industries in America is the dairy industry, earning over $50 billion and spending over $200 million annually to spread the lie that dairy products are necessary for human children’s health. They’re smart enough to target mothers (and they started, very successfully, with our grandmothers), because parents can create habits for life if a child is drinking cow’s milk at an early age. So, while for many this will be a revelation, it shouldn’t be: our mothers and grandmothers were conned!

Calcium in Milk and Healthier Sources

Milk from Another Species

The idea that the milk of another species is an appropriate and necessary source of calcium is a serious thinking error that has led to cancer, heart disease, diabetes, arthritis, and autoimmune disease in epic numbers.

The Diet of Dairy Cows 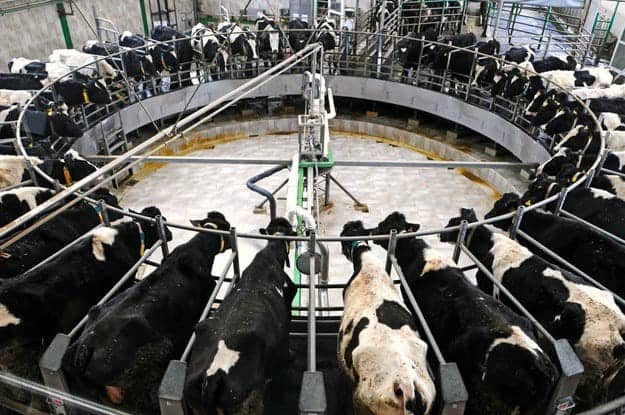 Especially when you consider the atrocious diet our dairy cows are fed, the steroids and hormones and antibiotics they’re given, the lack of exercise they get in their pens, and the blood and pus that comes out in the milk that you then serve your child.

Milk is not a solution for getting your calcium.

Ask yourself why the U.S. consumes more than double the amount of milk and dairy than the #2 milk-drinking country, and yet has one of the highest rates of osteoporosis in the world. The other highest dairy-consuming countries, in Scandinavia, are also among the highest for osteoporosis!

Dairy Calcium for Bones and Joints?

A recent set of long-term studies by a group of osteoporosis researchers shows that not only does dairy intake correlate with higher fracture rates, it is also associated with higher mortality rates!

The studies, following over 100,000 men and women for up to 20 years, showed that each additional glass of milk correlated with more risk for fractures, cancer, heart disease, and early death.

Why would that be?

The researchers also found that the more glasses of milk people drank, the higher they scored for a biological stress marker called oxidative stress.

What is Oxidative Stress? 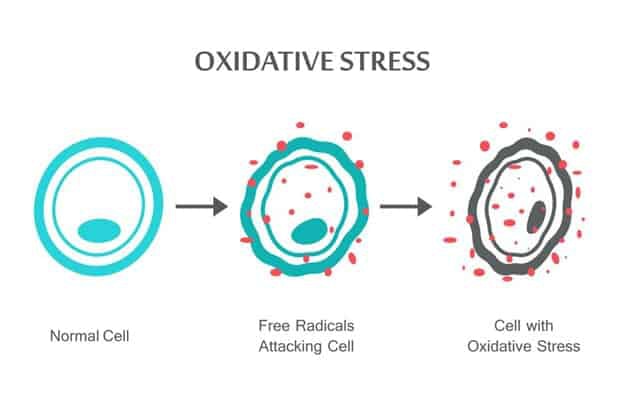 Free radicals damage DNA and cell structures, leading to inflammation and rapid aging. They are also the hosts of degenerative physical and neurological diseases.

Milk-induced oxidative stress might also explain some of the other studies that associate dairy intake with other conditions, like acne and allergies.

Fermentation consumes milk sugars like galactose and lactose—two of the suspects for oxidative stress—and produces health-protective probiotics, which may be the reason for the difference.

An important conclusion, overall, then, is that cow’s milk and most dairy products are highly inflammatory foods.

Animal proteins, including casein (the protein in milk), are acid-forming in the body. One of the body’s coping mechanisms to deal with acidity is to pull minerals (such as calcium, magnesium, and potassium) from resources like bones, to neutralize the acidity. The blood must maintain a precise pH, or you die. So, it robs minerals from bones and tissues where you pay the price over time.

Drinking milk, then, can result in a net loss of calcium and other minerals!

Colin T. Campbell, Ph.D., one of the most preeminent nutrition researchers in the world, conducted the most comprehensive, longitudinal research study in history known as the Oxford-Cornell China Project. Published in 2004, The China Study examined dietary habits and disease rates in 6,500 adults in China over almost 30 years.

Casein and High Rates of Disease

Campbell started with animal studies duplicated by other researchers all over the world and progressed to his enormous human population. The researchers documented massive evidence that casein is linked to high rates of disease when animal products including dairy are consumed at a rate of 20% of the diet, which is the American average. 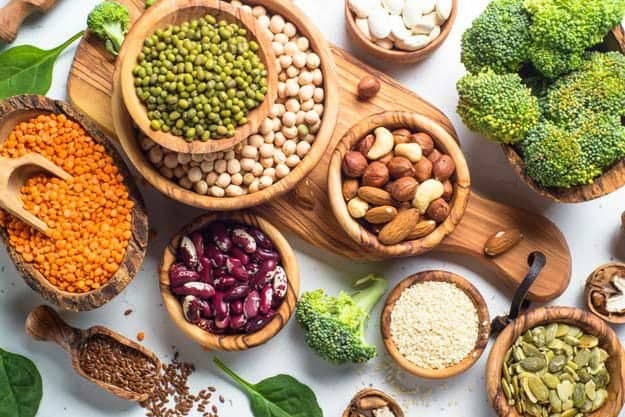 Modern mothers are wising up and feeding their children nuts, seeds, and greens, for highly bioavailable forms of calcium, and letting their children out in the sun. Because Vitamin D (the best source is the sun) and good sources of calcium make strong bones—not hormones, antibiotics, or steroid-laced American dairy products.

Cow milk’s large fat molecule is acid- and mucus-forming in humans; thus we are all “lactose intolerant” to one degree or another.

Our grandparents, with their strong genetics, withstood it well. Unfortunately, our own children with three generations of weakened genetics on a processed-food diet, are not faring so well.

Why Milk is Bad for You Today 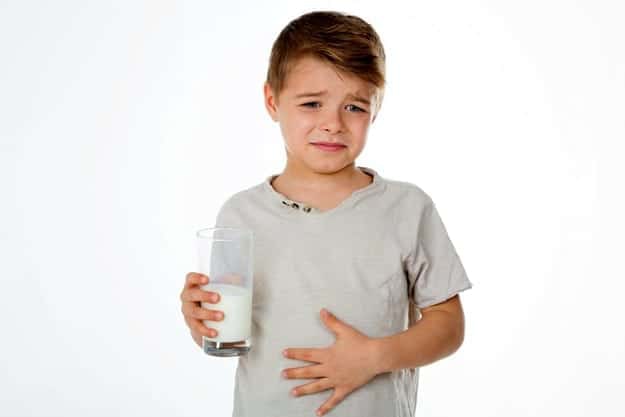 Every time I see a child with green snot running from his nose, I wish I could in some socially acceptable way beg his mother to get her child off cow’s milk. I learned this the hard way, having weaned my own first child from breast milk to cow’s milk, at the pediatrician’s recommendation, only to see his excellent health destroyed. We were in and out of doctor’s offices and emergency rooms, on drugs ranging from bronchodilators to steroids to antibiotics, before I decided to try getting my little son off dairy and sugar, the mucus-forming foods. That was the end of a year of terror and drugs and Failure to Thrive. Getting him off those foods changed his life and led to him regaining his weight and his health.

I never fed any of my next three children any dairy products. I did buy raw goat milk and made it into kefir. Goat milk has a smaller fat molecule, some compounds similar to human breast milk, and when I fermented it as kefir and made it our daily breakfast, my children never got sick again. (Note: getting raw goat milk requires some “pounding the pavement” in your community, and I believe one reason this food was very nutritious for my small children is that the goats were untreated with steroids and hormones.)

I have counseled willing mothers about this many times, and every time the mothers reported that the mucous problems disappeared or decreased as they eliminated dairy products. Related asthma and allergies dramatically decreased as well.

How Should You Get Enough Calcium?

Logic begs the question: where does the cow get its calcium? Answer: From green foods (and ALL the plant food groups, actually) rich in highly bioavailable calcium.

Calcium from plant sources is 50-60% bioavailable to humans, compared to cow milk bioavailability of about 30%.

Whole foods like greens, veggies, fruits, legumes, and nuts and seeds all have calcium, plus the micronutrients like magnesium, zinc, and vitamins A and D to help absorb it.

Keep the Calcium You Have 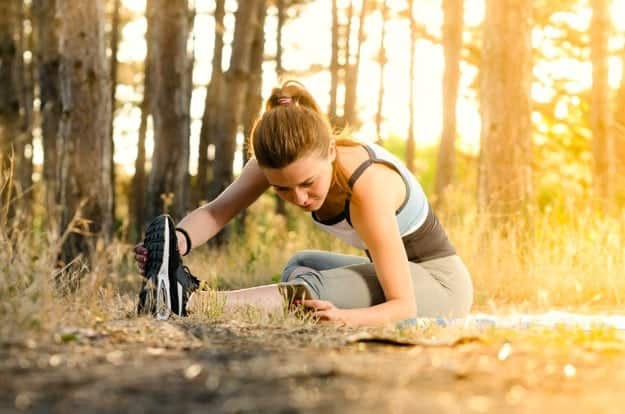 Don’t lose the calcium you’re eating in plant foods, by doing things that decrease it! Keep your bones strong, with these habits:

Say No to Cow’s Milk

Cow’s milk is the perfect food for baby cows. But the evidence is against it being a good source of calcium (or anything else) for humans.

Learn WHY and HOW to eat more whole foods in my FREE VIDEO MASTERCLASS going on right now. It’s your shortcut to my best tips, getting to the bottom of the controversies, and learning to eat more of the world’s healthiest foods.

How do you make sure you get enough calcium? Tell me your (non-dairy) strategies in the comments section below!

Up Next: How To Use Water Kefir Grains To Heal Your Gut

Editor’s Note: This article was originally published on September 6, 2017, and has been updated for quality and relevancy.

11 thoughts on “Don’t Get Your Calcium From Milk”