What Happened When I Started Taking Beta Glucan Every Day 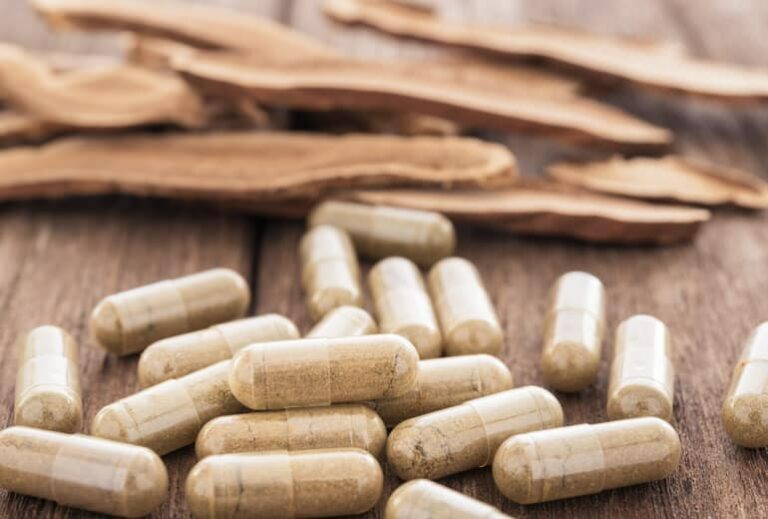 Several years ago, my youngest son and I were so excited when we added two little kittens to our family.

Unfortunately, Tennyson turned out to be highly allergic. We were heartbroken to have to give the kitties back to their original owner. He and I talked wistfully about how much we wished we could have a cat.

Tennyson and I decided to take a supplement that a colleague of mine suggested at a conference—beta glucan. I had read an Amazon review by a cancer patient taking beta glucan for its immune strengthening effects. The man found that his lifelong cat allergy mysteriously disappeared. 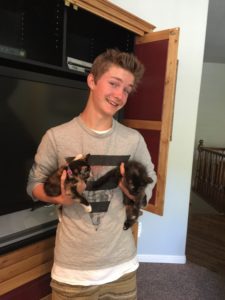 Tennyson was able to be around kittens with no allergic reaction after taking beta glucan supplements.

It was worth a try! After taking it for several weeks, we went to a pet store and played with several kittens, and Tennyson didn’t start itching and wheezing! We picked two kitties, and they became a treasured part of our family!

In my research, I found tons of evidence that Beta 1,3DGlucan has helped thousands of cancer patients, as well as helping eliminate allergies!

This makes perfect sense, as allergies are an autoimmune response to compounds that, in most people, cause no allergic trigger.

Let’s take a closer look at what makes this ingredient so powerful.

What is Beta Glucan?

Beta glucan is a complex carbohydrate fiber otherwise known as a polysaccharide. It is found in the cell wall of certain types of yeasts, seaweeds, and algae as well as Reishi, Shitake, and Maitake mushrooms. It’s also found in grains such as oats and barley.

There are different types of beta glucans, named according to their length and position. They are known as beta 1,3D glucan, beta 1,4 glucan ,or beta 1,6 glucan.

In 1997, the FDA authorized a health claim for beta-glucan soluble fiber from oats: that it reduced the risk of heart disease. Since that time, thousands of studies have been conducted on this compound, mounting evidence for a much broader range of health benefits.1

What are the Health Benefits of Beta Glucan?

Beta glucan is a soluble fiber—an ingredient that has gained attention as a preventative role in both obesity and metabolic syndrome (a combination of conditions that increase your risk of heart disease, stroke, and diabetes, including high blood pressure, high blood sugar, excess body fat around the waist, and high cholesterol levels).

Several studies have confirmed the use of beta glucan in the prevention and treatment of various characteristics of metabolic syndrome.21 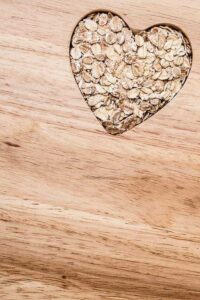 Beta glucan can help you lower your cholesterol.

Research conducted over the last 13 years shows that consuming 3g of beta glucan every day, particularly from oats, can lower blood cholesterol levels by 5 to 10 percent.2

When patients with high blood cholesterol were given beta glucan for six weeks, both their cholesterol and LDL levels were significantly reduced.3

Beta glucans are well-known as immune modulators. An immunomodulator helps make your immune system smarter, so your body can ward off and kill disease. This is different than an immune stimulant, like goldenseal, echinacea, or colostrums. Beta glucan modulates or activates, but never overstimulates, which makes it safe even for long-term use.

Beta glucans are the most studied immunomodulators on earth. They are also the most commonly consumed immunomodulator due to their anti-cancer, insulin resistance, anti-hypertension, and anti-obesity effects.1

Instead of killing cancer cells directly, beta glucans stimulate the immune system to do its work in targeting the rogue cells. A Clinical Cancer Research study revealed how it works: beta glucans find their way into the spleen and lymph nodes, activating tumor-capturing immune cells and providing anti-tumor immunity.6

The cancer-protective research on beta glucan has been so strong that the Japanese government approved the use of a beta glucan found in mushrooms for the treatment of several different types of cancers including gastric, breast, colorectal, and lung cancers. Further studies show that this compound may also have “great potential as an alternative therapeutic modality for prostate cancer.”5

In addition to cancer, beta glucans have been shown to increase the resistance to bacterial and fungal pathogens. Recent studies on athletes and firefighters showed significant reduction in the incidence of upper respiratory tract infections when they were given beta glucans. 7, 9

Since adults average two to three colds per year, while children suffer from even more, beta glucan is one of the top contenders to have on hand.8

In fact, it’s one of my favorite 7 natural immune boosters that I think belong in every household. I put together a kit with all seven for each of my college kids when they head off to school, a lesson I learned when my daughter got very ill at schooll. 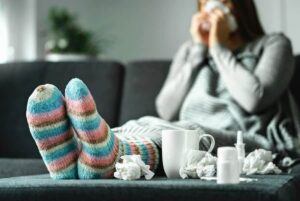 Taking beta glucan while you have a cold is a great way to help yourself get well naturally.

Potential Use Against Exposure To Anthrax

The Canadian Department of Defense studied the effects that beta glucans have against chemical and biological warfare such as exposure to anthrax. Mice given doses of beta glucan one week prior to infection from anthrax increased their survival rate from 50 to 100 percent.11

Can Pets And Other Animals Take Beta Glucan For Immune Health?

As an immune system modulator, beta glucans show great potential not only in the treatment of humans, but also for invertebrates, rodents, fish, domestic farm animals and household pets!10 Research is currently being conducted on the role beta glucans may play in replacing antibiotics in both animal feed and aquaculture.

Allergies are an autoimmune response—produced when our immune system forms antibodies that, instead of responding to foreign invaders such as bacteria, go after non-threatening, harmless proteins such as those found in grass pollen or, as in the case with Tennyson, the protein in a kitten’s dander.

As allergies represent our immune system gone haywire (as with autoimmune diseases), it only makes sense that this potent immunomodulator would have beneficial effects on those who suffer from allergies.

When ragweed allergy sufferers were given a supplement containing beta glucan for four weeks, over 50 percent showed reduced severity in allergy symptoms such as nasal congestion and watery eyes. In addition, they also reported an improved quality of life as well as a decrease in sleep problems.12

In 2000, there were 171 million people around the world suffering from the effects of diabetes. According to the World Health Organization (WHO), that number is expected to more than double by 2030.13

Studies show that beta glucans have great potential as a treatment for diabetes and its complications.

A study following the health of over 65,000 women for six years found a definitive correlation between the consumption of beta-glucan fiber found in cereal grains and a reduced risk of diabetes.14

An estimated 103 million Americans have been diagnosed with high blood pressure, and drugs designed to lower blood pressure are some of the most frequently prescribed medications in the country. Studies show that the side effects of these pharmaceuticals are concerning, including higher risk for developing breast cancer in older women.15 One recent study revealed that two types of blood pressure medications may actually increase the risk of death.16

Multiple studies reveal beta glucan’s effectiveness in reducing blood pressure, suggesting that taking beta glucan while adopting a healthy plant-based diet and a regular exercise regime should be the first, rather than the last, approach when trying to lower blood pressure.13, 1

Stress has been pronounced the health epidemic of the 21st century. For many, stress has become so prevalent in their lives that it is considered the new normal. 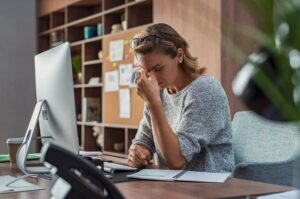 If you’re feeling really stressed, you might benefit from the effects of beta glucan.

While a healthy stress response was once important to keep us alive—as when running from a saber-toothed tiger—the everyday stress in our current lives means stress hormones are on alert 24/7, shutting down our immune systems, raising our blood pressure, and creating muscle stiffness and pain.

In addition to simplifying your life, eating a plant-based diet, and finding practices that relax you, studies suggest that specific strains of beta glucan can be an effective element in an effort to combat the effects of stress.

A group of healthy women who were under “moderate stress,” were given 250mg of baker’s yeast-derived beta glucan or a placebo for 12 weeks. Participants who took the supplement reported a 41 percent increase in physical energy, mental sharpness and emotional well-being. They also had fewer upper respiratory symptoms than those in the placebo group.17

Beta glucan is a prebiotic, a substance that the good bacteria (or probiotics) in your gut feed upon. This, in turn, supports a healthy microbiota population—the vast community of approximately 100 trillion micro-organisms (including bacteria and fungi) that live in your gastrointestinal tract.

Our gut microbiota are, like our fingerprints, unique to each of us and, as almost 80 percent of our immune system dwells in our gut, they are crucial to our overall health and well being.

Research shows that those with a diverse microbiota population have a lower risk of developing diseases such as inflammatory bowel disease, celiac disease, diabetes, psoriatic arthritis, obesity, and allergies.18

Beta glucan is becoming popular for topical use as an ingredient in creams and moisturizers, because it can penetrate both the epidermis and dermis with its cell regeneration, antioxidant and moisturizing properties.

These features, as well as its immune-enhancing, antibacterial, and anti-inflammatory capabilities, make beta glucan a good topical treatment to heal wounds and repair tissue.

Besides studies showing it can reduce fine lines and wrinkles,19 in vitro experiments have detailed beta glucan’s ability to accelerate the healing process in both acute and chronic wounds.20

How Can You Get Beta Glucan In Your Diet?

Because our bodies do not produce beta glucans, we must get these important compounds from outside sources. Whole-food sources include oats, barley, yeasts, seaweed, and medicinal mushrooms such as Maitake, Shitake, and Reishi. Some wild-growing mushrooms, such as Bracket fungi, also have high levels of this polysaccharide.

While I usually opt to obtain nutrients from whole foods, it is difficult to obtain the therapeutic amounts from our diets. For this reason, I take 1500mg of Beta 1,3D Glucan every day.

Scores of research can’t be wrong. Adding beta glucans to your daily diet will play a significant role in building up your immune system in order to help it combat the many adversaries it faces in the 21st century.

Beta glucans are one of the most studied compounds for their effects on our health, including preventing disease and as immunomodulators.

Currently, they are used in the treatment of cancer, diabetes, high blood pressure and cholesterol as well as for weight loss, healing wounds, and as an immunomodulator.

If you don’t already have a favorite beta glucan supplement, you can try the one I use. 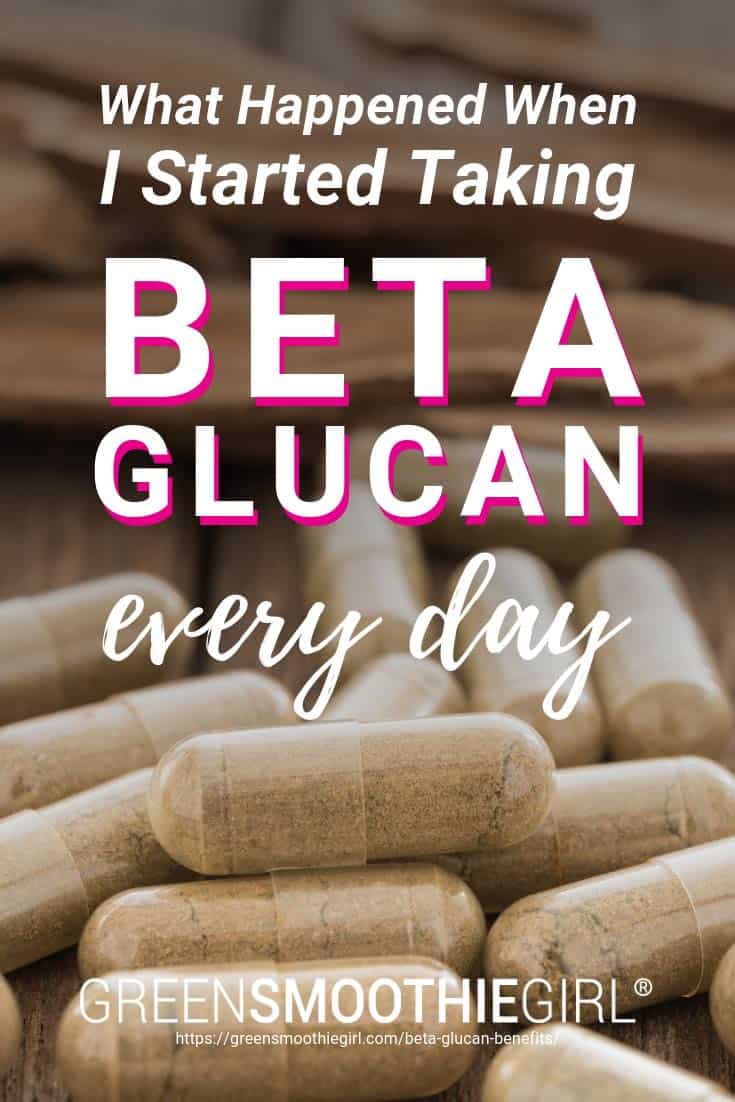