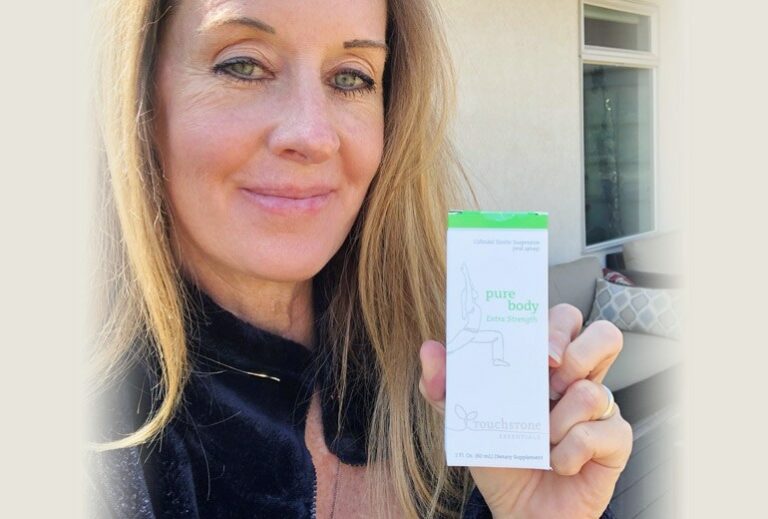 Are you “toxic?” Probably so. It’s a function of living in this world. And we don’t know better, until we know better.

All of these are EXPOSURES to toxicity. Your body is not built to metabolize and eliminate things like mercury, aluminum, and glyphosate.

We’re all being exposed to toxins and heavy metals on a regular basis, and avoidance of the toxin is no longer enough.

The results: fatigue, brain fog, sleep and mood issues, inability to lose weight, premature aging, and many other health concerns.

Instead of feeling hopeless or trying a bunch of things that don’t work, there’s one natural mineral that’s proven to clear out the “toxic garbage” that might be devastating your immune system and holding you back in ways you don’t even know.

How Toxins Impact Your Health

The toxicity we must all deal in today’s world is something I talk about all the time.

I believe it’s important for everyone to detoxify often, and I lead a guided 26-Day Detox once or twice a year. (In January, we have a big group, and it’s FUN, as well as highly productive, as we see everyone’s health turn around!)

We’re exposed to at least 80,000 chemicals in our daily lives, from food, water, air, and more. So much of the disease, cancer, and health problems we experience have their roots in toxicity.

Mercury, arsenic, lead, cadmium, pesticides, mold, radiation, and volatile organic compounds (VOCs) are only some of what our bodies have to fight daily.

Much of the health problems we experience today are rooted in toxicity. In fact, over 90% of major diseases can be linked to toxin exposure.

So, you need a way to eliminate these toxins, effectively.

Why You Need a BINDER to Carry Toxins Out of Your Body, Even If You Do Cleanses and Detoxification Programs

Even good detox and cleanse programs that open up your elimination pathways may not be enough to deal with major toxin-related health problems.

As your body tries to detoxify itself, the toxins can overwhelm your elimination pathways, allowing heavy metals and other toxins to re-circulate back in your body.

The toxins may even re-embed in fatty tissues — your body’s way of protecting you — making it difficult to release extra weight.

Binders “bind” to toxins and transport them out the body. If toxins are not bound to anything, most of them will get reabsorbed in the gut.

Heavy Metals Are Harmful and Don’t Leave Your Body Easily!

Heavy metals occur naturally. Some, like zinc and iron, are vital for life in trace amounts. While others, like arsenic, lead, and mercury, are some of the most deadly substances on earth. You may be exposed to them and not know it.

Many “mystery illnesses,” like brain fog, fatigue, and headaches, can be traced to heavy metals accumulated in your organs and tissues.

Nature has an answer to all the toxicity we’re dealing with.

Zeolite clinoptilolite is a natural mineral, created through a reaction of volcanic ash and seawater.

This porous substance has a negative charge and a “cage-like” structure, so it binds to positively charged toxins, like a magnet, and carries them, quickly and effectively, out of your body for good.

Zeolite is especially effective because it can bind to toxins throughout the body — and it has an affinity for toxins only. So, it never removes beneficial minerals, which your body needs to help fight toxins.

(Some people use IV-chelation-containing binders to remove heavy metals from your body. But, this type of binder also massively depletes the minerals you need, for every function in the body. So, it can be very hard on you, to go through that process.)

When you do a detoxification program or cleanse, it’s a great idea to take zeolite to support your body in flushing out toxins, instead of reabsorbing them.

And even if you don’t do a detoxification program, taking zeolite morning and night, for a few months, or a week out of every month, is a great idea, to bring your “toxic body burden” down.

Zeolite clinoptilolite has been widely studied, and the health benefits are impressive. These are only some of them:

Zeolite binders can be wonderful for truly getting rid of toxins. But, there are several problems with most zeolite products on the market:

First of all, an abundance of low-quality zeolite products exist on the market. Many of them are made from synthetic zeolites. That’s why you want to choose a product made with zeolite clinoptilolite, a natural zeolite.

Second, powdered zeolites only work in the colon. But that’s not where the majority of toxins accumulate. Pure Body Extra Strength uses a unique activated hydrated zeolite optimized to target toxins on the cellular level — for a passive and fast-acting whole-body cleanse.

Third, most zeolite products aren’t capable of cleansing at the cellular level. To go beyond the gut and reach into cells for a deep detox, you want a zeolite that’s nanosized.

When it’s nanosized (made exponentially smaller) and suspended in water clusters, zeolite can cleanse at the cellular level, traveling throughout the body. It’s even able to cross the blood-brain barrier.

And fourth: when zeolite is mined, it’s naturally filled with environmental pollutants, because it’s good at absorbing toxins. To effectively help cleanse your body, and not add to the toxicity, the zeolite must be first cleansed itself, and then filled with alkalizing minerals. 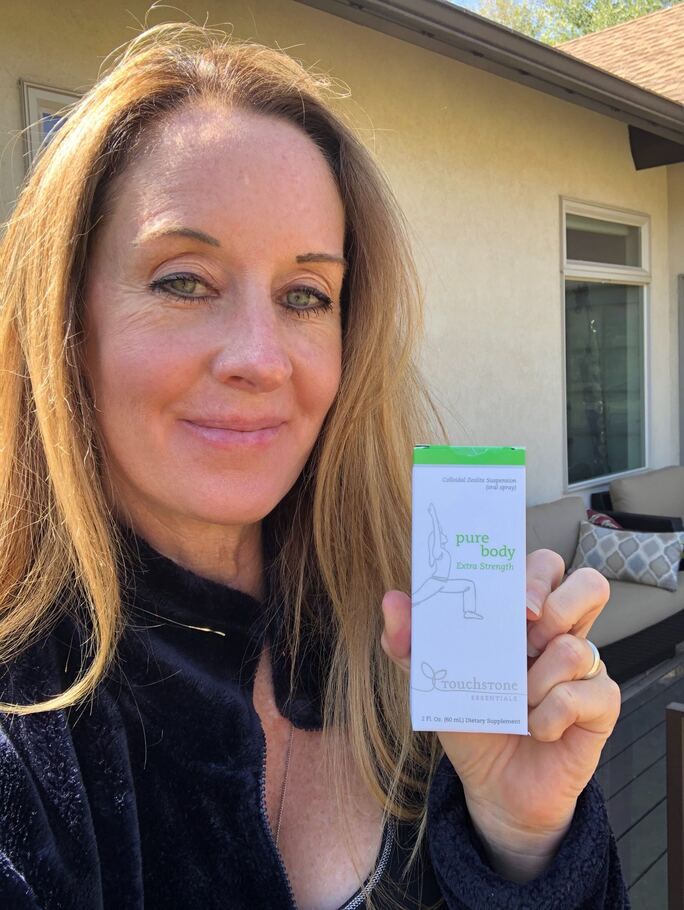 Robyn loves this product for eliminating heavy metals and toxins from your body!

I’ve been researching detoxification for 25+ years, and recovered my own health by doing effective detoxification, so I’ve learned a lot about the right way to support your body’s ability to remove harmful substances.

Pure Body Extra Strength has a high percentage of zeolite clinoptilolite — the natural type that is proven to work. Looking at the x-ray diffraction analysis,9 you’ll see that it has 100% natural zeolite, with 80% pure clinoptilolite (one of the highest ratios found in zeolite deposits in the U.S.).

This exceptional zeolite product cleanses down to the cellular level, throughout your body — and it doesn’t remove beneficial substances from your body, only harmful toxins. Plus, it’s backed by 300+ studies on PubMed.10

What People Are Saying About This Exciting Zeolite Product

Here are some testimonials that show how Pure Body Extra Strength by Touchstone Essentials is making a difference in people’s lives: 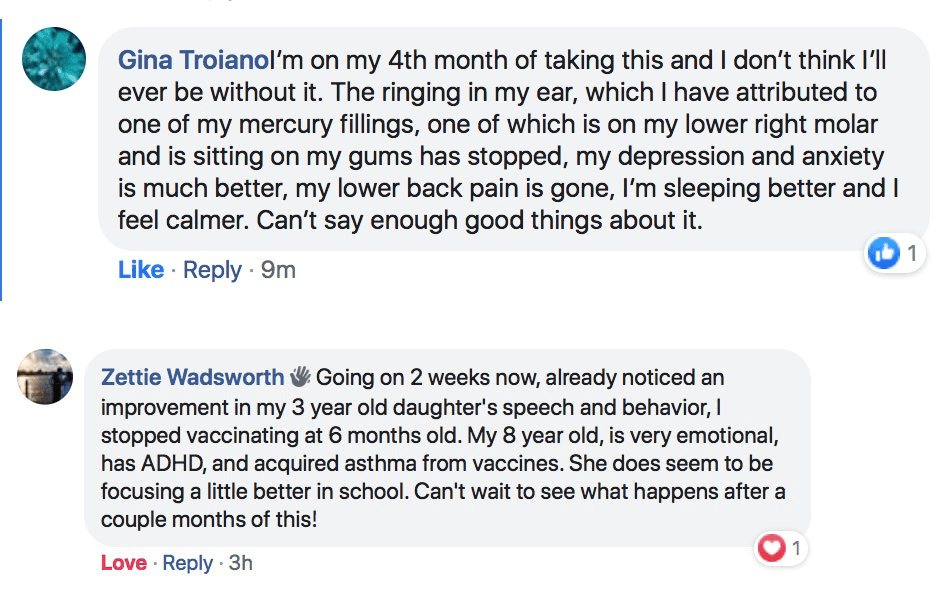 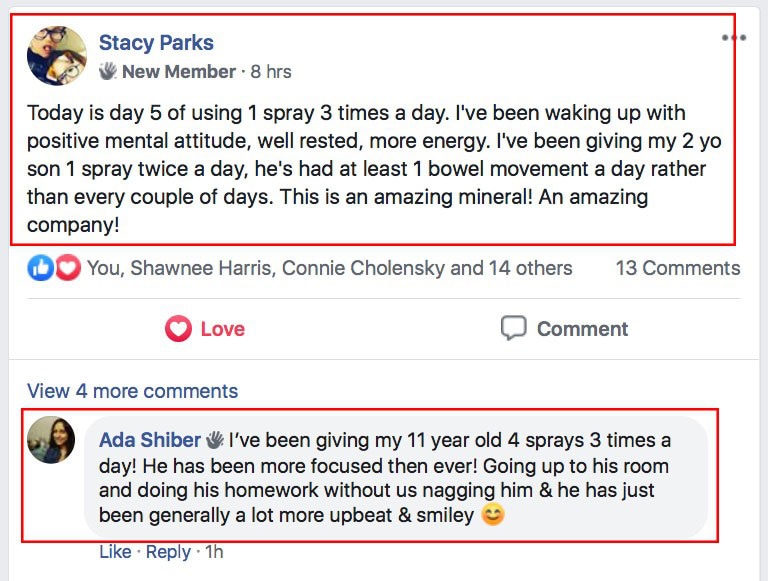 A Way to ELIMINATE Toxins from Your Body

The $5 promotion has ended. However, you can still get the Pure Body Extra Strength Zeolite Detox product at a 20% discount when you sign up for auto-ship.

Best of all, there’s zero risk. You can cancel your subscription any time (before the next shipment), or return your shipment within 30 days for a full refund.

Imagine being finally free of health-harming and disease-causing heavy metals, VOCs, pesticides, radiation, and other toxins in only 30 seconds a day, with no harsh side effects.

Grab your bottle of Pure Body Extra Strength to start effectively eliminating toxins from your body!

Pure Body Extra Strength uses natural zeolite that has been purified to perfection, making it a highly effective detox. It’s colorless, odorless, 100% natural, non-toxic, and safe for long-term use.

Everyone Needs to Take Action Against Toxins!

Our world today is filled with toxins, and our detoxification systems simply can’t keep up.

We all need to take steps to reduce our toxic loads and eliminate toxins from our bodies if we want to strengthen our immunity, and live healthier and happier.

Using zeolite clinoptilolite is a powerful and proven want to support your body with a rare mineral created by nature.