Ridges, Bumps, Or White Spots On Your Fingernails? What Your Nails Say About Your Health 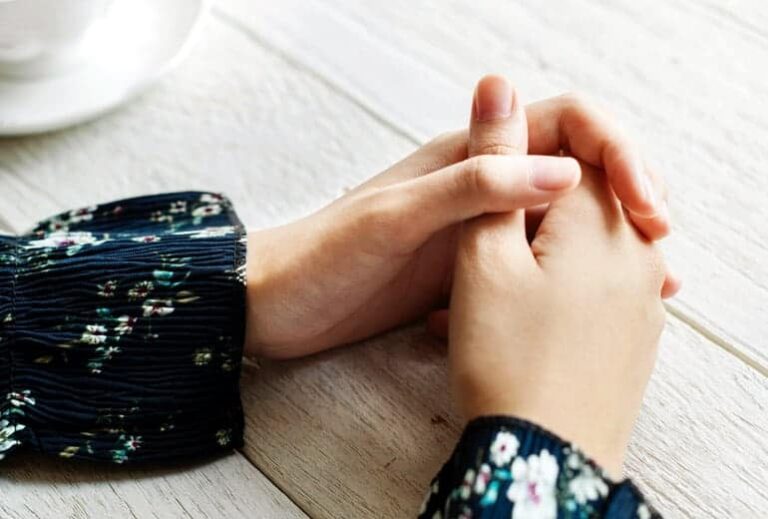 Fingernails are fascinating. On any given day, they scratch our itches, peel our stickers, pick our teeth, and protect our fingers.

But, did you know that the color, texture, and resilience of your fingernails can reveal important indicators about your overall health?

Ridges, ripples, bumps, and spots in your fingernails can reveal problems in your liver, lungs, and even your heart.

If you pay attention to these warning signals, your fingernails can be the canary in the mine, alerting you to problems before they get worse.

You just need to know what you’re looking for.

What are fingernails made of?

Your fingernails are made up of layers of keratin, a protein also found in your skin and hair. It’s no coincidence that strong, healthy nails usually go hand in hand with strong, healthy hair and skin.

Like the rest of our body’s bones and tissues, our hair, skin, and nails are nourished best by plentiful, bioavailable minerals. They’re also often one of the first red flags when something has gone awry, healthwise, or when important minerals are in scarce supply.

Healthy fingernails vary in color, size, and shape. However, in general, your fingernails should be shiny, free of horizontal ridges, grow quickly, and resist breaking and bending.

Fingernails: What’s Normal and What’s Not

Fingernails can tell you a lot about your health. But first, you need to know what’s normal—and what’s not.

We’re going to start with the normal category here. Because, often, people get caught up worrying about a couple of fingernail features that are (usually) totally normal.

For the most part, there’s no need to worry if your fingernails have these qualities. However, like most health issues, your radar should go up if they come on suddenly or dramatically.

Don’t ignore small changes you see in your nails that may signal a larger health problem or deficiency. It’s always easier to treat a deficiency, infection, or disease earlier rather than later.

Keep a close eye on these telltale signs and symptoms:

How to Improve the Health of Your Fingernails (and Body!)

There are plenty of “fingernail hardeners” or dietary supplements made just for fingernails. But thinking bigger picture--and addressing the underlying health issues your nails point toward--is the best way to both healthy fingernails and whole-body health.

Some conditions that cause unhealthy fingernails require their own treatment plan (like hepatitis). However, many health issues (and fingernail issues) can be resolved just by taking better care of your body.

So many of the health problems we deal with in modern society can be traced to sugar and other processed foods--and a lack of nutrient-dense food. Our bodies simply weren’t meant to eat refined sugar, white flour, and added chemicals, especially in the quantities many of us consume it.

Sugar and white flour products cause yeast overgrowth and wreak havoc on your gut (which keeps you from absorbing and using minerals and nutrients properly).

On the flip side, you’ve got to replace all those empty, toxic calories with greens, vegetables, fruits, legumes, whole grains, and nuts and seeds. Add more whole foods to your diet, more plant foods, especially more raw (uncooked) plant foods. Your digestive system was built to process mostly raw, mostly plant food. Give it what it wants!

You can learn more about the process of reversing early signs of toxicity and illness, in my free video masterclass about how to optimize human detoxification.

You can also learn about how I reversed 21 diseases, got off 5 prescription medications, and lost 70 pounds without dieting, shifting to a whole foods diet, in this free video masterclass.

2. Heal Your Gut with Probiotics and Enzymes

If you want a healthy body (and healthy nails), the best place to start is your gut.

The millions of bacteria that live in your gut form a “microbiome” that plays a huge role in whether or not you get sick, fight off disease, or even feel mentally healthy and stable. And the enzymes (or lack thereof) in your gut mean the difference whether or not you can absorb and actually use vital nutrients and minerals.

If your microbiome is out of balance, the problems you might deal with are endless, including leaky gut. Supplementing with probiotics and enzymes are two of the best ways to heal and balance your gut, and make sure you’re able to actually use the minerals and nutrients you eat.

Don’t just reach for the fish oils for your Omega-3, though. Not only is plant-based Omega-3 free from contamination like mercury, but it’s more sustainable and more bioavailable. Sprouted flax, chia, and broccoli seeds are the absolute best, most bioavailable plant source of Omega-3.

Healthy nails (and a healthy body) require plenty of iron, zinc, calcium, and other vital minerals. But nearly everyone living in North America is mineral-deficient. This comes as no surprise, given the chemical-intensive environment we live in, which uses up minerals faster than we can consume them.

We have access to plenty of mineral-rich foods and supplements, but few of them are well-absorbed by the human body (in other words, bioavailable).

Humic acids and fulvic acids, from deep inside the earth, are the very best way to get your vital nutrients and minerals--especially trace minerals.

The highly concentrated fulvic and humic acids are easily recognized and used by the body, in a way that even many fruits and vegetables are not (when they come from the mineral-depleted soil of North America, anyway).

Just add a dropperful of humic/fulvic concentrate in your water, first thing in the morning, and last thing at night, which is when you’re most mineral-depleted, and when your neurological system will benefit quickly from these 90+ nutrients, for falling asleep quickly at night, and waking up quickly to be productive and clear-minded, in the morning.

Your fingernails are just one tiny part of your body, but they can be important signals of your overall health. Healthy body, healthy fingernails--and vice versa!

Read next: Is all nail polish toxic? Check out what I learned after getting “gel toes” at the salon!

12 thoughts on “Ridges, Bumps, Or White Spots On Your Fingernails? What Your Nails Say About Your Health”