Bone Broth Blowout!!! This Month Only. Click Here to Grab This Deal!

In Which I Confess My Worst Parenting Crimes 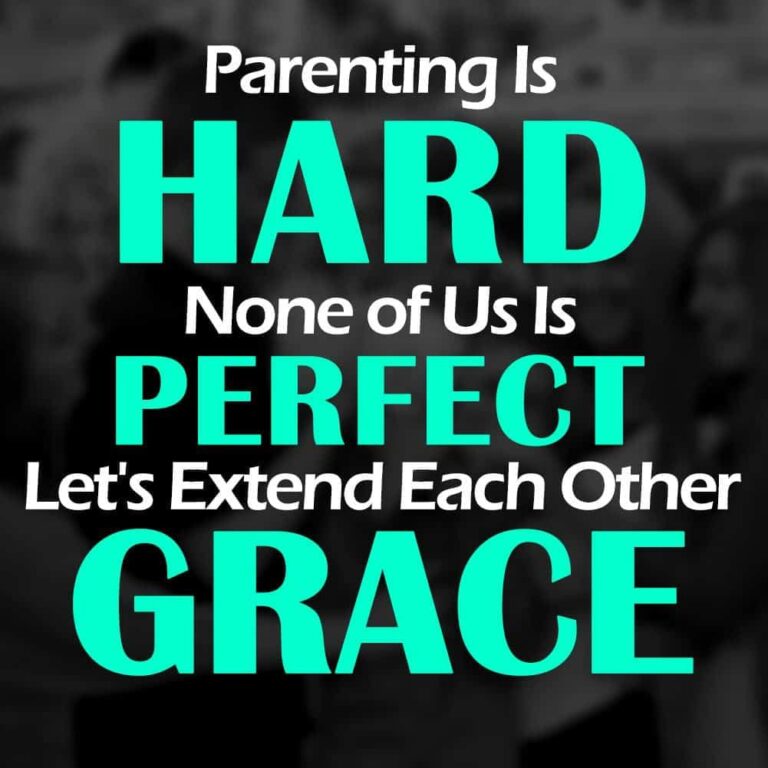 I saw thousands of judgy comments, attacking the mother last month, when the gorilla in the zoo was shot by zoo staff when a 4-year old somehow got into its enclosure. The meme that circulated on the internet said:

“I don’t know why they shot me. I was taking better care of the kid than the mother was.” Thousands of comments supported the meme, and raged at the mother as neglectful and abusive and a lousy mom.

And then hundreds of condemning comments when the mom in Florida, who lost FOUR daughters when a tire blew out, in her 8-seater car carrying 11 people. On her birthday. I’m sure the family was enjoying Memorial Day together, and now four children from the same family are dead.

And the first paragraph of many of the news stories announced, “The mother driving the car has not been charged yet.” And I have no idea what purpose is served by saying the mother whose little one got into the enclosure should have to pay for the gorilla’s death.

She’s guilty of doing what every parent of every 4-year old does, often: taking her eye off him, for a minute. She’s not guilty of, or responsible for, the death of a prized captive animal.

The mother driving with at least 3 people not in seatbelts is guilty of probably not being able to afford a bigger car. And maybe driving on bald tires.

Probably for the same reason–poverty. What other crimes would we like her to be guilty of–manslaughter?

My private theory is that the reason so many parents want to throw other parents under the wheels of the bus, and judge–is that it makes us feel superior for a moment. Because if you’re a parent, you feel guilt. Every. Damn. Day. Parenting is the hardest gig ever.

It’s a long-haul job, with absolutely no guarantee of any payback, and if you’re doing it alone, without help, as I’ve done for almost 8 years– -and if your kids are teens and young adults–well, I feel your struggle and would love to carry your burden with you a bit, if I can.

At a minimum, I want you to feel my support.

Oh, how we fail our kids. Right now, I’m going to confess my worst sins. Because I want to see what happens. When I make a confessional of my ugly secrets. I don’t believe for one second that other parents haven’t committed crimes against their kids. Before I even get started with my own personal litany, I want to say that I love my four kids so much it hurts. 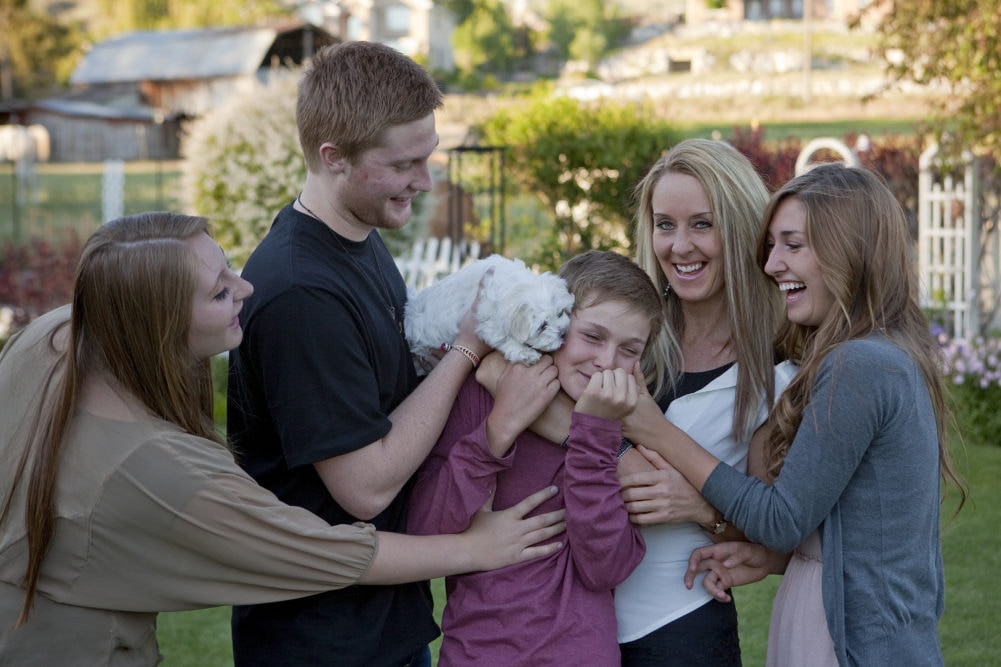 I was disenfranchised from one of my kids, a couple years ago, and a friend of mine brought a big sports photo of that particular kid, that she got at the high school from the athletic trophy case they were cleaning out.

I literally dropped to my knees and burst into tears, looking at it, just from the squeeze on my heart, thinking how much I love this human whose DNA is half mine. Like no other people on the planet, I love my kids.

And I absolutely know that mama took her boy to the zoo because she loves him. I know that mama driving an overloaded car in Florida– -she loved hers, too.

I loved my children since before I knew them. I spent 5 years in infertility testing and treatment. Lost several in miscarriages and ectopic pregnancies, including one member of a set of twins.

You’d think that would make me a perfect parent, if there is such a thing. That I went through so much loss, expense, so many tears–to bring my children into the world. But you’d think wrong. I woke up every morning, for years, pinching myself that I got to be a mom. I was so happy. Raising those four little kids, all born in August, all born in less than 7 years–these were some really happy years of my life.

I loved every minute of the baby phase. I adored raising toddlers. I loved kids in school, founding their charter schools and volunteering there a lot, giving the teachers healthy snacks for them, making all their food, teaching them to garden, teaching them piano lessons, weekly visits to the library and reading charts with rewards, summer camp co-op with other moms, taking them to Europe and on humanitarian trips. I love teens, with their friends in and out all day, yelling, “Hey Mama!” And now, I think it’s amazing to see my babies Adulting.

I was taught that my main and almost my only function on the planet was to bear and raise children. And while I don’t really embrace that philosophy any more, I do feel that having my babies was the most purposeful and joyful thing I’ve ever done, and their childhood years were some of my happiest. I absolutely loved being a stay-home mom, working from home.

And still. My crimes against them. Here we go. Feel free to share one or more of YOUR crimes. I intend for this to be cathartic.

And, I hope to have this be a message of begging for mercy from each other, if anyone reads it. It takes a village, and the village has to be accepting and nurturing of parents in general, even and especially the flawed ones. So we have less shame about our mistakes.

1. It starts with their father. I was married very young, and am not married to him anymore. Not only did I divorce my kids’ dad, which deeply wounded them all. But also, one time in a fit of rage, when I was old enough to know better, I got several of his beloved, well-preserved baseball hats out of closet, where they took up a whole shelf, perfectly organized. And I cut them in half. It’s truly the meanest thing I’ve ever done. I also, in our first year of marriage, spiked a box of ice cream on the kitchen floor, when he came home from the store with the wrong one. I’m sorry I used to indulge in excesses of anger. This is a terrible example to my kids, the oldest of whom is getting married soon.

2. Once I lost not only my own kid, but my cousin’s kid, whom I was homeschooling, at the public library. The library staff and I spent over an hour searching, before we found them hiding behind a car in the parking lot. I was hysterical, wracking my brain for how to tell my cousin, who was in chemo treatment for cancer, that instead of helping her keep her daughter out of the germy school–I actually lost her. I wish I could say this is the only time I lost a kid. But it’s not. One time Tennyson wandered away from home, at age 4, and was found later by the police wandering the halls of the junior high school nearby, as I was hysterically running all over the neighborhood. Luckily he had a green helium balloon tied to his wrist that day, so he was rather easy to locate.

3. I made Cade take Suzuki piano lessons, and I was a total drill sergeant, sitting with him to practice every day. I made him hate piano. He also hated his preschool, when he was 3, and I made him go every morning anyway, telling myself, “My kid isn’t gonna be a quitter!” I deeply regret this—he started kindergarten hating school. I wish I had 20 more years’ experience and wisdom, back then, so I would have made better choices.

4. I thought I was helping my kids, by quitting my corporate career and starting a business I could run from home. But the downside was, so many times I’d be deep in a writing project, or on a phone call, when one of my children wanted to come in and talk to me. I’ve reacted with annoyance, or pushed them off till later, more times than I can count. I can be really selfish, and obsessed with getting stuff done on my list. I hope my kids will forgive me.

5. I was raised with spankings, and I spanked my kids. I justified it with, “Sometimes kids need immediacy.” But sometimes I did it when immediacy wasn’t important, and sometimes I did it in anger. Till Tennyson was 7, and I announced to everyone one day, “I don’t spank anymore.” Love and Logic classes had taught me that kids who are hit just become avoidant and aggressive. I’m sorry I ever did this, and if I could go back, I wouldn’t spank, ever. 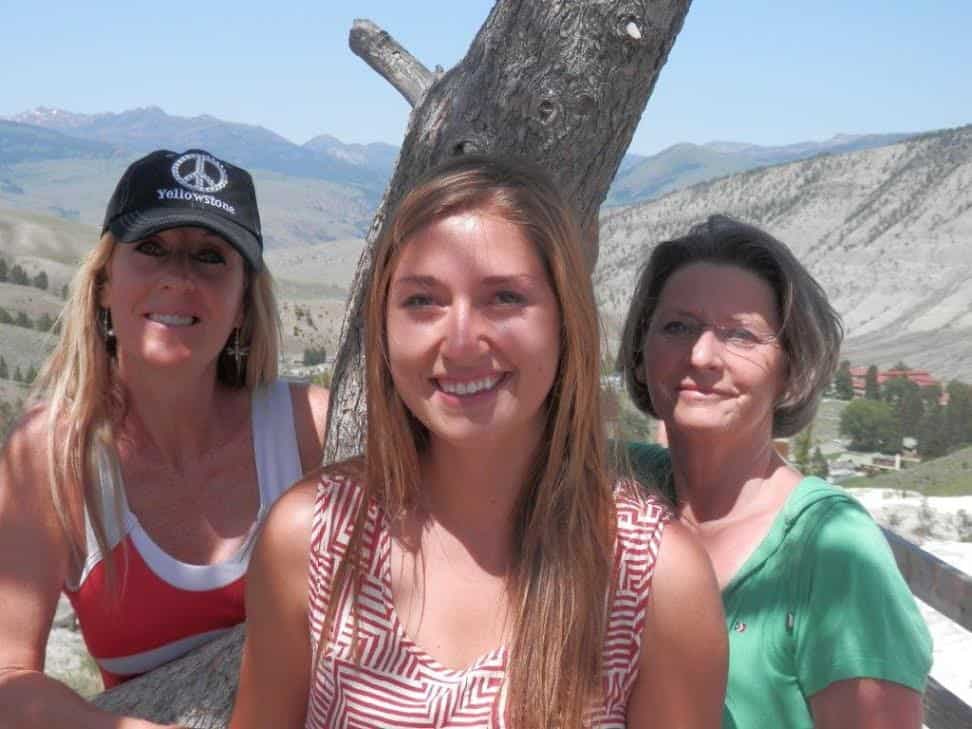 I’m sure I could go on all day. But I did try to give you REAL crimes, not things that subtly just “show off.” These things I did? They pretty much suck, and there’s no gloss you can put on them to excuse them. Except just being rather human, and often lame.

Thanks for reading, and I’d love for you to share your thoughts. If you want to judge my parenting, bring it on.

But in general, towards each other, I hope we think about Jesus’ counsel to those outraged by the sins of the “woman caught in adultery:”

“Let he who is without sin among you cast the first stone.”

The funny thing is, those unicorns out there, the “perfect parents?” I do know a few. (Obviously I’m not one of them.)

My former sister-in- law, Kelli, comes to mind. Thoughtful, kind, patient, fun, service-oriented, loving–and her kids are turning out just like her. (“The proof’s in the pudding.”) They’re quick to offer to help, they’re even-tempered, they’re kind, they get A’s in school and excel in extra-curricular activities.

Literally, she’s one of the most perfect people I know, my former husband’s sister. My kids spend a lot of time over there, just two miles away, and I’m glad.

But it isn’t those perfect parents out there I see throwing rocks at other parents! Interestingly, it seems to be people like me. The flawed. The sinners.

And about the public dialogue on parenting, I think we should reserve the word “abuse” for when it’s actually abuse. Otherwise, it gets watered down, and then we don’t have a word for that tiny minority of parents who chain their kids to cinderblocks in the basement, or call them ugly names or beat them.

The word “abuse” gets so overused these days. I see it used often, when it just doesn’t apply. Parents who are looking the other way, fussing with a camera, tending to another child, and their kid somehow ends in the clutches of a gorilla?

Not abusive. Not even neglectful. Just another day in the life of a parent, that ended in a tragedy. Life is freaky sometimes.

May you all continue on, in your parenting, gaining more wisdom and patience by the day.

May we extend mercy to each other. We are none of us without sin. To all the parents out there, Namaste. Let’s support each other better.

35 thoughts on “In Which I Confess My Worst Parenting Crimes”