3G, 4G, and 5G Networks: Why the Difference Can Affect Your Health 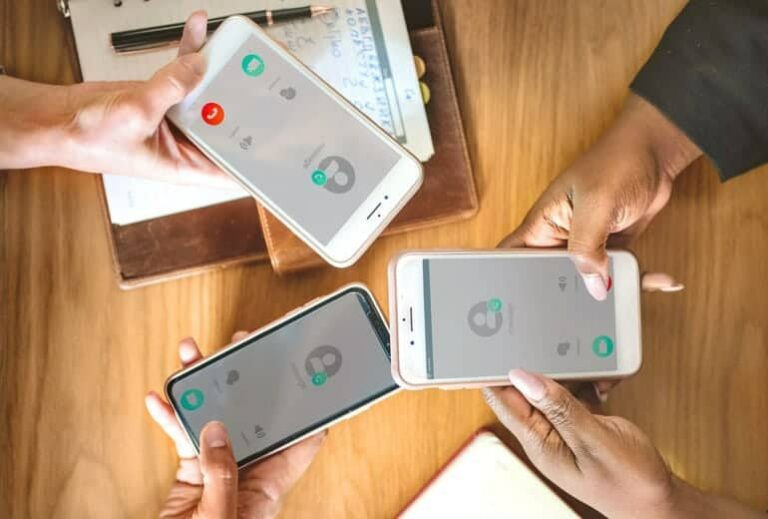 When smartphones first arrived on the scene, 3G networks were a hot commodity, thanks to their quick speeds and high bandwidth.

Then, 4G networks took their place, with even stronger technology that made their predecessor seem molasses-slow.

While this advancement has given us amazing capabilities, the electromagnetic frequencies (EMF) emitting low-grade radiation from these devices and cell towers are associated with several health issues.

And with the arrival of the most powerful network yet, 5G, beginning to roll out in some cities, health experts are deeply concerned about its potential impact.

As smartphones have advanced in technological capability, you may have noticed the numbers increasing in mobile data capability as well. The difference between all the Gs (which stands for “generation”) is the level of speed, security, and reliability, which are enhanced with each iteration to keep up with the demands of modern life.

Current 4G technology was developed to better cope with cloud computing, mobile video conferencing, content streaming, and more, and an even stronger, lightning-speed 5G network is becoming available from the major telecommunication companies Verizon and AT&T.

Although we can’t fully gauge the health effects of 5G until it rolls out on a wide scale, more than 180 international scientists and doctors from the Centre for Research on Globalization have been lobbying for a moratorium on its rollout.

According to this group, the steps required for widespread 5G implementation will cause increased and unavoidable exposure. (5G only works at short distances, for which many more antennas will have to be installed, particularly in urban areas--in most neighborhoods, a small station must be installed about every 5 homes!)1

This moratorium is based on a review of many scientific publications showing that “EMF affects living organisms at levels well below most international and national guidelines.”

So, even though telecom companies may be following the rules, we are still susceptible to the health effects of EMF exposure, which include:

The state of California has acknowledged these potential effects by amending a recent bill on the placement of cell towers, stating that they cannot be installed on a fire department facility.2 This change was in response to a report by the International Association of Fire Fighters’ Division of Occupational Health, Safety, and Medicine, which took a strong stance against using fire stations as locations for cell phone towers and transmissions, due to their growing concerns about EMFs being hazardous to the health of emergency personnel.3

The World Health Organization’s International Agency for Research on Cancer has also classified radio frequencies (RFs, a type of EMFs) as “possibly carcinogenic” to humans as well, based on epidemiological evidence showing an association between RF exposure from mobile phones and various head cancers.

WHO has commissioned further studies on longer lifetime exposure that younger generations will experience. They have also noted changes in brain activity and sleep, with more research coming to determine the extent of these changes.4

Because they’re operating within legal limits, however, it does not benefit them to make changes that may affect what’s most attractive about their wireless products: high speed, security, and reliability.

Research on the Health Effects of Mobile Phone Use

Cell phones are ubiquitous these days. Even your grandmother probably has one in her pocket.

It’s hard to imagine that such a common and essential part of modern life could be harmful, and you can’t “see” radiation emitting from your phone. But growing evidence suggesting negative effects on the body has been ignored by leading telecommunications companies for years.

From brain tumor risk to DNA damage and reproductive issues, the electromagnetic frequencies (EMFs) emitted from cell phones can alter our bodies in ways that threaten our short-term and long-term health. These are some of the documented health risks:

These are far from all the studies on the effects of cell phone use on human health. Renowned researcher Dr. Magda Havas has collated thousands of studies on the biological effects of EMF exposure, many of which explore the link between mobile networks and health concerns.

Being proactive about your health and staying in the know about how technology affects the body is essential to keeping you and your family safe from increased risk of health problems due to EMF exposure.

Luckily, there’s a lot you can do to protect yourself. I’ve spent hundreds of hours researching this topic, and I'm sharing my Top-5 EMF Action Steps for free, to show you free and inexpensive options to decrease your exposure.

Whether the network is 3G, 4G, or 5G, though, the way people use and carry their cell phones prolongs exposure next to some of our most sensitive organs. It has troubled me for a long time that carrying around a cell phone in pants pockets places it right next to sensitive reproductive organs, and girls and women often stick emitting phones in their bras, increasing breast cancer risk, decreasing the body’s energy immediately, and causing risk to heart function.

How To Break Your Phone Addiction

Because cell phones are an integral part of our daily lives, it can be tough to break up with your phone, even if it does improve your health. You do have a few options, however, to become a little less dependent on your favorite device:

Our devices can be difficult to limit, without intention. Leaving it at home has the additional benefit of making us more present and attentive to those we care about, and to more important matters.

Sometimes it’s not practical to be without a cell phone or other mobile technology. Staying connected to family or work is often not optional!

Turn your Wi-Fi off at night. Ground your computer so you aren’t exposed to Wi-Fi during the day. Turn “airplane mode” on when your cell phone is within 6 feet of you, but you aren’t using it. These are simple, easy hacks, but other important protective measures are in my free EMF Action Steps Checklist.

My top inexpensive solution for protection from EMFs and other stress is the Harmoni pendant.

One thought on “3G, 4G, and 5G Networks: Why the Difference Can Affect Your Health”