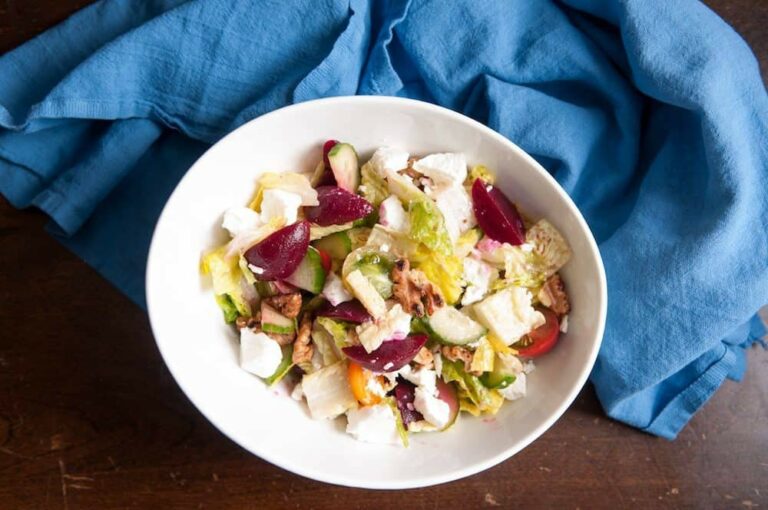 True confessions: “. . . today, I touched and ate a BEET for the first time.”

We have a new employee around here, Shanna. She texted GSG staff last week, and said, “You guys. True confessions. Working here, I thought I should try some stuff, so today I touched and ate a BEET for the first time.”

She described washing, and washing, and washing it…..it wouldn’t stop bleeding! She put it in her green smoothie and said it was “bland.” (I said, that’s because you murdered all the antioxidants in the juice—that’s what the RED is. But, we’re proud of you for trying new things!) 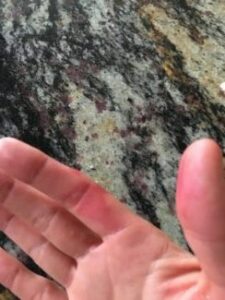 Jason, our programmer, gave her my semi-famous Hot Pink Breakfast Smoothie. I sent her this photo of my hand, the next morning, which is how my hand looks almost EVERY day, because I cut and blend 1/4 of a medium beet into my breakfast. Blood purifying at its finest.

If you love beets, I’m sharing a Dutch recipe similar to potato salad, that Jason sent us, which I’ve adapted. It was a big hit at a party he took it to recently. It reminds me of a similar beet salad my Finnish friend, Saria, made last Fall. I went to a Finnish Thanksgiving with her and her friends, and it was root-vegetable heaven: parsnips and potatoes and carrots and beets in several iterations.

Combine all ingredients except last two. Add cheese and dollops of Vegannaise, and toss just before serving.