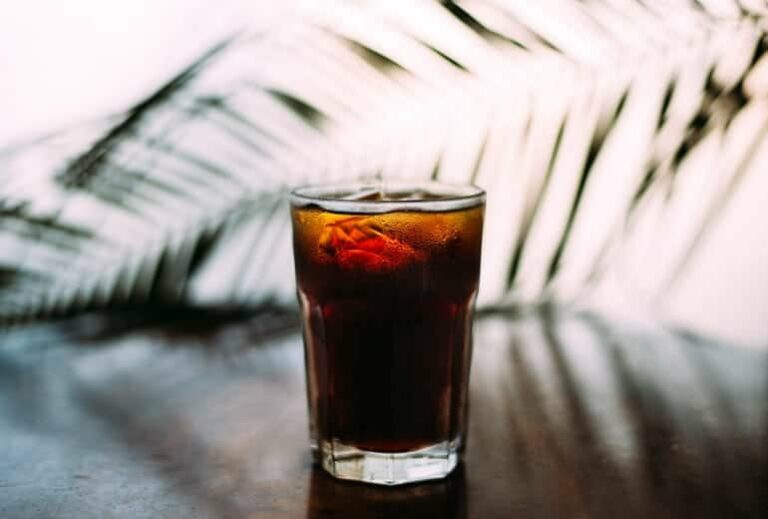 I watch the addiction of a few people close to me, to soda.

One of my closest friends drinks it every day and calls it her “binky.” She kicks the habit but always goes back—because when she quits diet soda, she finds herself taking up sugar.

Another tells me he is not addicted but seems to be in denial. I see him drink it 2 or 3 times a day. I’m not saying this to judge—just to express my concern. Because soda is not food. It’s toxic acid.

One of my tennis teammates is 70 years old, athletic and quick and has never been overweight. One of the Jackson brothers, two local osteopathic surgeons, told her regarding a surgery they were planning related to her arthritis, “If you are going to drink soda after the surgery, I won’t do it. It will just quickly undo my work.”

If you drink soda, you can virtually guarantee that you will have arthritis by age 50. (Both my parents, nearing 70, have “bone on bone” arthritis problems, and neither of them drink soda.)

Oh, and guess what. I don’t care how young you are—50 is coming up faster than you think! If you’re 25 and think that when you’re 50, you’re washed up and don’t care about anything anyway (I thought this when I was 25)…well, you’re wrong.

When you’re 50, you love your life, you want lots more of it, you care about how you look, you’re a sexual person, and you have lots of goals. (For some reason, being at that age right now, I feel the need to tell 20-somethings to care more about their future! I wish I had! I wish I didn’t eat so much sugar in my 20s and get so much sun.)

Some time ago, Forbes magazine interviewed me for ranking things to drink on a 1 to 10 health scale. When it came to ranking soda, I asked him, “Can we have negative numbers?’

I’ve also been asked whether regular or diet soda is worse—my answer is that both are equally terrible, tied neck and neck for “worst foods ever.”  That’s because they aren’t food.  They don’t even have any food ingredients.

I wonder if seven sobering facts about accelerated aging and disease risk from drinking soda would help any of my friends—including you?—kick the habit? Share this with anyone you know who loves the burn of carbonation—or is addicted to the caffeine rush—or maybe both.

Here Are 7 Kicks in the Pants, to Help You Quit the Soda Habit:

Brominated vegetable oil, or BVO, is added to soft drinks. It’s an industrial chemical used in plastics as a flame retardant. (It’s also in sports drinks.) It is known to cause nerve disorders and memory loss. It builds up in body fat and causes behavioral and mood problems, infertility, and heart problems.

2. Fat on the Inside

Researchers in Denmark found that those who drink soda have fat stores around their liver, other organs, and skeletal muscles, which leads to diabetes. Soda drinkers in the study also had much higher triglyceride blood fats and cholesterol than non-soda drinkers.

Aluminum cans are coated with BPA, which interferes with hormones and causes obesity, diabetes, cancer, and infertility. Neither Pepsi nor Coke has been willing to switch to BPA-free, while everyone else in America is doing so.

Lots of soda ingredients are corn-derived, and nearly 90 percent of the corn grown in the U.S. is now genetically modified. The U.S. government isn’t particularly interested in testing this horrible social experiment, but we know that genetically modified crops are linked to rapid aging, infertility, and gastrointestinal tract damage.

Not that those ingredients really resemble corn by the time you drink them…but you get none of the fiber and other nutritional benefits of corn (which are limited anyway) and all the downside of the GMO “frankenfood.”

Two chemicals with reeeealllly long names are known to cause cancer in animals, and they make the lovely brown color in colas. The Center for Science in the Public Interest tried unsuccessfully to get the FDA to ban them. The chemicals are just cosmetic, but of course, Coke and Pepsi aren’t gonna back down. (Look how big the experiment went over when Pepsi tried to make a clear cola called Crystal Pepsi in 1992. All they care about is what sells.)

Even diet soda makes you fat. A study in Texas found that those who drink diet soda gained 70 percent in waist circumference in 10 years, compared with people who don’t drink soda. Those who drank more than two per day? They had a 500 percent waist expansion! The culprit is the neurotoxin aspartame. It actually raises your blood glucose levels, even though it contains chemicals rather than sugar.

Phosphates in cola extend their shelf life and improve taste. But they rob your bones and blood of desperately needed minerals. That leads to kidney problems, osteoporosis, heart disease, and rapid aging.

It stops children and teens from building bone mass, in the critical period they are developmentally meant to do so. (After 30, we generally lose bone mass.) Soda manufacturers have increased phosphate levels higher and higher—but a medical journal article two years ago showed that lab rats with elevated phosphates died much earlier than normal.

I’ve been quizzing my readers who talk to me at classes about their soda addiction. I ask them what they like about it, and carbonation is a major answer.

Read Next: Can Soda Dissolve Teeth?