Dear GreenSmoothieGirl: My baby is breastfeeding, and doing great. But I know I have to make the transition. Besides blending cooked vegetables, what else should I do?

Answer: Please share this blog series with anyone with a baby, or anyone thinking about starting a family.

What I’m about to tell you is worth more than money could buy. I wish I’d had this information before I even conceived my oldest son.

I must make this disclaimer first: My comments should not stand in for competent medical advice. Talk to your naturopathic medical doctor or other qualified, holistic practitioner before implementing these or any other strategies.

In my opinion, the information I want to share with you in this blog series is worth more than the four-year degree I got before going to grad school. I’m crushed that I spent a year feeding my son crap (on the advice of a pediatrician!) before I studied hard (many sources), learned the truth, executed on it, and forever changed my entire family’s future, for the better.

What I’m going to write here is a digest of what I learned during years of intensive study, when my first child was very ill with asthma. He was constantly choking on yellow and green mucous coming out of his nose, which meant it was all over in his head, throat, and throughout his body. No babies or children who have yellow and green mucous are healthy.

But I didn’t know that, then. I was a deer in headlights. A young mother with little information. Overweight and struggling with my own major health problems.

I’m even more crushed to think that not only did I lose a year to total ignorance, as I began my career as a mother, but there are women everywhere who would do anything for their kids, but they have no clue about the devastating consequences of following their pediatricians’ nutritional recommendations. And they follow bad counsel from doctors who are untrained in nutrition, for years.

(Mine said to pump my little guy full of pus- and bacteria- and steroid- and antibiotic-tainted milk of another animal. Of course he didn’t call it that. That’s me being sarcastic. He said to feed him lots of milk. And if I couldn’t get enough bottles of milk in him, I should just add a few scoops of artificially colored, sugar-sweetened NESTLE QUIK. When my son’s weight fell precipitously, he said to feed him lots of ICE CREAM.

A grad student I met after one of my lectures in Arizona last year told me she’d interned with that same pediatrician. And she told me he’s still giving people the same awful advice. She said he tells his patients, “Vegetables and fruits are just fiber. All babies need is milk, for strong bones. Lots of it.”)

I turned my oldest son from a 8 lbs. 9 oz., 23” healthy newborn, to a Failure to Thrive, barely breathing, blue, constantly ill baby so underweight he fell below the 5th percentile. Following his pediatrician’s advice.

And then I stopped doing what the pediatrician said to do. I stopped buying what the pediatrician was feeding his own family. Baby formula made from dairy, then dairy milk and cheese and popsicles and white bread and chicken nuggets, hot dogs. Peanut butter and jelly. Maybe some cooked veggies now and then, a banana and an apple each day, just to feel better about my parenting.

And when I STOPPED doing what my culture’s parenting standards dictated, and started following true principles in nutrition, all the problems disappeared. My boy became strong, robust, healthy, 6’3”. 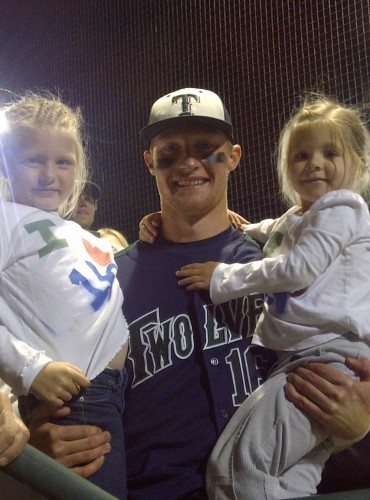 He went on to lead the state in RBI’s (runs batted in) his senior year of high school and pitch in the final two games of the state playoffs.

If he doesn’t achieve his destiny, it’s damn well not going to be because I failed him.

What I’m going to write in this blog series is worth many books I’ve read, and lets you just dismiss a lot of the OTHER books and web sites I wasted time on.

Most published nutrition advice is heavily influenced by the industries who created the mentality that there’s a dairy product for every nutritional need, and a drug for every medical problem.

What I’m about to write could mean that your family never uses an antibiotic again. (We haven’t, for over 17 years.) That you use M.D.’s only if you break an arm or get in a car accident. Isn’t that the ideal? Where did we get the idea that we have to lean heavily on doctors, because we’re so often sick, and cannot problem-solve our family’s own minor issues?

My next post reviews breastfeeding versus the alternatives. How long to nurse your baby, and what to do if you can’t.

2 thoughts on “Nutrition for Pregnant Moms, Babies, Toddlers: Part 1 of 5”