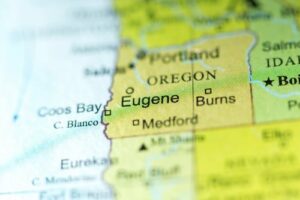 Don and Donna have been married a long time, and live out in the sticks in Oregon, where they’ve raised three children. They’ve recently hit some very hard times, with many losses during the recession, including unemployment and much upheaval.

So Donna’s big request of Don, for her birthday, was that he drive her to my first-ever lecture in Eugene, Oregon.

Donna waited patiently to tell me her story, the last person in line. She was raised on soy formula and was sickly and depressed, from her earliest memory. Her dietary staples were candy. The corn-syrup fruity kind, like Skittles. Until 15 months ago, the ONLY effect Donna understood that eating candy has, on her health, was that they cause cavities. (After all, Skittles are LOW FAT, right?)

One day Donna was on the couch, terribly ill and desperately depressed. Her married daughter found a Juiceman juicer collecting dust in the back of a cupboard and asked Donna if she could use it. “Only if you clean up when you’re done,” Donna said.

Soon her daughter presented her with a glass of fresh-pressed vegetable juice. The next day, she made her another glass. Donna found herself feeling……rather different. Rather better!

She felt guilty, though, with family finances the way they were, about throwing out the mountain of pulp that are a byproduct of juicing. She prayed to God, feeling horribly ill, “Please help me find a way out of being sick all the time.” She walked to the family’s computer and googled,

“What can I do with vegetable pulp and a Vitamix?” (She also happened to own a Vitamix blender.)

What came up was GreenSmoothieGirl.com. As Coach Loretta from Spokane said to me during our Pacific Northwest tour that same week, of the three days after she discovered GSG online, wherein she sat on the couch reading content and watching videos, telling the kids to get their own dang dinner……..

…..like Coach Loretta, Donna then fell down a rabbit hole of watching many GSG videos, reading, and absorbing information. New, revelatory information she wished she’d known decades before. About shifting the body towards alkalinity. The power of raw foods. How easy a green smoothie is. How to make whole foods, and why we HAVE to, if we want to be well.

She was ready and motivated to put new habits into play.

Donna instantly became a green smoothie girl. She said to me, 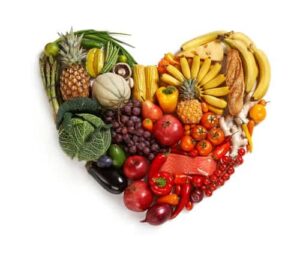 “That was 15 months ago. I have felt better since then, than at ANY other time in my whole life!”

Don, luckily, is “fully on board.” His father, grandfather, and brother all recently died of colon cancer! Don himself was diagnosed with high blood pressure, and polyps in the colon. He’s given up drinking Monster and eating fast food. He loves green smoothies and whole foods and supports Donna in everything she is doing for their health. (A bunch of women reading this are jealous right now.)

Both Don and Donna have lost more than 20 lbs. and have seen radical changes in their health. I’m so delighted to have met these new friends and hope you’re inspired by the story of a mother who is up off the couch, and thriving in the life she was always meant to enjoy. Thanks for sharing with me, Donna, and for driving the distance to my class, Don!