Is Fluoride Good for Your Teeth? Know the Science & the Risks 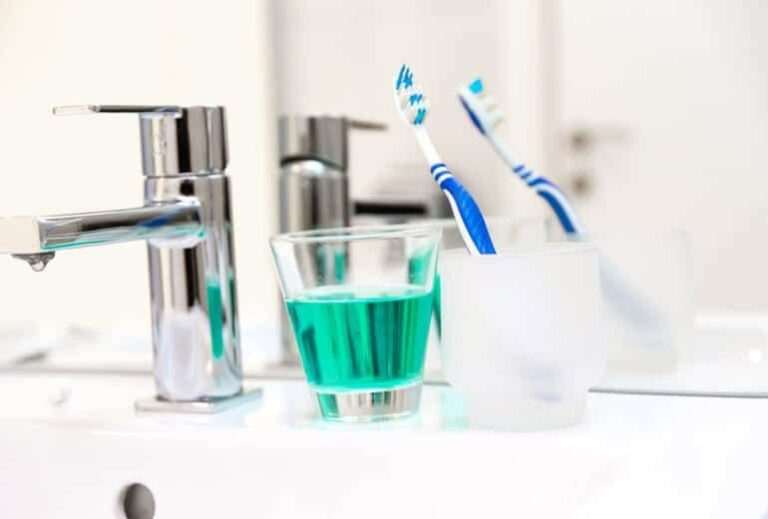 Unless you’ve been living as a recluse for the last 60 years, you are aware that fluoride has been sold to the American public as a benefit to your dental health. You can’t miss the TV commercials produced by the American Dental Association (ADA) proclaiming fluoride’s ability to prevent tooth decay and cavities.

Your traditional dentist may very well suggest toothpaste with fluoride and a “fluoride treatment” for your child every six months.

So great are the purported benefits of this chemical that it was introduced into many of our municipal public water supplies, beginning in 1945 when Grand Rapids, Michigan, added 1.0 ppm (parts per million) to their community water. Today, 74.4 percent of the U.S population on public water systems have fluoridated water.

More than 74.4 percent of the U.S population on public water systems have fluoride in their water.

The Healthy People 2020 Objective is a government-sponsored committee designed to identify health-improvement priorities. One of their objectives is to increase fluoridated public water supplies to 79.6 percent by 2020.1

And according to the CDC, community water fluoridation is one of the “10 great public health achievements of the 20th century.”

The Cochrane Collaboration, a group of doctors and researchers dedicated to assessing the effectiveness of public health policies, reviewed every study they could find on fluoridation and its effects on cavities.

Surprisingly, they only found three studies since 1975 that were comprehensive enough to be included in their review, and the conclusion was that “fluoridation does not reduce cavities to a statistically significant degree in permanent teeth.”3

Is it possible that fluoride is in our water due to politics and financial interests–rather than the health interests of the American public?

Calcium fluoride is a natural mineral found throughout the earth’s crust, and it is in our soil, air, water, and some plant and animal food sources.

Nature often combines poisons and antidotes, and such is the case with this mineral. Fluoride is actually a poison and calcium is the antidote. Combining the two leads to a relatively harmless substance.

Fluorosilicic acid is derived from the unpurified industrial by-product of the phosphate fertilizer industry.

Basically, the industry installs “wet scrubbers,” which trap gases that were deemed environmentally toxic. The liquid, known as hydrofluorosilicic acid, is then shipped to water departments around the country.

It is then added to the water supply in an amount that exceeds amounts of the natural compound found in water by 5 to 50 times.

Some say it’s an ideal solution. What better way to get rid of a toxic by-product produced from fertilizer manufacturers than to put it in our drinking water supply?

Fortunately, there are some people in the industry that see the folly in this form of thinking.

Dr. William Hirzy, former senior vice president of the Environmental Protection Agency (EPA) Headquarters Union of Scientists and Professionals and current Chemist in Residence at American University, calls the act of putting fluoride into our drinking water a “hazardous waste management tool” that has nothing to do with dental health.

It is, in essence, an act designed to protect the reputation of the people and groups that have been defending the use of fluoride for years. In an interview that you can see here, Dr. Hirzy stated the following:

In 2013, the EPA received a petition from Dr. Hirzy asking for the use of hydrofluorosilicic acid as a water fluoridation agent to be banned under the Toxic Substance Control Act. On August 6, 2013, the EPA denied the request because of insufficient evidence as to the health risks.

This is what we do know: Fluoride is a poison. In fact, it is listed in the Merck Manual, the standard manual on disease and toxins referenced by physicians, as a “lethal poison.” And there is enough of it in one tube of fluoridated toothpaste to kill a 20-pound child.4

What Are The Effects Of Fluoride On The Human Body?

First, let’s take a look at what fluoride can do to vehicles and water pipes. In 2014, the Board of Aldermen in Buffalo, Missouri banned fluoride use in their public water supply.

Because it was corroding the city’s water pipes and damaging the transportation vehicles. If drinking water with fluoride can do that to a metal pipe, just imagine what it can do the cells, vascular system, tissues, and organs of your body such as the gastrointestinal tract.5

In 2014, The Lancet classified fluoride as a dangerous neurotoxin.

This same year, The Lancet, the world’s oldest and most prestigious medical journal, published a report classifying fluoride as a dangerous neurotoxin that falls in the same category as arsenic, lead and mercury.6

These heavy metals act as neurotoxins, exceptionally devastating to the growing child’s brain and nervous system, and can lead to autism, attention-deficit hyperactivity disorder (ADHD), and dyslexia.

Fluoride has been shown to damage the human body in other ways as well:

A Harvard University meta-analysis that reviewed 27 studies published over 22 years found a reverse association between high fluoride exposure and a child’s intelligence level.

Fluorosis is mottling, discoloration, and sometimes pitting of the tooth enamel caused by excessive fluoride. It is estimated that anywhere from 23 to 30 percent of children and 40 percent of adolescents age 12 to 15 who live in areas where fluoride is added to the public water have fluorosis.7 The ADA considers it a cosmetic flaw, but if fluoride is affecting the teeth in this way, what is it doing to the parts of the body you can’t see, such as your bones?

The National Research Council found that communities with 4 mg per liter of fluoride (the highest amount allowed) had an increased rate of bone fractures, including hips. At the recommended amount of 1 ppm, it has been shown to increase the occurrence of osteoporosis.8

Bones are, predominantly, made up of the structural protein called collagen. According to an article published in Interdisciplinary Toxicology, “Fluoride disrupts the collagen synthesis resulting in production of imperfect collagen…”9

Fluoride disrupts the endocrine system, particularly the thyroid gland, by displacing iodine, a mineral essential for proper thyroid functioning. This in turn leads to hypothyroidism and symptoms that include fatigue, obesity, and depression. In 2015, Newsweek published a study conducted in England revealing that towns with a fluoridated water supply had a 30 percent increase in hypothyroidism.10

Fluoride damages the immune system by reducing the white blood cells’ ability to destroy bacteria and other foreign invaders.4

Laboratory analysis of fluoride suggests that it is a mutagen, meaning it can cause genetic damage. This type of damage can, ultimately, lead to cancer. According to Fluoride Alert, seven studies conducted since the 1990s show evidence of genetic damage due to fluoride exposure. Osteosarcoma, a rare cancer of the bones that predominantly strikes teenagers, was found to significantly affect more boys who were exposed to fluoride during their mid-childhood growth spurts that occur in the 6th, 7th, and 8th year of life.9

Not-so-fun facts: Did you know that fluoride is one of the key ingredients in an atomic bomb? It’s also found in steel, aluminum, pesticides, Teflon coated pans, waterproof clothing, bricks, fertilizer, drugs, and microwaveable popcorn bags.4

What Are Other Fluoride Sources?

As you know, fluoride is not just in our water supply. It’s also added to toothpastes, mouth rinses, bottled water and teas, as well as fluorinated pharmaceuticals. It’s found in many or our non-organic foods due to pesticide residue. Grapes, dried fruit and beans, and iceberg lettuce are some of the highest sources.

You can avoid fluoride by eating organic food, and choosing natural toothpastes and dental products.

Is Fluoride Added to Drinking Water Around the World?

No. In fact, it is banned in most countries. Only 11 countries in the world fluoridate more than 50 percent of their public water supply, while 97 percent of Western Europe has rejected water fluoridation. When Germany and Finland stopped adding fluoride to their drinking water, rates for dental decay either remained the same or declined.9

How Do I Minimize My Intake Of Fluoride?

Standard filters, unfortunately, do not remove fluoride from water. If you live in a municipality that adds fluoride, consider a reverse osmosis system or buying bottled water without added fluoride. Do not buy juice made from concentrate as almost all production companies use fluoridated water. This goes for sodas as well.

Tooth decay does not occur because you are not ingesting enough fluoride. It happens when sugar is metabolized by bacteria, producing a sugar that attacks your enamel, and allows the bacteria to get into the dentin and create damage and decay. Therefore, the best thing you can do for your family’s teeth is to minimize your processed sugar intake and eat a healthy, organic diet, and clean, mineral-rich water.

Learn more from your biological dentist. Don’t have one? Use the Holistic Dentist Finder.

This article was reviewed and approved by Dr. Michelle Jorgensen, DDS, FAGD, TNC, and dental advisor for GreenSmoothieGirl.com. The information included here is not a replacement for professional diagnosis or treatment; please consult a holistic dental professional.

6 thoughts on “Is Fluoride Good for Your Teeth? Know the Science & the Risks”