Chemotherapy and Cancer Survival: An Excerpt from Chris Beat Cancer 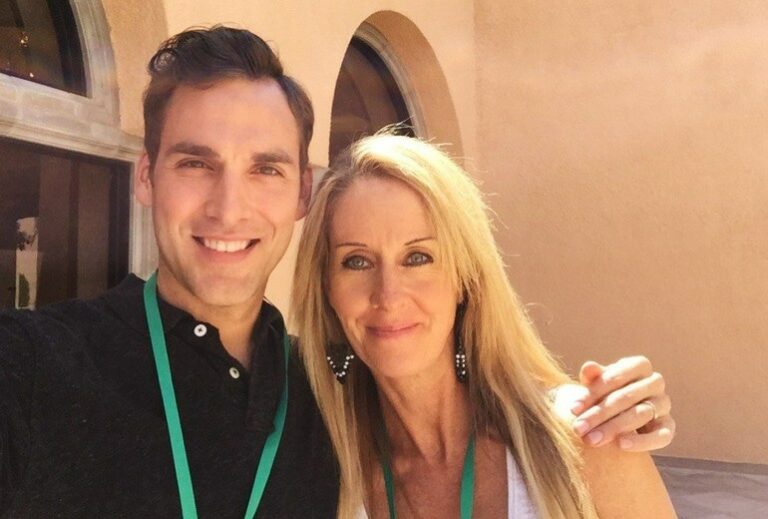 My colleague and dear friend, Chris Wark, is a 14-year colon cancer survivor who said no to chemo and radiation. His story of cancer survival is inspiring and paradigm-shifting.

I’ve adopted Chris as my “little brother” (even though I already have six biological brothers) because our deep research in the area of cancer treatment alternatives is so compatible and similar. (My grandmother also beat a deadly, metastatic cancer, in virtually the same manner Chris did, in the 1980s.)

Recently, my little bro published his first book, Chris Beat Cancer, detailing why he did not trust the medical “standard of care” approach to his illness and instead chose to take “massive action” in his physical, dietary, mental and spiritual health to put his disease state into long-term remission.

As I read the book, I was struck by his excellent research about the problems and political issues that have caused insurance and the medical profession to remain limited to only surgery, drugs, and radiation as treatments for hundreds of different types of cancer.

With his permission, I’m sharing an excellent excerpt from the book that I think everyone should read, in light of the fact that fully half of men and 40 percent of women will face cancer in their lifetimes if we don’t make some lifestyle changes. I ordered an entire case of the book to give anyone in my life who is faced with the C diagnosis. You can get a copy for yourself, or someone you love, here.

In 2004, my first year of cancer, a groundbreaking study was published in the Journal of Clinical Oncology examining the five-year survival rates of cancer patients in the U.S. and Australia. The study included over 154,000 Americans and 72,000 Australian adults with 22 types of cancer who were treated with chemotherapy. The study’s conclusion: 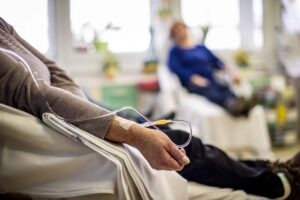 The research on chemotherapy and cancer survival tells a complicated story.

In fairness, averaging the five-year survival rates of 22 different cancers and claiming the “chemo only works 2 percent of the time” is misleading. This is not unlike when my first oncologist told me I had a 60 percent chance of living five years, which was the average survival of all cancer patients lumped together.

A major factor impacting the conclusion of the 2 percent study was that the five-year survival benefit for many cancers after chemo treatment was zero. No survivors. The cancers for which chemo reportedly made no difference toward five-year survival were melanoma, multiple myeloma, and soft-tissue sarcoma, as well as pancreatic, uterine, prostate, bladder, and kidney cancers.

SIDE EFFECTS MAY INCLUDE …

Side effects of prescription drugs can sometimes be worse than the disease the drug is designed to treat and can increase your risk of cancer, and many other debilitating and life-threatening diseases, and death. All prescription drugs abnormally alter metabolic functions in your body and many cause additional health problems with extended use. For example, according to the disclaimer in a commercial for the arthritis drug Xeljanz, “Serious, sometimes fatal infections and cancers have happened in patients taking Xeljanz.” The drug companies are telling us that their drugs can cause life-threatening infections and cancer, and we’re taking them anyway. 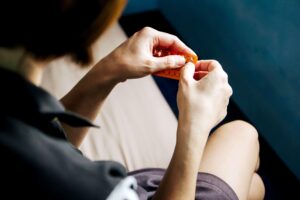 Some pharmaceutical companies neglect to inform consumers of the potentially life-threatening side effects of their drugs and get in big trouble for it. In April 2014 a U.S. jury ordered Takeda Pharmaceutical Company Ltd and Eli Lilly and Company to pay a total of $9 billion in punitive damages for concealing the fact that their diabetes drug Actos increased cancer risk.

CANCER DRUGS CAN CAUSE CANCER

Many chemotherapy drugs are carcinogenic, which means they can cause new cancers in the body. Other chemo drugs, while not directly cancer causing, can severely damage your immune system, which can give existing cancers the opportunity to spread rapidly. Some of the chemotherapy drugs identified as carcinogenic by the U.S. National Toxicology Program are Adriamycin, chlorambucil, cisplatin, Cytoxan, dacarbazine, Leukeran, Mustargen, Myleran, nitrosourea agents (CCNU, BiCNU, Streptozotocin, STZ, Zanosar), melphalan, tamoxifen, and thiotepa.

Chemotherapy can also backfire and boost cancer growth. When healthy cells are damaged by chemotherapy, they can secrete a protein called WNT16B. This protein can feed existing tumors, helping them grow and making them resistant to further treatment, which is why approximately 90 percent of patients with solid metastatic cancers, including breast, prostate, lung, and colon cancer, develop resistance to chemotherapy.

Research published in 2017 found that when cancer cells are injured or killed by chemotherapy, targeted therapies, and radiotherapy, they trigger an inflammatory “cytokine storm” in the tumor microenvironment that sets the stage to promote new tumor growth. Researchers in Israel had a similar finding. When they dripped the blood of patients treated with chemotherapy on cancer cells in the lab, it made those cancer cells more aggressive.

Despite these recent revelations, this is really not new information. Doctors and researchers have known that chemotherapy causes more aggressive cancers to spread throughout the body since chemotherapy was first introduced. One example is the cancer drug tamoxifen, which has been reported to reduce a woman’s risk of a secondary estrogen receptor-positive breast cancer by 60 percent. But if the cancer returns, it is four times more likely to be a more aggressive, estrogen receptor-negative breast cancer. Tamoxifen also increases a woman’s risk for uterine cancer and potentially fatal blood clots. 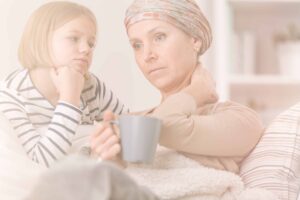 The side effects of chemotherapy and various cancer medications can be severe.

Chemotherapy drugs can cause damage throughout your body all the way down to your DNA. Many chemotherapy drugs carry an FDA “black box” warning because they can cause life-threatening side effects and death. Nurses who administer chemo drugs are required to wear protective gear to make sure they don’t get these dangerous chemicals on their skin while they inject them into the patient’s veins. If any chemo drugs spill on the floor, medical staff have to use a special kit to clean up the spill, which is at that point considered hazardous waste.

Most folks know that chemotherapy drugs can cause hair loss, but unfortunately for some cancer patients who took Taxotere (docetaxel), the drug caused permanent baldness. According to one lawsuit, drug maker Sanofi-Aventis allegedly knew that permanent hair loss was a potential side effect in 2005 but failed to disclose this to patients and doctors in the United States until 2016.

One significant area of damage that chemo patients often suffer from is brain damage, which is known as “chemo brain” and marked by an inability to think clearly, organize thoughts, and concentrate. Chemo brain has been reported to affect as many as 70 percent of cancer patients, and severe symptoms include memory loss, mental and emotional instability, and even dementia. For years the industry claimed there was no such thing as chemo brain, until recent studies validated patients’ claims.

Platinum-based chemo drugs like cisplatin and carboplatin are nephrotoxic, causing kidney damage, or ototoxic, causing temporary or permanent hearing loss. Drugs such as doxorubicin are cardiotoxic and can cause heart damage. Drugs like bleomycin and busulfan can cause pulmonary fibrosis, which is lung damage. Other chemo drugs such as methotrexate and 5-fluorouracil (5-FU) cause myelosuppression, which is bone marrow damage that decimates your immune system and in severe cases may require a bone marrow transplant.

Drugs in the vinca alkaloid family like vincristine and vinblastine can cause peripheral neuropathy, or nerve damage in your hands and feet, causing the loss of feeling and function. This can cripple you for life, and as a result some cancer patients are unable to feed, clothe, or bathe themselves. 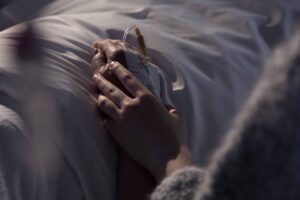 Cancer survival is about so much more than whether you live or die. Quality of life long term is also something to consider.

Chemo drugs such as cyclophosphamide can cause hemorrhagic cystitis, resulting in bladder damage and permanent loss of bladder control. Chemo drugs can also induce early menopause in women and result in a significant loss in bone density in premenopausal women, increasing the risk of fractures. In severe cases, chemo drugs can cause potentially fatal blood clots or destroy your blood, requiring a blood transfusion. Chemo can also make both men and women sterile.

In early 2013, the FDA and Health Canada both issued warnings that in rare cases [the chemo drug] Avastin was linked to a life-threatening flesh-eating bacterial infection called necrotizing fasciitis.

This research into the cancer survival rate of chemotherapy users, weighed against the side effects, led Chris to try more non-toxic approaches. You can get his book Chris Beat Cancer: A Comprehensive Plan to Healing Naturally to learn more.

Read next: Open Letter To A Cancer Patient: My Alternative Cancer Treatment Plan 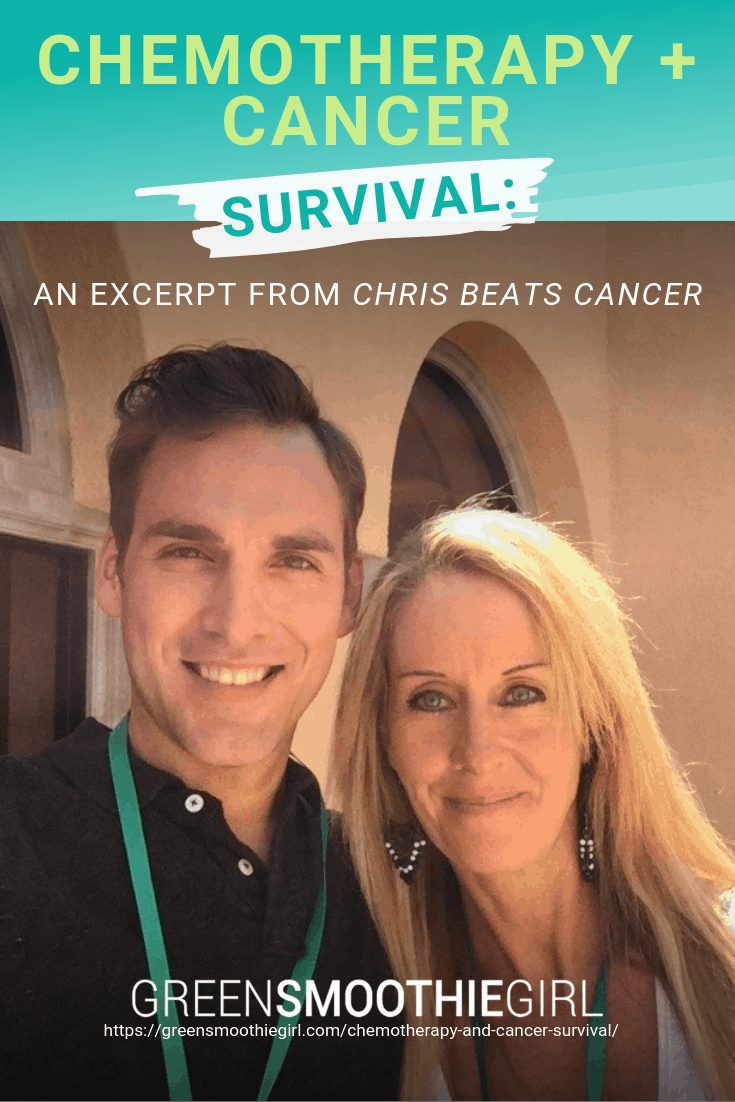 6 thoughts on “Chemotherapy and Cancer Survival: An Excerpt from Chris Beat Cancer”