Gerson Therapy: My Observations From a 20 Clinic Tour

I’ve traveled to 20 clinics, all over the world, studying alternatives to cancer treatment. I mean, beyond chemo and radiation, what can someone facing this most-dreaded diagnosis do?

Possibly the most fascinating figure in “alternative health” for cancer treatment is Dr. Max Gerson.

Who was Dr. Max Gerson?

Dr. Max Gerson escaped Nazi Germany (though most of his family died in concentration camps) and came to the U.S. In Germany, he had cured his own lifelong debilitating migraine headaches with a dietary approach (raw vegetarian, lots of vegetable juicing), and then he began to put that same regimen to work to eliminate lupus and tuberculosis in others. 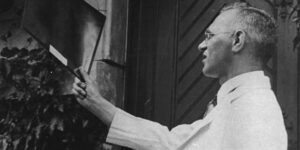 Dr. Max Gerson was a pioneer in the field of cancer treatment.

In his first clinical trial, Dr. Gerson was able to completely cure 446 of 450 end-stage tuberculosis patients. He became wildly famous in Europe, and ostensibly, many TB sanatoria were put out of business.

The first three cancer patients to approach Dr. Gerson were cured, even though the first of the three had been diagnosed with “incurable” bile-duct cancer. Although he was well published in Europe, the U.S. was hostile to Gerson’s efforts. In 1958, he wrote a book on his results with 50 cases of patients cured, who were labeled “incurable” by the medical profession.

In 2018, cancer is a different beast. We have massively more toxicity in a world that fell in love with Dow Chemical’s slogan from 50 years ago, “A better life through chemicals.” We also eat more processed food, and more animal products, both highly linked to cancer risk. Many functional medicine practitioners say that cancer is so much harder to reverse, with the toxic load any given patient presents with, that they no longer use the word “cure.”

The medical profession now speaks in five-year and ten-year survival rates, and they’ll talk about “managing cancer.” Not “curing” it, though a true “remission” is generally considered to be no detectable cancer, 10 years post-diagnosis.

What is Gerson Therapy?

While cancer is harder to reverse than it was while Max Gerson was alive, the Gerson Therapy deserves some attention. The current protocols of Gerson Therapy are nearly identical to Dr. Gerson’s original methods, with some updates: 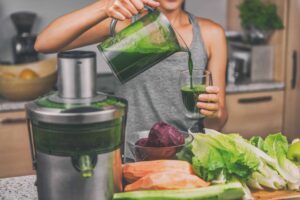 Eating fruits and vegetables, whether raw or in juiced form, is a central part of Gerson Therapy.

After Dr. Gerson died, researchers Dixon and Webb discovered that potassium is a catalyst for enzyme production, with almost all enzymes. Unfortunately, our soils are potassium depleted, and thus our foods are. Dr. Gerson said that loss of potassium from the cell system is at the root of all chronic disease.

And sodium, or salt, is an enzyme inhibitor (a poison or toxin). Yes, the body needs sodium, but vegetables provide plenty. When you artificially add table salt (or NaCl) to your food, your body has to go through a series of processes to try to contain and eliminate it. It cannot do so when it is potassium depleted.

So part of the modern Gerson Therapy is to supplement with potassium salts, and eliminate all sodium chloride, to bring the cellular system into balance so the body can heal itself.

Several coffee enemas are administered daily, because the caffeine administered anally travels the hemorrhoidal vein and opens up liver and bile ducts, allowing the patient to detox quickly and thoroughly into the colon, and out of the body.

Gerson Therapy for Migraines, Fibromyalgia, and Other Conditions

In addition to treating cancer, Gerson had high success rates with migraines and TB, fibromyalgia, arthritis, and diabetes. He believed that cancer and many other diseases were the result of consumption of pharmaceutical chemicals, tobacco, and alcohol, along with processed, chemically fertilized foods, and many chemicals and pollutants in air and water. (And this onslaught starts even before birth. Studies in 2004 and 2009 showed newborn babies to have over 230 foreign chemicals in the umbilical cord.)

As you can imagine, many practicing the newly popular allopathic (drug-based) medicine were angered by Dr. Gerson’s controversial teachings and popularity.

You can google to find the many famous people treated and cured by Dr. Max Gerson, including Nobel Laureate Dr. Albert Schweitzer and his wife and daughter (cured of diabetes and TB).

In 1959, at the age of 78, Dr. Max Gerson was poisoned with arsenic and died. His daughter, Charlotte Gerson, passionately carried on his mission for many years. She is living today in Europe, in her 90’s, and the Gerson Clinic, as well as the Northern Baja Healing Center run by Dr. Patrick Vickers, carry on the Gerson protocol, although some parts have changed or been omitted, such as raw calf’s liver, due to supply issues.

The reason I’m fascinated by Charlotte Gerson, and her father, is that while most in alternative health tread very carefully with regard to ‘claims’ and ‘success rates’ (the FDA breathes heavily down the necks of anyone who dares treat cancer with anything but chemo/radiation), Charlotte says exactly what she thinks, and exactly what’s wrong with the modern cancer industry.

Some of the best clinics, of the 20 I visited worldwide, employ parts of the Gerson protocol. My favorite of the clinics I visited is the Swiss Mountain Clinic, founded by biological medicine pioneer Thomas Rau, M.D., in the Southern Swiss Alps. 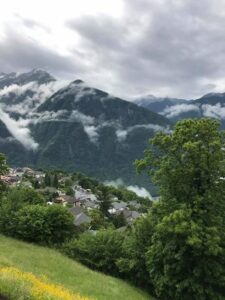 The Gerson Institute, and other clinics, have been driven into Mexico so that they can practice medicine as they choose. It’s frustrating to me that our FDA is happy to approve increasing numbers of toxic chemicals to inject into the veins of cancer patients, but they have routinely persecuted, prosecuted, and even imprisoned anyone who wants to administer non-lethal, gentler forms of treatment.

(You can read about the persecution of Dr. John R. Christopher, for example, but there are many others.)

You can read about or view on film patients who used the treatment to beat Stage IV melanomas, colorectal cancers, even pancreatic cancer, with the Gerson Therapy.

One woman was five years past a rare ovarian cancer diagnosis with a 100% mortality rate—the only known survivor of the disease, and she beat it with the Gerson therapy. My own grandmother followed the Gerson protocol, after a death sentence by an oncologist who said she had a year left, at best–and she went on to live another 20 healthy years.

You can read in the comments from a blog post I wrote in 2011, that 10,000 people read the day it published, comments by people who have reversed late-stage cancers with the Gerson therapy and other non-toxic, immune-supporting means.

Gerson And Other Cancer Therapy Resources

If you’re like me and you want to help those in your life diagnosed with cancer, here are the most important resources I can recommend to you:

1. 20 Questions for Your Oncologist (FREE).  My “little brother” Chris Wark wrote this guide that anyone with cancer should download and read. Not just to take to a first visit with an oncologist, but also, to educate himself or herself before that meeting.

2. Chris Beat Cancer, a new book and the best of the many cancer books I’ve read.

4. This clinic in Switzerland, with a great track record of success for not only holistic cancer treatment, but also neuro-degenerative disease, Lyme Disease, and more. (They require a 3-week minimum stay for cancer patients.)

NEXT:  Open Letter to A Cancer Patient: My Alternative Cancer Treatment Plan 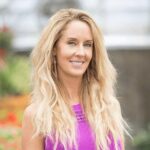 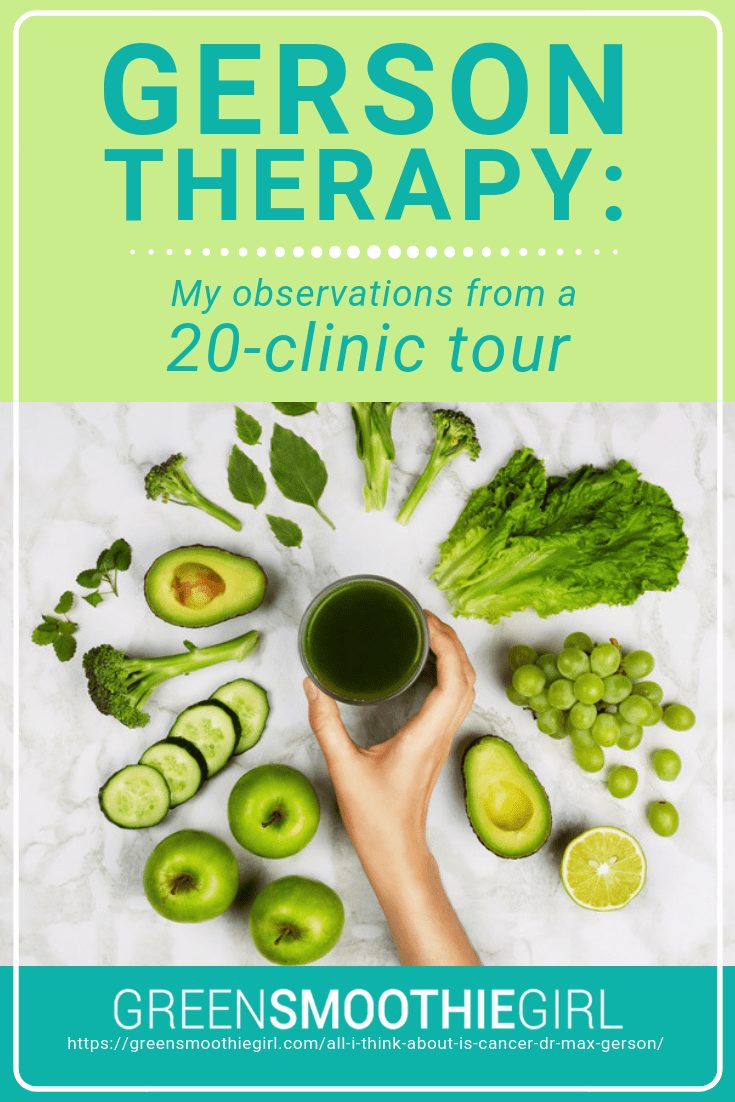 Editor’s note: This article originally published in 2011. It has been updated for relevancy. Some of the included links are affiliate links, which allow you to support our mission without costing you extra.

14 thoughts on “Gerson Therapy: My Observations From a 20 Clinic Tour”