So Jillene of Total Care Dental and I are gonna do Green Smoothie Smackdown on Weds. night after my class in Orem. On camera. If you’re coming to that class, stay and cheer us on!

She’ll make me a quart of GS, and I’ll make her a quart, and we’ll race to drink it. There will be some awful athletic punishment for the loser.

(Jillene just did a 206-mile bike race last week, so I’m not sure I could find a punishment she wouldn’t enjoy. So I think I’m going to have her write a long essay about green smoothies. Maybe a song too. She’ll probably make me ride a unicycle up Mt. Everest.)

Somehow Jillene heard about my wheat-grass-juice aversion/phobia. It dates back to when I was pregnant 14 years ago and was juicing it all through the winter, with two friends. It made me gag. Sometimes I’d run over to my friend’s garbage (we did the juicing in her garage, took turns) and throw up.

It’s such powerful stuff it is sold by the ounce, and most people drink 2 ounces, chased by water. It’s incredibly detoxifying. Crazy anti-cancer, oxygenating, power food like virtually no other.

I’m going to have to put a limit on Jillene’s plans. (YOU CAN’T DRINK A QUART OF WHEAT GRASS JUICE!)

But, this has inspired me to CONQUER MY AVERSION. Do. Not. Tell. Jillene. This:

Every day I get FOUR OUNCES of wheat grass juice from Good Earth and slam it.

When Tennyson is with me, I get grass juice for him, too. He actually likes the taste of it and begs for it! I, on the other hand, did fine the first week, got a little cocky even. But the second week I started to dread it and make jokes with the employees who made it for me. The third week, the dread would start hours before I was going to call in my order and stop by. (Tip: if you call as you leave home, it’s ready when you get there.)

This past Saturday, all morning, I had the angel on one shoulder and the devil on the other, arguing:

“No, you don’t–the Smackdown is coming right up, don’t be a baby!”

“No, you don’t have to do it. You’re gagging just thinking about it. It’s SATURDAY! A quart of green smoothie is ENOUGH today.”

“What is the matter with you? You cannot win if you take days off. You don’t even DESERVE the name Green Smoothie Girl.”

Even WRITING about wheat grass juice, I keep getting chills down my spine. The bad kind. I truly have some kind of mental/emotional problem with it. Only one other food invokes my gag reflex. (My roommates in the dorms knew, if we walked into the cafeteria and I immediately turned and ran out–when I caught a whiff. They’d turn to each other and say, knowingly, “Creamed corn.”)

In these photos taken yesterday, ask Matthew–I made all kinds of drama about drinking my two shots, while he kept saying, “Yummy!” and complaining that I bought him only 2 oz. (Also a basket of homemade fudge from Ch. 4 of 12 Steps, green smoothies, kombucha, sprouted flax crackers, and other stuff.)

So I’m still standing after 3 weeks of “training.” I’m ready to take on whatever Jillene wants to dish out Weds. night. Bring it on.

However, I’ve had some interesting detox reactions. I’m generally an emotionally even-keeled person. I don’t cry a lot or get really sad. But the second week of drinking large amounts of grass juice, I found myself revisiting old issues and even cried a little bit—about things both happy and sad. (Did you know that your emotions are closely linked to your biology, and you may find yourself extremely sad, irritable,  or angry, when you detox?)

My skin also has been awful for several days!

Only the most hardcore health-food junkies can probably answer this:

What have been your experiences with wheat grass juice? 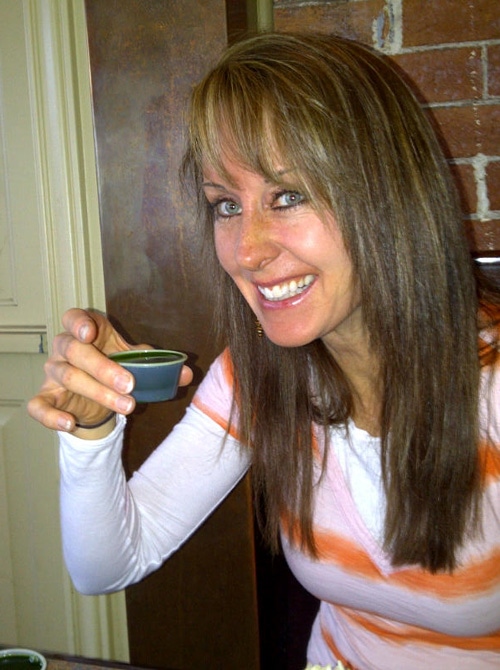 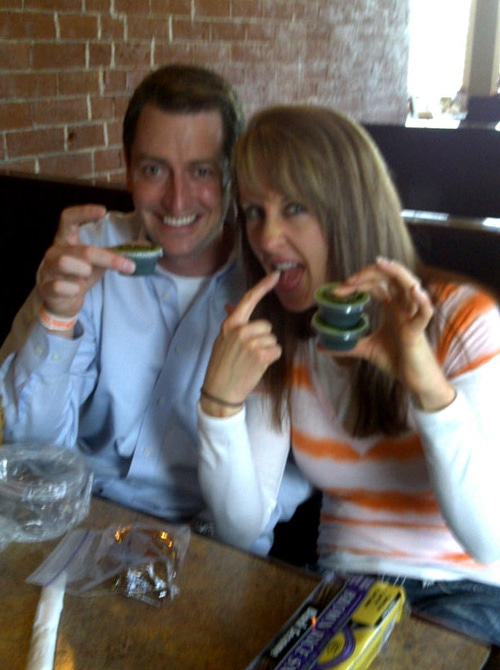