I met Fabio (he hugs HARD)

Expo West is the biggest natural-foods trade show in the world, and I’ve just come from there, in Anaheim. It’s a food-sampling heaven. (Or hell. 95 percent of what masquerades as health food….isn’t.)

I met the male model so famous he needs only one name, while trawling Expo West for the coolest new nutrition products on the planet. I must have been rather twitterpated, because I said only 2 things to him, and then he talked to me for 20 mins. about the virtues of whey protein. And I just listened, never interrupting, just staring at his pretty hair.

I also met SproutMan Steve Meyerowitz, see photo here, and he and I bonded over our love of green food, and we kinda dreamed up a SproutMan / GreenSmoothieGirl authors’ speaking tour like the one I’m doing with David Wolfe Mar. 24-25 in Seattle. I had to get a photo of a guy who has grass growing out of his hat, and greens growing out of his tie. Dude knows his sprouts!

And we did dinner again at the raw vegan restaurant Au Lac, which I love. The owner, Chef Ito, took a vow of silence 6 years ago. (I think I’d die if I couldn’t talk?) Here I am with SunWarrior founders Denley/Jan, author/naturopath Dr. Craig Sommers (I cooked up a speaking gig with him, too); Chef BeLive and his fiancÃ©e (he’s raising his hands in the air); Rod, the co-founder of the Go Raw Cafes in Vegas I spoke at last October; and other earthy-crunchy friends.

Great fun. Stand by for our decision on best raw-foods bars. We sampled more than a few. 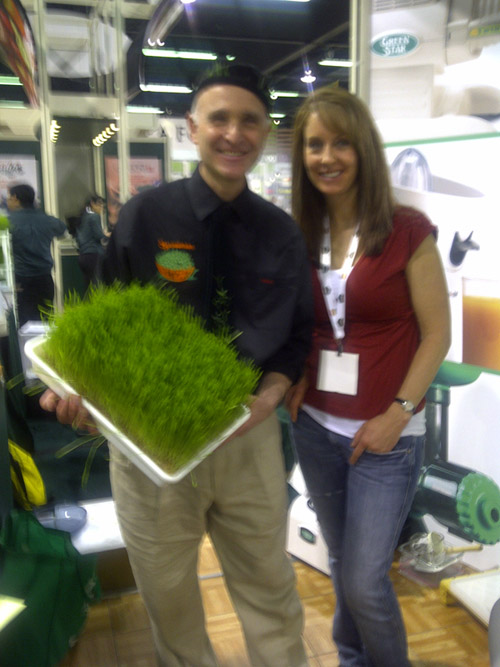 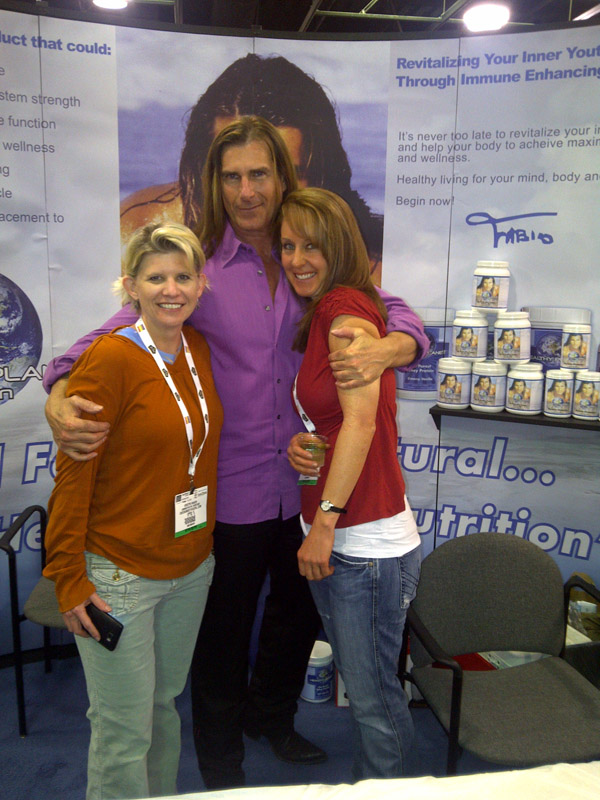 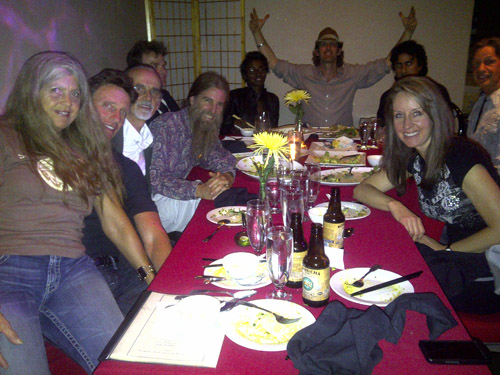