So I checked my son Ten out early from school yesterday because he had a double header far from home. On the front step on the school is my favorite edible weed, purslane, see photo below.

It’s higher in iron than any other green I have ever found–cultivated or wild. If you’re anemic, find some and toss it in the blender. It’s also really mild-flavored. Most non-cultivated greens taste pretty strong.

I don’t see that much purslane in Utah. I saw a ton of it in Nebraska a few years ago, and it grows many places–very close to the ground, with small, fleshy leaves and stems, all of which is “food.”

No, I didn’t pick this from the school steps, for my green smoothies. I didn’t want to drink whatever is on the bottom of kids’ shoes! Don’t pick weeds on the side of busy roadways, near where weeds are sprayed, or where people walk.

I am going to try to locate enough wild edibles to do a video soon to help you identify them. I rode up the canyon today on my bike with my camera to take more photos. I mostly enjoyed the ride and forgot to look for greens.

But I did see a thistle and got off my bike to photograph it. I put a leaf in my mouth to chew it up and make sure it is what I thought it was. (That’s me taking one for the team: if I don’t get sick, it’s edible!)

All the squirrels went running as I gagged and choked. OMG. Worst thing that’s ever been in my mouth. It would take 20 pounds of fruit to neutralize that bitter-awful blech. Which I could still taste 20 minutes later, even though I then drank half my Camelbak of water.

I put thistles in my green smoothies a few times, years ago, but my younger daughter got an itchy throat from it, so I quit. So, um, maybe don’t eat those.

This time of year, a lot of the weeds are too tall and woody and bitter. They’re best in the spring. If you pick them in the heat of the late summer, find small, tender ones.

There’s another photo here of me YEARS ago eating one variety of lambsquarter from an empty lot in Provo. Lambsquarter is also abundant in Utah and great to toss in your blender. It’s good to know this stuff and start using wild greens, for emergency preparedness. 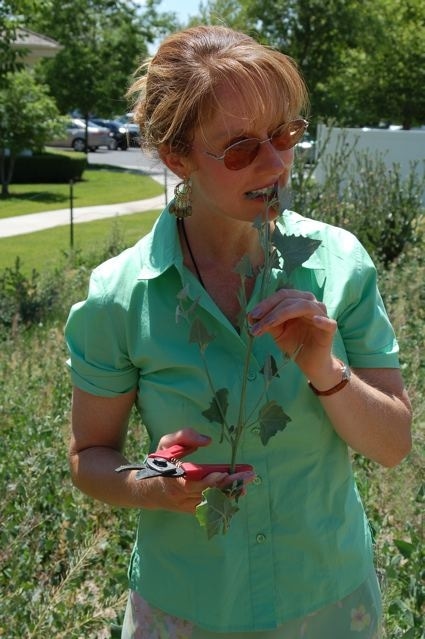 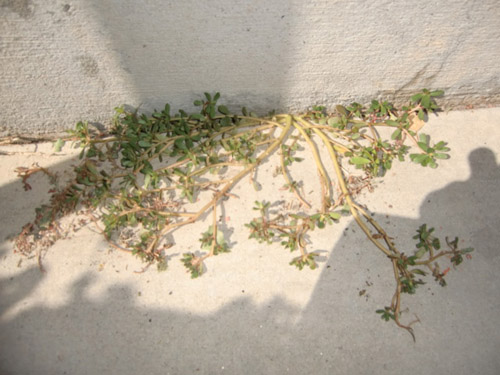 15 thoughts on “Edible weeds everywhere. Some are nasty. Find purslane!”