Ep. 212: Nurse Erin in NYC Exposes the “Assembly Line to a Body Bag” 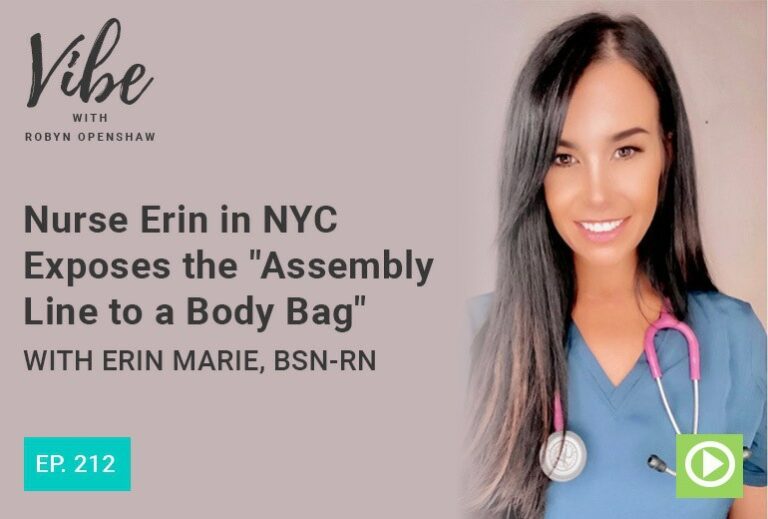 A single mom of three young children, Nurse Erin found herself furloughed in FLA when hospitals were empty, so she took a gig for $10k/WEEK (yes, you read that right) in the epicenter of the epicenter, Elmhurst Hospital in NYC. Immediately she began uncovering, later wearing a mic and a camera, that 90% of her fellow doctors and nurses saw the fraud, too, but were making too much money (triple or more their normal wages) to call out the insurance fraud, bad medicine, and violations of medical ethics that killed thousands and had nothing to do with a virus.