Ep. 149: What I learned on My Swiss Retreat This Year with Robyn Openshaw 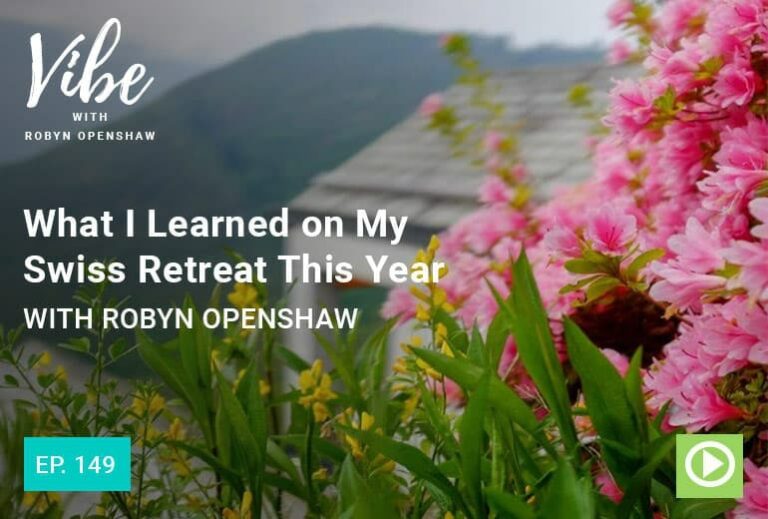 I met so many extraordinary people at my Swiss Mountain Clinic liver detox retreat this year, I thought I’d share some highlights and biographies. And, tell you what’s happening for 2020’s retreats.

HIGHLIGHTS FROM THIS EPISODE:

This transcript has been edited for clarity. Robyn: Hey everyone. It’s Robyn Openshaw. I’m the Green Smoothie Girl and your host of the Vibe show. Not long ago, I got home from my annual liver detox retreat. I lead a retreat in the southern Swiss Alps at this amazing clinic of biological medicine, which has been renamed to be the Swiss Mountain Clinic. It was founded by Dr. Thomas Rau, who is probably the most famous living doctor of biological medicine. He was the founder. It’s now another medical doctor who trained under him for eight years who owns the clinic. I’m soon going to do an episode on my 20 clinics all over the world that I flew around researching at for three and a half years. I intended to write a book about it. I was going to write a book about what people are doing to treat cancer worldwide that’s outside the Standard-of-Care Protocols of surgery, chemo, and radiation. I ended up not writing that book. That’s a whole other side story. But I found this clinic and it was the best of the 20 clinics that I went to. It’s where I would send my own family members — I have sent my own family members in the last eight years since I met them — and in the last eight years, we’ve not only started doing liver detox retreats there because they have a very dialed-in program where you flush your gallbladder and liver. With over 500 ways that your liver serves you, you definitely get 500 or more benefits. Some people actually, some doctors, think that the liver performs closer to 2000 different functions for us. We all get together for a week and those who can stay for a second week get deeper treatment. We just have an amazing time together getting a great liver flush going on. We eat a perfect diet for that. We do 20 different diagnostics and treatments towards the liver flush, but also to give people great clues about their health so they can leave with some direction. They also leave with a plan to follow. Those involve some really interesting supplement protocols, some of which you can’t even get in the United States, from our German doctors of biological medicine over there. Every year — I work very closely with the clinic all year round — we have program upgrades every year and this year, instead of getting one coffee enema a week delivered by a nurse who comes to your room and brings you all the materials and makes it really easy for you, I had them give everybody a coffee enema kit and be able to administer it. They had everything they need to be able to administer it to themselves in the comfort of their own rooms, every day of the week. I was really excited about that because coffee enemas (if you’ve never done one before, if you’ve never heard such a crazy thing, I did not make this up, clinics all over the world use this) they’re phenomenal for people with pain. It’s phenomenal for people detoxing. It’s incredible for cancer patients; it helps get rid of the tumor tissue as it breaks down in holistic cancer treatments that are doing a number of things. Strengthening the immune system and tearing down those aberrant growths that we’ve got to get rid of with cancer. The coffee enemas I was really excited about. They had two different infrared saunas there, nice big ones, and you could schedule it so nobody had to wait around for their time with the sauna. Everybody got their sauna time in. That was a nice program upgrade. They had also invested in two bemers, which is PEMF technology, where you lay on a mat and it’s massively increasing microcirculation. So good against inflammation, and so useful for oxygenating, alkalizing the whole body. I had gotten one about a year ago. I was really excited about it. We got everybody on the bemer mat twice a day and that was a really cool program upgrade. The program for next year — when you hear this, I don’t know if we’ll have our dates on it for next year — but I’m going next year, May 23rd and I’m only going to stay for two weeks because I think I might come back in the fall and do another two weeks. Haven’t decided yet. But if you want to come with me in 2020 the dates are going to be May 23rd for two weeks. The page that you can learn about it (we’ll see if by the time you hear this, we’ve got the new dates in it for next year) it’s at greensmoothiegirl.com/swissmountainclinic. This year I did three weeks — and we made a couple mistakes and we didn’t quite fill the third week — but usually the whole thing fills up in two weeks. That is what has happened to several years before that. So you don’t want to waste time. When I do announce it, when I go live with a webinar about it, it will likely be full in two weeks. Again, greensmoothiegirl.com/swissmountainclinic is how to get your spot. You put $1,000 down if you’re ready to book your spot. The bemer — if you were with us at the retreat, I led about 60 or 70 different people, some for just one week, some stayed for two weeks, a couple of them even stayed for three weeks, we’ve never seen anybody stay for three weeks for our retreats before — if you want the link to get the bemer on a discount, this PEMF mat I was mentioning, it’s greensmoothiegirl.com/bemer. Greensmoothiegirl.com/bemer.

Some Products From My Swiss Mountain Clinic Liver Detox This Year

I talked about some of the products that they have over there in Switzerland that I really, really like. There’s a set of products I’m going to be bringing over because I think they’re just phenomenal, that Dr. Petra has developed. It’s three different things that are alkaline-forming in the body. My boyfriend is totally in love with the powder. You add a little spoonful of this powder to water, stir it up, and drink it. It’s pretty much a tasteless flavor lists and his achy joints go away within half an hour, which is what I told him would happen. He’s using it every day, and he’s using mine up really fast, faster than I would, because he loves it. So there’s the alkaline mineral powder to put in water that really brings your inflammation down quickly. You can use it three or four times a day if you want. Then there’s an alkaline tea and there’s an alkaline bath soak, and I’m going to be importing those products by the beginning of 2020, if not sooner. So watch for that. Those are some of the products that they have over there that I think are really, really cool and I haven’t seen anything like it over here. There’s also a new coffee enema delivery system. We literally cannot find it in the United States and it’s just a squeeze bottle kind of thing. You can literally put the whole enema, whether it’s water to flush out the bottom part of your colon or the coffee that you then put in to just hold for 10 to 12 minutes, you can deliver that coffee enema in a matter of 30 seconds. It’s amazing. Just painless, easy, inexpensive. We’re going to be able to make this because it literally does not exist for purchase in the United States. When we went to the company in Europe and asked them if we could import it they said no, that their business license doesn’t cover it. And I’m like, “Oh well, I guess I’ll have to make it.” And this instant two teaspoons of organic, green, unroasted coffee in a blend with charcoal. I think that’s so much nicer than having to brew organic coffee and bring it to room temperature. So between those two products, I think it’s going to make our coffee enemas just so much easier and better in a variety of ways for our upcoming detox. Coming up, we’re supporting a big one with thousands of people, like we always do, 1st of January in 2020. I hope to have those coffee enema products in place by then. A little personal and business report of what it was like at the liver detox weeks this year. I hope that you can come next year. If you want to come with me, my summer trip is May 23rd for two weeks. You can come for one week or two, but I hope you come for two. But if you want to come sooner, if you want to come in 2019, guess what? My colleague Tom O’Bryan is leading weeks from October 20th to November 3rd this year. My colleague Magdalena’s coming right up — probably too late for you to book hers — and Dr. Jill Carnahan, I love her too. You would be well-served at any of theirs; you can check out those dates for this year. And maybe by the time you’re hearing this podcast episode, we’ll have my dates for next year in May. The link is greensmoothiegirl.com/swissmountainclinic. Thanks for tuning in to this report about how everything went in Switzerland this last summer. And I will see you next time.
[Related Article: 10 Amazing Treatments By Europe’s Biological Medicine Doctors (You Can’t Get From Your U.S. Medical Doctor)] 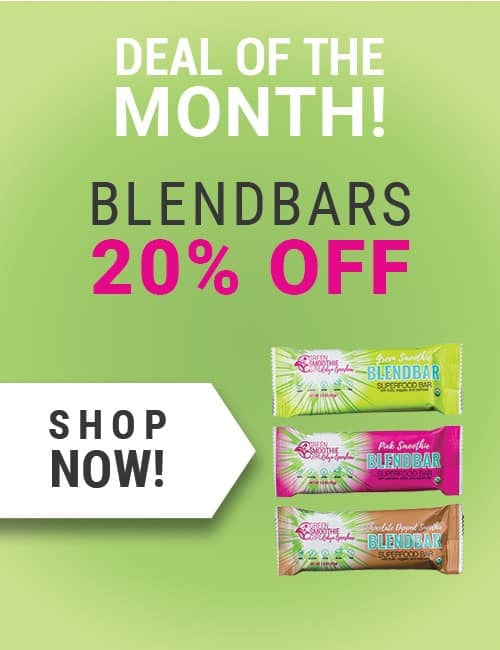 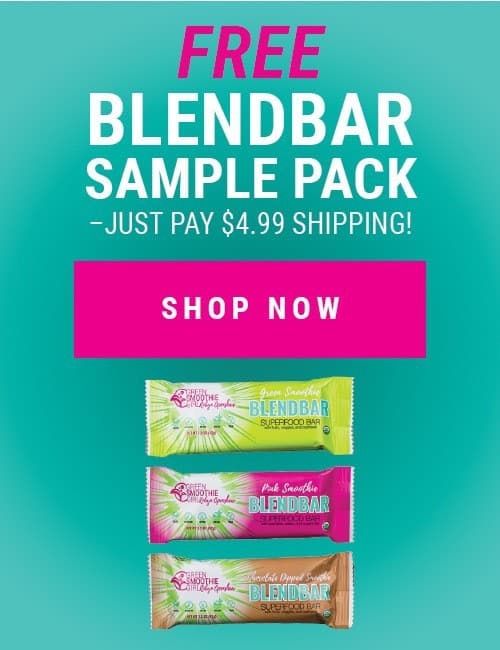