Check Out Robyn's Story Below

I am the oldest of eight children, raised in a one-income family, so money was scarce. My mother was raised by the owners of a large produce dealership, the Romney Produce Company. My grandparents were always trying to use up anything about to rot in the warehouses. So, produce is what we ate.

Dinner for me growing up was simple: a bowl of black-eyed peas with a little vinegar, and some cantaloupe. Or a bowl of chili beans (no meat) and a green salad. Or a baked potato, corn on the cob, and a cucumber.

I was raised on whole plant foods, because they are the most inexpensive way to eat!

As a teen, I baked my family’s weekly whole-wheat bread supply (eight loaves).

I married a guy who is the oldest of seven raised on meat at all three meals. That was our first fight after we got married: “I eat meat every day!” he said. “I don’t know how to make that,” I said. During most of our 20-year marriage, our compromise was that I didn’t fix it–he could eat meat and junk food at work or when we went to a restaurant. He was happier than he thought he would be, with what I fixed–and he liked the health benefits. After our split, he gained 50 lbs.

In my 20’s, I had a long period of deviating from how I'd been raised. I’d just graduated from college and had a desk job. Sitting all day, eating a lot of white bread, sugar, and meat, paying little attention to my diet, I gained 15 lbs. and was sick all winter.

Our four children came along in less than seven years. All four had asthma from the time they were babies, and two of them were in and out of doctors’ offices and even the hospital. I gained even more weight, once over 200 lbs.

I was often up all night with my oldest son, watching him turn blue and struggling for breath. I began to have panic attacks and insomnia and didn’t dare leave him alone sleeping.

I felt we couldn’t go on this way and went to my little boy’s doctor, having done the tiniest bit of advance research into asthma recommendations by non-allopathic practitioners.

My son's pediatrician had always quickly prescribed bronchodilators and steroids---out of the room and on to the next patient within five minutes.

This time I had a list of questions—for instance: “What role does diet play, and should I take him off dairy products?” I explained that I’d learned that cow’s milk triggers mucus production, and since the lungs fill with mucus in an asthma attack, it seemed logical to me that taking him off dairy would be a good start.

As I talked, the doctor’s face became red and tense. He began pacing the room. I thought for a moment he was going to throw his pen at me. This doctor claimed to be the best for what ailed my son—“Asthma is my hobby!” he’d once said. Yet he never educated me about the disease, just quickly scribbled drug prescriptions.

One day he mentioned offhandedly that liquid steroids were "guaranteed" to stunt growth if given five times per year or more. As he sent me out the door with my fifth prescription for Prednisone in seven months! 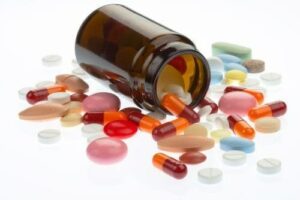 “Diet and exercise, diet and exercise! They’re nice, but they DON’T CURE ASTHMA!” he bellowed at my milk question. I meekly put my list away, and became well aware in that instant that what he had to offer was simply this: drugs.

If I wanted anything else—anything at all, whether it be advice, alternatives to drugs, information—I would need to look elsewhere. That was an initially frightening but ultimately empowering day. The day I took responsibility for my family's health.

The doctor visits ended, cold turkey, when I immediately eliminated dairy and sugar. We would from that time forward virtually eliminate refined and processed foods and eat a 60% raw, whole-foods diet.

I have never fed another spoonful of liquid steroids to any of my children. We would never again need antibiotics. Or cough medicine. We would soon say goodbye to inhaled bronchodilators forever. I studied extensively, and continue to do so, learning so much more along the way than I ever anticipated.

In effect, diet DID cure asthma. It’s still there as an inherent weakness, but we are symptom free. No more children turning blue, no more sleepless nights, no more panic attacks and racing to the hospital. I’ve shared my experience with a number of others who have seen equally miraculous results from simple changes.

This made a believer out of me, that M.D.s do not have all the answers, that I could find out good information by following my intuition and answers to prayers, and that much good information was available outside of the drug pamphlets in my pediatrician’s office.

When I need drugs or surgery, I’m glad the M.D.s are there. I want that to be a once or twice in a lifetime thing, though.

I had a good foundation to turn to natural remedies for health problems. When I was a teenager, I watched the events following my grandmother’s and uncle’s diagnosis of cancer—in their 50’s and early 30’s, respectively.

My uncle chose chemo/radiation for his Hodgkin’s Disease, caught in a very early stage, and we were all devastated when he died a very horrible and tragic death of the complications of those therapies, 18 months later, leaving behind his adoring wife and three little children. 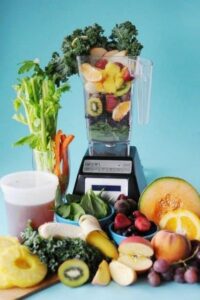 My grandmother, on the other hand, created a tremendous amount of controversy in the family when she decided to treat her very deadly Stage 3 melanoma with an all-raw diet, foregoing the “burning and poisoning” approach approved by medical doctors today. She drank so much carrot juice that she turned orange! But she lived another 25 years, and my grandfather was later told by an M.D. that his own cancer was dramatically slowed for three decades because of their excellent diet. I was heavily shaped by watching these family members’ experiences.

At first, the “road less traveled” for my children’s asthma was terrifying. I felt that if I left behind my faith in doctors, I’d be all alone! Surely thousands of doctors can’t be wrong! Over time, I have come to feel the very opposite of that initial fear: the sense of peace and control and faith that a self-directed education provides.

Very valuable is the resourcefulness of having a “box of tools” and network of help, to achieve health without helpless dependence on “modern medicine,” huge expense, frightening side effects, and powerlessness.

At first, my quest was to save my children from being sidelined in sports by their asthma, or their growth being stunted by steroids, or worse. That was accomplished. Additionally, I lost tons of weight and have remained at my ideal weight of 135 lbs. for many years now, and enjoy optimal energy that I need, for life as a competitive athlete. But, I have come to feel strongly that I was led down this path for purposes even greater than that.

In recent years, I have felt that by teaching people about green smoothies to start, and a progression towards a mostly plant-based, mostly-raw lifestyle, I have the opportunity to put my hard-won experience and knowledge to use for an even greater good.

I hope my story and what I offer on this site are of value to you, and I would love to hear your success story. Write us at support123@greensmoothiegirl.com and tell us what happened when you started green smoothies, or 12 Steps to Whole Foods!