Surprising (And Proven) Uses and Benefits of Castor Oil 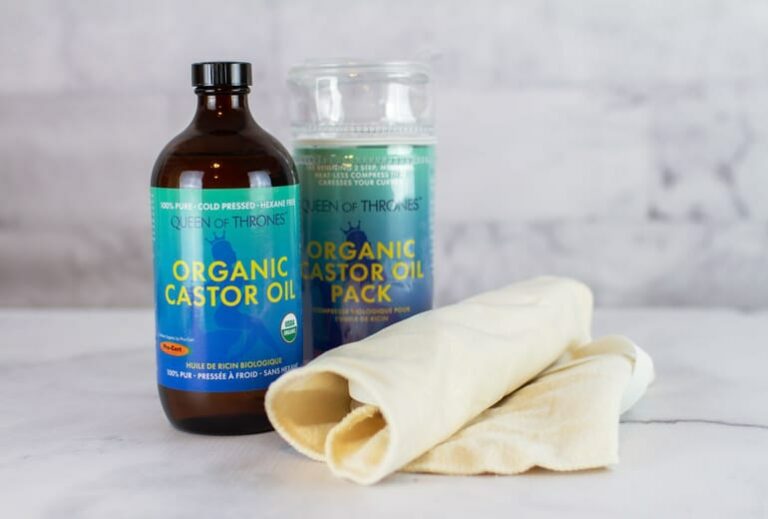 Your grandparents were onto something when they insisted on a dose of castor oil for every ailment.

While castor oil isn’t a miracle cure (spoiler alert, they don’t exist!), it does have potent medicinal properties that make it a good substitute for several common chemical remedies, as well as some useful cosmetic applications. Keep reading to learn what castor oil is, why you’ll want to keep it on hand, how to use it, and a few cautions to keep in mind.

What Is Castor Oil?

Castor oil is a type of tasteless, odorless vegetable oil that’s made from castor beans, or seeds from the Ricinus communis plant.

And while you wouldn’t want to eat a handful of castor beans as a snack (they contain a deadly toxin called ricin1), heat applied during the clarification process completely neutralizes the ricin,2 rendering castor oil safe and useful for a number of medicinal, holistic health, and cosmetic purposes.

Castor oil is good news for skin in several ways. First, castor oil has anti-inflammatory properties that can reduce skin irritation and redness (great news for acne sufferers!). Castor oil also has antimicrobial properties3 that keep skin clean (more on that below). And that ricinoleic acid in castor oil? It helps hold in moisture and prevent skin from drying out. Whether you have acne, dry skin, or irritated skin, castor oil can speed healing and lower inflammation.

How To Use Castor Oil For Acne and Skin

If you want to use castor oil to improve acne or irritated skin, all you’ll need is some castor oil, a clean washcloth, and some hot water. Before bed twice each week, clean your face then hold the washcloth dipped in hot water (not so hot that it hurts!) to your face for a few minutes, re-wetting the wash cloth if it cools down. This will help open your pores. Then apply a thin layer of castor oil to your face, keep it on overnight, and wash your face as normal in the morning.

Because of castor oil’s fatty acids and ability to lock in moisture, it can be a wonderful treatment for the hair on your head, eyebrows and eyelashes — without chemicals! Castor oil can also help soothe an irritated, inflamed scalp that’s prone to dandruff.

Castor oil can have amazing effects on hair and scalp, like helping reduce dandruff.

How To Use Castor Oil For Hair

Since castor oil is thick and doesn’t spread easily, try these application methods from Wellness Mama4 a couple times a week for hair:

How To Use Castor Oil For Eyelashes or Eyebrows

To apply castor oil to eyelashes or eyebrows, simply apply a thin layer to the eyebrows or the lash line (taking care not to get the castor oil in your eyes, it’ll irritate them) with a q-tip before bed. Then wash your face as usual in the morning. Many anecdotal reports noted visibly thicker lashes and brows within a week!

(Related: Why So Many Women Get Thinning Hair, and What To Do About It)

Castor oil’s moisturizing, anti-inflammatory, and antibacterial properties have been proven to help with chronically dry eyes and even cataract prevention and treatment.5 One study6 showed that using castor oil eye drops several times each day was significantly more effective in treating lipid-deficiency dry eye than placebo.

Can You Put Castor Oil In Your Eyes?

While some providers recommend applying a small drop of castor oil directly to your eyes, this method hasn’t yet been studied for safety and efficacy. Several brands of pre-mixed castor oil eye drops are available and can be used safely as directed.

Castor oil has long been recognized as an antimicrobial substance that is sometimes used for inexpensive wound dressings3 that lock in moisture without becoming infected. Castor oil even stands up to aggressive bacteria like staph and e coli!3

How To Use Castor Oil For Wounds

Castor oil makes a fantastic addition to any first-aid kit. Clean the wound first and apply a thin layer of castor oil before the dressing to keep a wound moisturized, improve any inflammation, and prevent infection.

(Related: How To Use Coconut Oil For Wounds, Cuts, Burns, And Scabs)

Candida overgrowth is a major underlying cause of many diseases and infections. And since castor oil has antifungal properties, it helps eliminate this destructive (and resistant) fungus that contributes to root canals, digestive problems, and thrush. 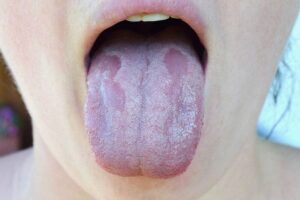 Castor oil is a powerful anti-fungal, and therefore has the potential to kill fungus such as candida.

Want a better way to remove warts than a doctor’s office visit involving a painful cold burn? Dealing with a painful herpes blister? Castor oil, with its antimicrobial properties and ricinoleic acid, will do the trick. I can personally attest to this method (and so can thousands of others, the anecdotal evidence here is pretty compelling!). Just soak a cotton ball in castor oil, apply to the wart or blister overnight with a bandage, then gently rub off any dead skin the following morning with a pumice stone or washcloth. Repeat for 1-2 weeks, and voila! Wart/blister gone.

As the organ responsible for filtering your entire blood supply every four minutes, the liver can become bogged down during a detox or a transition to a healthier lifestyle, during which toxins stored in the fat are released and need to be flushed from the body.

Castor oil packs can help increase blood flow to the area and aid the liver in filtering toxins out of your blood and body. Studies show castor oil packs help stimulate lymph and T-11 cells9 (which kill bacteria, fungi, and even cancer cells), improve gastrointestinal function, and help clear these toxins out of the body faster for stronger immune function and a smoother detox.

How To Make A Castor Oil Pack

Making a castor oil pack is simple and can be done with basic supplies (warning: this method is pretty messy) or by using a premade kit (check out the video, where I demonstrate my favorite castor oil pack, no mess!).

If you do want to make a DIY castor oil pack, just follow these instructions:

When applying the pack, wear clothes you’re okay with getting dirty. Castor oil can leave a stain!

Anti-Inflammatory Properties For Pain And Swelling

Castor oil has strong anti-inflammatory properties that have been shown to improve pain, and swelling when applied topically in animal studies.5

How To Use Castor Oil For Pain, Swelling, and Inflammation

To help relieve inflammation psoriasis or rheumatoid arthritis at home, you’ll get best results with a castor oil pack . Apply the pack to the skin over the affected area, then use a hot water bottle or heating pad on top of the castor oil pack for about 45 minutes. Repeat 2-3 times each week.

(Related: Ouch! I Sprained My Ankle! My DRUG-FREE Solution!)

Castor oil’s laxative properties are well known. When taken orally, the fatty acids in castor oil stimulate activity in the small intestines11 and help clear the bowels and ease symptoms of constipation like straining.12

How To Use Castor Oil For Constipation

Like most things, dosage and frequency are important. Check with your functional medical practitioner for an individual recommendation, but about three teaspoons should do the trick for an adult. Any more, and you may risk unpleasant side effects like nausea or cramping.13

While some people insist that castor oil is an “old wive’s tale” method of inducing labor, studies show that ingesting castor oil can indeed produce uterine contractors11 that jumpstart labor, similar to the way it triggers activity in the small intestines.

For this reason, pregnant women should NOT use castor oil as a laxative during pregnancy (instead, try using olive oil to help improve the consistency of stool). If castor oil is used with the intention of inducing labor, make sure to involve your midwife, doula, or pregnancy healthcare provider in the decision!

While castor oil is considered safe for topical use and consumption in small amounts, it isn’t a cure-all, and it shouldn’t be taken by everybody. If you’re currently experiencing any of the following symptoms, steer clear of castor oil (and consider seeing a holistic functional medical practitioner if the symptoms are new!):

You should also avoid using castor oil if you are pregnant, since castor oil can induce labor.14

A tiny percentage of the population may have an allergic reaction to castor oil when applied to the skin15. To find out if you are sensitive to castor oil, apply a small amount to a patch of skin, then wait a few hours to see if your skin becomes irritated.

What Kind of Castor Oil Is Best?

You’ll want to choose castor oil that's processed without harmful chemicals and additives. Avoid brands that add fragrances, fillers, or use the claim “natural” (which is marketing language that doesn’t mean anything quantifiable!).

Castor oil can either be extracted from castor beans using cold pressure (then heated for clarification), or a chemical called hexane16 (a neurotoxin that can cause severe health problems and is best avoided in any amount!).

Conclusions on Uses and Benefits of Castor Oil

Castor oil might not be a miracle cure-all, but it does have some amazing medicinal and cosmetic properties including antiseptic, antimicrobial, laxative, immune boosting, and moisturizing. Using castor oil can be especially beneficial when it replaces synthetic or chemical-heavy products! Keep this useful substance on hand as part of your holistic health toolbox.

Read next: Low Libido And Nutrition: 10 Health Hacks For A Better Sex Drive